Microsoft unravels the demands of the modern workplace

Of late there has been a great deal of talk about the digital workforce, workplace transformation and most recently, the modern workplace and how to enable it. Lifting the lid on the latter was Microsoft at its offices in Bryanston. For anyone coming out of university or pre-retirement, the changing nature of work is an exciting concept, but what does it all mean ?

Karin Jones, the modern workplace business group lead at Microsoft South Africa, began by noting that the shift towards a modern workplace, and digital transformation, is one of the largest changes that we have experienced in our lifetime. Jones explained that companies are leveraging technology to empower employees, engage in new ways with customers, and transform their products.

Simultaneously, she added, there is a new culture of work emerging, characterised by providing workers with a sense of purpose, harnessing their ingenuity, multi generational teamwork, and the sharing of expertise without or beyond boundaries. More specifically, the latter  entails people collaborating with co-workers who are in different locations, regions and even different countries. 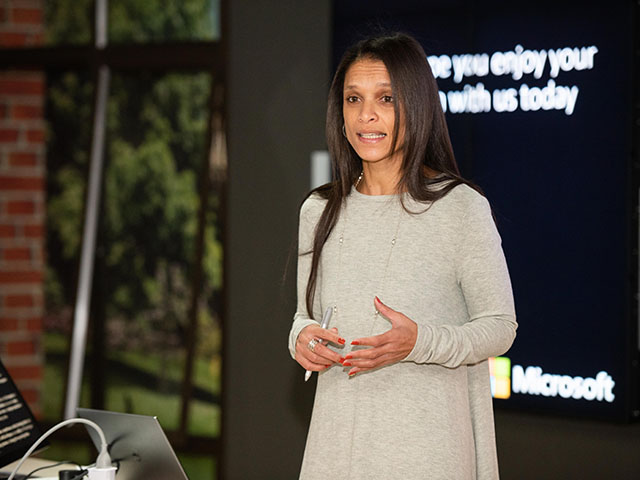 Another important consideration, and one that is mentioned time and again, is millenials and their influence on the workplace. The reason for this is plain, with millennials now ranging from 22 to 37 year olds, in other words, those who are in the prime of their working lives. According to Jones, this generation wants (or in some cases, demands) more open, collaborative workspaces, the facility to work from the device of their choosing, and of course mobility -the ability to work when and where they desire.

They are  not the only ones with new expectation, she added. So too, do employers require more from their workers. Top of the list, she continued, is creativity. “Everyone, regardless of their industry, needs to get creative,” she stressed. But employers don’t just need creativity and productivity from their workers, they also need those who can solve problems as part of their skillset.

Defence from the cybercrime scourge

Unfortunately, security greatly complicates the implementation of the modern workforce, and changes the game as far as which devices workers should be using. While hackers used to target large corporations, sometimes for the thrill of the challenge, now everyone is fair game. Additionally, the attackers themselves have grown up, with today’s attacks sourced in a state-sponsored cyberterrorism, hacktivists, and organised crime.

These groups are certainly not playing around, and are often incorporate cutting edge technology such as cloud computing, artificial intelligence, and data encryption to obtain data from businesses, organisations and unsuspecting users. The latter mostly rely on basic protective measures such as anti-virus or internet security software to protect their data and devices. 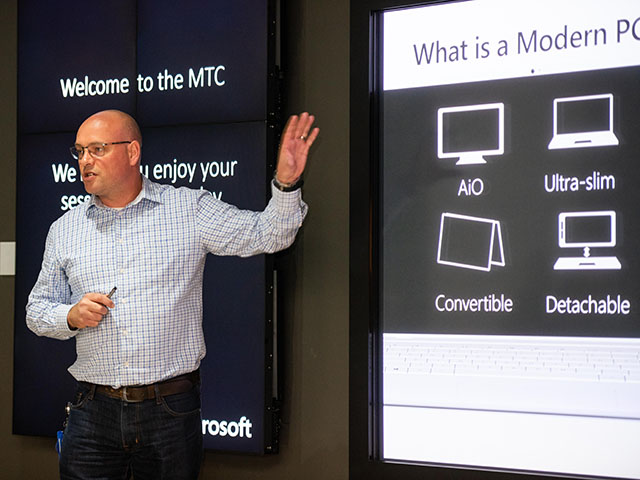 Modern solutions for a digital world

So what does this all mean for the modern worker of the present and the future? In a nutshell, the modern worker needs to invest in, or be provided with, modern devices and software that has been designed to enable collaboration and mobility securely. To this end, Bruce Murphy, Microsoft OEM Technical Sales – Design in Strategist, explained that the company’s security solution for business comes in the form of modern devices and Windows 10 Professional.

The main reason why Windows 10 Pro is recommended, rather than Windows 10 Home, is that the former includes business functionality for encryption, remote log-in, built in anti-virus and malware and ransomware protection. Additionally, users can also create virtual machines to protect their business data, and the built in BitLocker further helps protect their data.

Investing in the new

He noted that while Windows 7 can be run on PCs, it was released more than ten years ago, at a time when the crippling threat of ransomware wasn’t an issue. “Older machines can still work but they are not going to give you as much protection as you want,” he stressed.

The caveat here is that in order to best access these new features, individuals and business will need to invest in modern devices. Murphy explained that a modern PC is comprised of specific design, security and performance specifications. These include high end processing power (starting with a Core i5), at least 4 GB of RAM, eight hours or more of battery life on a single charge, solid state storage (SSD) and high definition screens. As far as form factors go, they vary from traditional notebooks to 2-in-1 convertible PCs. 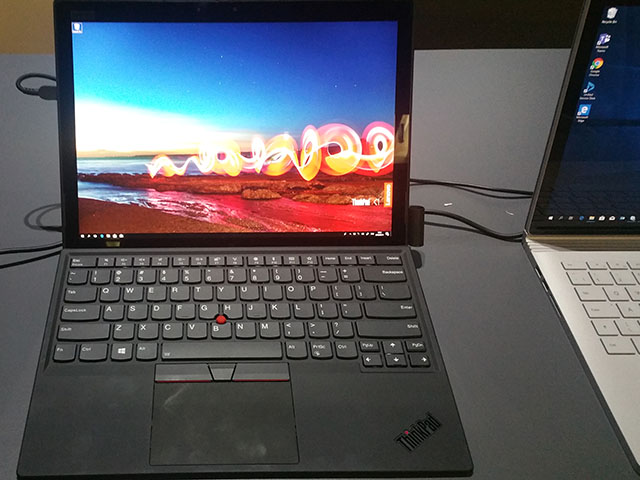 However, he stressed that this doesn’t mean businesses have to rip and replace, or rush out and spend huge amounts of cash on the latest and greatest devices available.  Rather, vendors such as HP, Dell, and LG all have PCs which fit the bill, at a range of prices.

He further pointed out that while SSDs are considered a requirement for a modern device, saving considerable amounts of time to boot up, most users don’t need the top tier of 512 GB, but rather can easily get away with 128 GB offerings. They can complement this with cloud storage, such as OneDrive for Business.

Ultimately, a modern workplace, the need for modern devices, and dealing with modern day threats all point to an inescapable conclusion: the world of work, and business are changing. It’s best to get with the times and embrace it.