A maximum Guide Number of 43 at ISO 100 provides enough power to light subjects in a wide range of conditions, with the flexibility to work alongside additional flashes using the radio or optical remote control system. Plus, with a lens coverage range of 24mm to 105mm, or to 14mm via the built-in adapter, the 430EX III-RT offers a wide or narrow spread of light which is controllable by the user.

Canon believes it’s an ideal flash for creative photographers, since it enables users to experiment with off-camera lighting set-ups, working alongside Canon’s existing radio or optical wireless flash control systems. Also compatible with cameras that feature an Integrated Speedlite Transmitter, including the EOS 760D and EOS70D, the SPEEDLITE 430EX III-RT can be used as an off-camera flash with output and power controllable from the camera menu.

The Speedlite 430EX III-RT joins Canon’s Radio Transmitter (RT) system, providing users with the flexibility to control up to five groups of RT flashes with up to 15 flashes, at distances of up to 30 m away. The SPEEDLITE 430EX III-RT can also be controlled by Canon’s ST-E3-RT or Speedlite 600EX-RT units, further expanding the available options for professionals and enthusiasts. 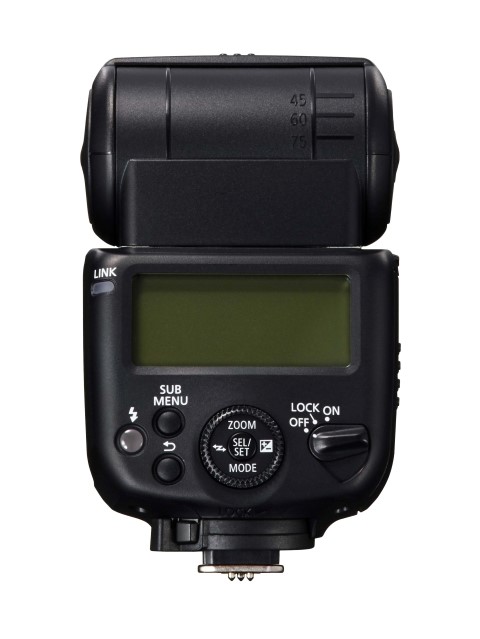 Reduced in size compared to its predecessor, Canon notes that the new flash provides photographers with a portable additional source of light, and offers faster and silent power recycling – ensuring the flash is discreet and always ready for the next shot. Additionally, the bounce adapter allows for a softer spread of light from the flash, when a more natural, flattering light is required.

An included orange colour filter allows users to match or contrast the colour of the flash light with the light sources around them, and an integrated catch-light panel provides the opportunity to add a sparkle of light. Canon added an enhanced illuminated dot matrix LCD display and a multi-control dial that provides shortcuts to the main functionality.

The Speedlite 430EX III-RT will be available in South Africa, but there is no set release date nor price just yet.