Things are shaping up quite nicely for Platinum Games' Transformers: Devastation. The cell-shaded 80s styled game was showcased in an awesome teaser trailer for E3. We were so impressed by it, that we added the trailer to our Top 10 at E3 2015 list. Now the awesomeness continues, as a new full-length trailer has debuted as Optimus Prime "gears up and gets ready to crush some metal," a lot of it, based on the trailer. 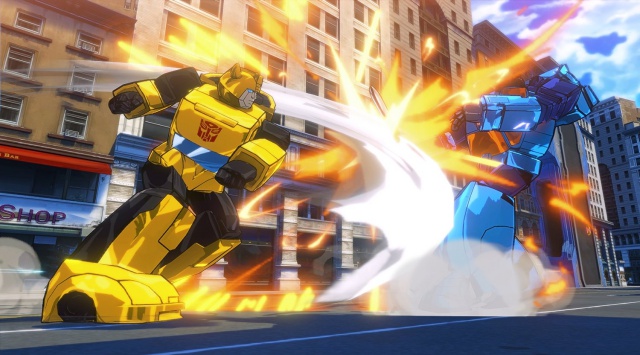 It seems like Prime, along with Bumblebee and a few other Autobots have their work cut out, taking on enemy Decepticons in both vehicle and robot mode. Although the game's full storyline is not detailed, it appears as if the Decepticon Devastator will be the big boss gamers will have to take on at the end.

For now Platinum Games has not detailed when Transformers: Devastation will be hitting consoles and PCs, but its release date has been scheduled for sometime in 2015.

Enough with the words now, simply click on the trailer below, sit back and enjoy.