Nike and Adidas have been in a constant game of oneupmanship for the past two decades now. In a World Cup year, the battle for footwear supremacy is greater than ever. In an effort to innovate, both brands launched very similar hybrid sock/football boots. Is knitted footwear the future of the sport?

Ever since Nike debuted its Flyknit technology two years ago, it has garnered a large following among running enthusiasts and streetwear aficionados alike. Nike expanded the technology to a host of its popular products, with the aim of bringing featherweight durable footwear to the masses.

The Nike Magista looks to bring the same lightweight construction and innovation to the football field. Specifically designed for creative playmakers, the Magista offers improved touch, control and traction between the player’s foot and the ball. 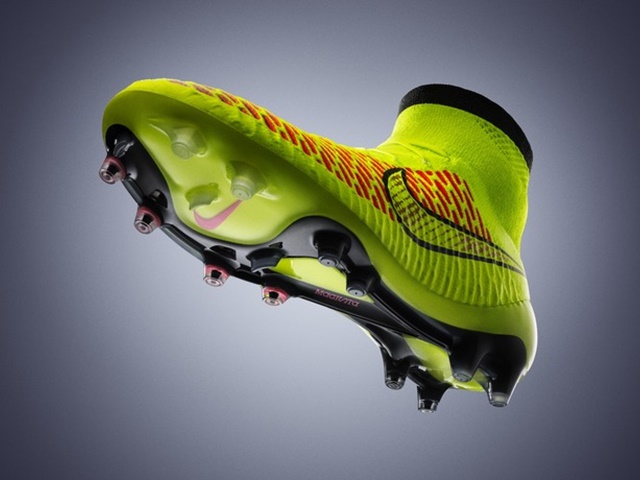 The Magista’s second skin design and sock-like feel is a result of four year’s of R&D in the Nike Sport Research Lab. It features a 3-D knit textured upper which is only 0.1 mm thin, that’s thinner than a sheet of paper. Ensuring the boot remains strong and solid while players twist, turn and shoot, Nike also incorporated Brio cables that are knitted into the upper, maintaining the Magista’s boot-like shape. The conical stud plate for the Magista features a combination Pebax/nylon construction, improving traction on a variety surfaces.

At this stage, no official release date or pricing is available for the Magista, but consumers can check out its webpage and register to find out more information about this innovative boot and when it will be hitting shelves. If this new creation is anything to go by, the future of Nike Football looks bright, luminous yellow bright. 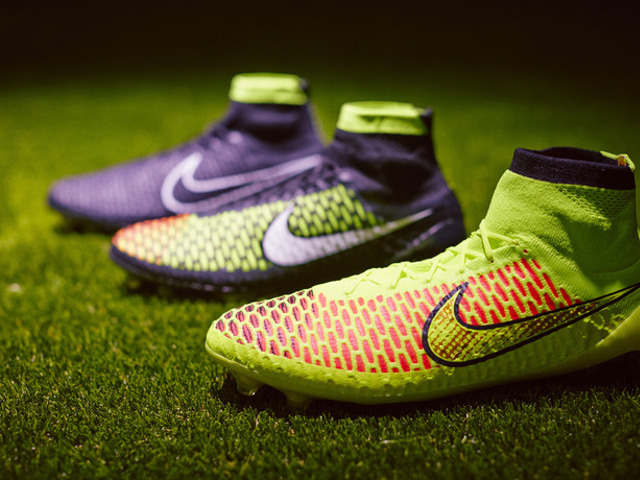 To its credit, knitted technology in football boots is not a new concept for Adidas. The company unveiled the first mid-cut woven football boot, the Adidas Argentina in 1954, perhaps a little to revolutionary back in the day, Adidas has used its design as inspiration for its new Primeknit FS.

The FS is the company’s second knitted football boot to debut in just as many weeks, with the Samba primeknit showcasing last week. The FS has drawn inspiration from that revolutionary model and created a mid calf length, sock-like feel, knitted football boot. Only a few details are known at this stage for this limited edition release. Apart from its second-skin design, the Primeknit FS features absolutely no traditional overlays, laces or edges whatsoever. 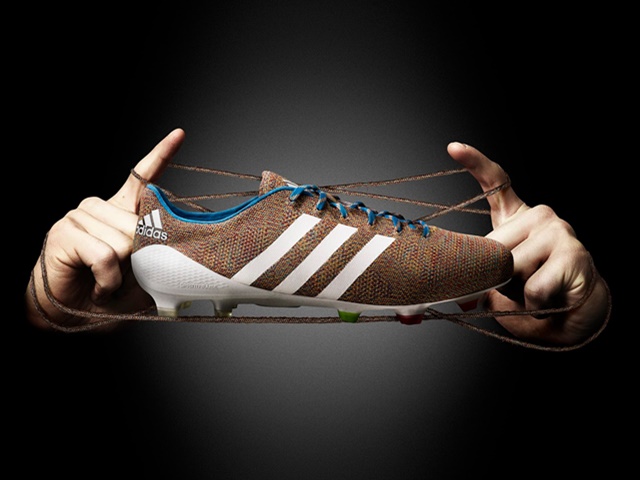 Similar to Nike’s Magista, the FS is intended to offer an improved feel and touch for players with uncompromised control. Constructed from one piece of lightweight yarn, the FS is able to provide new levels of flexibility, comfort, stability and strength according to Adidas. Each piece of yarn is given a special water resistant coating to ensure ideal comfort in most playing conditions.

The Primeknit FS’ all black with red and white accent design is said to evoke memories of the iconic Copa Mundial boot, still regarded as one of the best boots ever made and prized for its amazing feel and comfort. If the FS can have that sort of success, it may very well be the future of football boots. No release date or pricing is currently confirmed for the Primeknit FS. 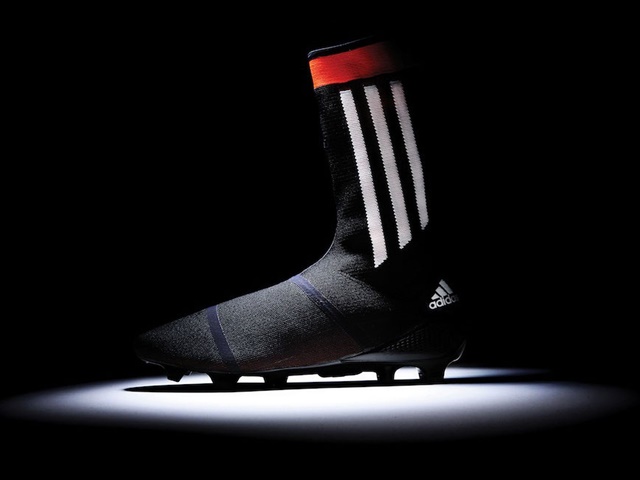