Early last month, rumours started flying about the potential of another Overlord game. Happily, these have been born out as true, with the next entry in the Overlord franchise, complete with rampaging minions, officially confirmed by Codemasters.

For those who never had the twisted pleasure of playing an Overlord game, the franchise offers a twisted take on the standard fantasy staples. Instead of having to conquer an evil menace and restore peace to your kingdom, you are the evil menace, and with the aid of gremlin-like minions, have to wreak as much havoc as possible.

Rhianna Pratchett is once again at the helm of writing the game’s story – which means it will likely follow the previous two entries with more outlandish, irreverent humour. Where the game will set itself apart though is that it will boast an up to four player cooperative multiplayer, with not just one evil Overlord wreaking havoc in the kingdom, but four newly revived Netherghuls tasked with releasing hell on earth. 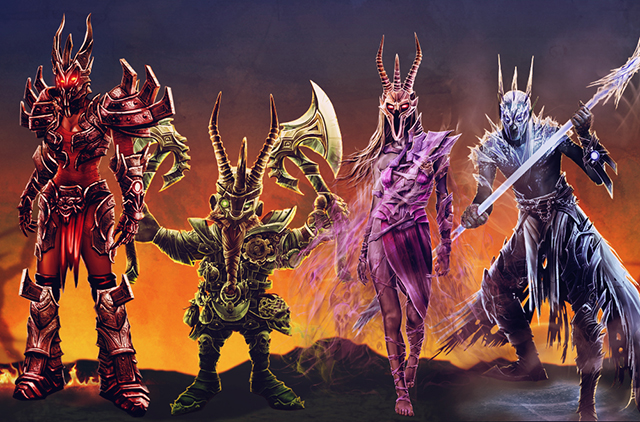 Players will be able to step into the shoes of Inferna, a brutal and legendary warrior who was crushed in aggressive altercations with rock trolls; the devilish necromancer Malady who extinguished her own life in return for a nefarious dark curse as well the Dwarven rogue Hakon and dark elf Prince Cryos, who killed each other, confirming that mutually assured destruction truly is mad.

Aiding them of course will be the aggressive red Minions, the poisonous green ones, the healing blue minions and of course, the dullards of the group, the browns, who, if we remember correctly, considered smashed pumpkins appropriate headwear. The game is slated for release later this year on PC, Xbox One and PS4. Take a look at the developer diary below for more.