Private beta for Call of Duty: WWII kicks off 25 August

August is a significant month for gamers as the world's top publishers and developers descend on Cologne, Germany for Gamescom. It should also prove intriguing for fans of the Call of Duty franchise, as the latest title WWII will deliver a private beta to experience the new features in the game.

To offer up a taste for those that have not pre-ordered yet, a video showcasing what the private beta will showcase has seen the light of day. In it, we get to see the highly detailed visuals of the multiplayer beta, in which gamers can explore some of the new maps that have been developed for this latest foray. Added to this will be divisions within your army, bringing specialist fighters to the mix, along with the introduction of a 'War' mode. 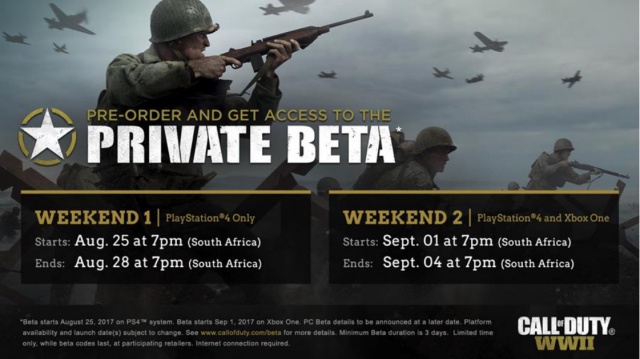