Embracing the era of smart, sustainable, and slick...
0
comments

At SAS’ event, held in Rosebank last week, there were two notable surprises. The first was the role data, analytics and AI is set to play in business and our lives. The second was a fascinating insight into the expansion of human perception by the world’s first cyborg, Neil Harbisson.

Harbisson detailed why he made the controversial decision to have an antenna implanted in his skull, and what exactly it enabled him to do.

Born colour blind, he humourously noted how much of our world is based on colour recognition - from stopping at a red traffic light, to recognising the flags of different countries. However, he pointed out, seeing in greyscale had its advantages, most particularly better night vision and memorising objects more easily without the distraction of their colour.

He continued that in truth, both colour and sound are just frequencies of vibration, so he created a means by which he could hear colour, and not just the normal red to violet spectrum, but the infared and ultraviolet spectrum as well. The difficult part, he related, was finding a doctor who would do the surgery to implant the antenna. 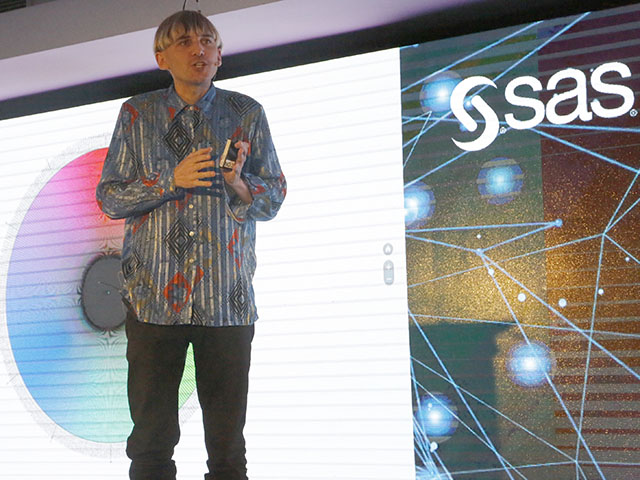 The next hurdle was an ethics committee which ultimately refused to authorise the surgery as it did not consider the antenna a natural body part. Additionally, the infrared and ultraviolet sensory perception was considered outside the range of human norms. He joked that the condition that likely made them most resistant was the publicity of someone leaving the hospital with an antenna protruding from the head. Undaunted though, Harbisson found an anonymous doctor who was willing to help.

And then there was the amusing story of the UK government, who wanted him to “take off” his antenna for his passport photo, as electronic equipment is not allowed in official photos. This, he joked, he could not do any more than he could remove his nose.

Harbission, who had the surgery done 14 years ago, then elaborated on what it is like to have extra sensory perception. From ‘hearing’ a meal depending on how it is placed on his plate, and ‘hearing’ the colours of a grocery store, to ‘listening’ to artwork and ‘hearing’ people’s faces, based on their complexion, he seems to enjoy a rich, sensory life.

Can you hear me now?

Additionally, his antenna can be connected to the internet, which enables him, via connecting to NASA’s space station, to hear the colours of space. Furthermore, there are apparently five people throughout the world who can send him the colours of their location over the internet, and Harbisson’s antenna will translate it into sound that he can hear from thousands of kilometres away.

This, he explained, leads him to believe that the internet, can and should be used as a sensory extension. Indeed, he is a strong proponent of the movement, whereby humans modify themselves to experience the world more fully. Rather than augmented reality or virtual reality, Harbisson encouraged embracing revealed reality, that which is already present but goes unnoticed due to our own limitations. 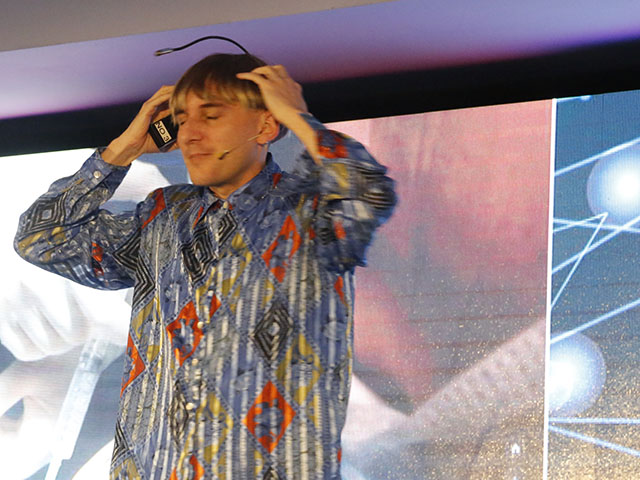 Survival of the most sensitive

However, taking such drastic action, breaching the default human senses and designing ourselves is not a whim.

He pointed out that designing ourselves to survive rather than modifying our environment, it could be better for the planet as a whole. One example of this is if we enhanced our ability to see in the dark, it could reduce our consumption of electricity.

Even as Harbisson was cogent, humourous, and his body modification clearly had a good purpose to it, it left the question whether in the future making cybernetic adjustments and changing what it is to be human may become more of a necessity than a choice.

This, particularly in light of the environmental and climatological challenges which humanity seems determined to bring upon itself.