As with most smartphone manufacturers, once a flagship device is unveiled, it invariably sees the addition of lesser specced and smaller sized versions down the line. Samsung is no different, having just debuted the latest addition to the Galaxy lineup, the S5 Mini, a scaled down version of its Galaxy S5 (review).

This new compact device is fitted with a 4.5" (720x1280) Super AMOLED display, which is a slight step up from the 4.3" version found on the Galaxy S4 Mini (review). On the rear, users will find the same dimpled plastic back cover found on the S5, with the integration of a 8 megapixel primary camera, compared to the 16 megapixel camera fitted onto the flagship variant. Samsung has also scaled down on some the key internal components, with a 1.4 GHz quad-core chipset and 1.5 GB of RAM, that falls short of the processing power afforded to S5 users, but should still retain a relatively responsive smartphone. 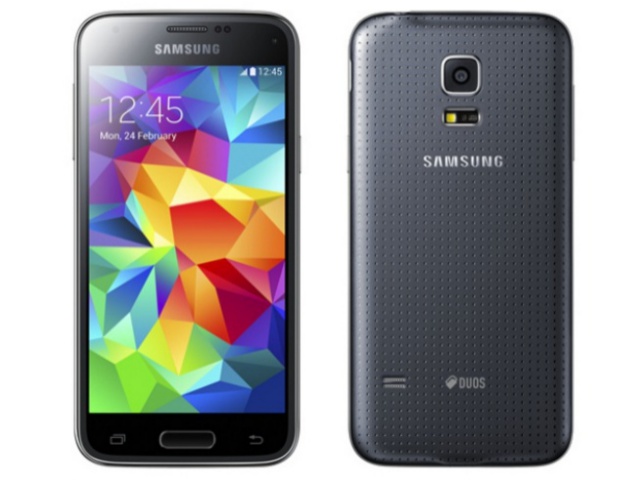 Although Samsung has incorporated a range of less high-end specs into the design of the Galaxy S5 Mini, it has still retained many of the unique features that we first saw in the flagship S5. These include the heart rate sensor, which is still located directly underneath the primary camera for S Health application use, fingerprint scanner integrated into the home button and IP67 level dust resistance and waterproofness. The S5 Mini will also be running the latest version of Android, 4.4.2 Kit-Kat, as well as Ultra Power Saving and Privacy modes.

At this stage, no pricing has been detailed for the S5 Mini, with its first release scheduled for Russia later this month, and South African release dates still unknown.