Whenever a solar powered vehicle comes to life, it often has to prove its worth by completing some feat of endurance. The same holds true for the Solar Impulse 2, a solar powered plane that aims to promote green energy and cost effective air travel by completing an ambitious round-the-world trip. The plane will be flown by Swiss pilot Andre Borschberg, who will certainly put his own body to the test as he tries to fly around the world.

It's been a 13 year journey for Borschberg as he has been developing the Solar Impulse 2 plane with fellow Swiss pilot Bertrand Piccard.

Capable of travelling between 50 km/h to 100 km/h, the Solar Impulse 2 features a 13 kW electric motor, as well as several rechargeable Lithium Ion batteries, all of which draw power from 17 000 solar cells located on its wings.

The Solar Impulse 2 departed from the UAE capital of Abu Dhabi yesterday, and is destined to touch down in Oman to complete the first leg of its trip. After this the Solar Impulse 2 will make 12 stops in total, with the amount of flight time expected to last a combined total of 25 days. 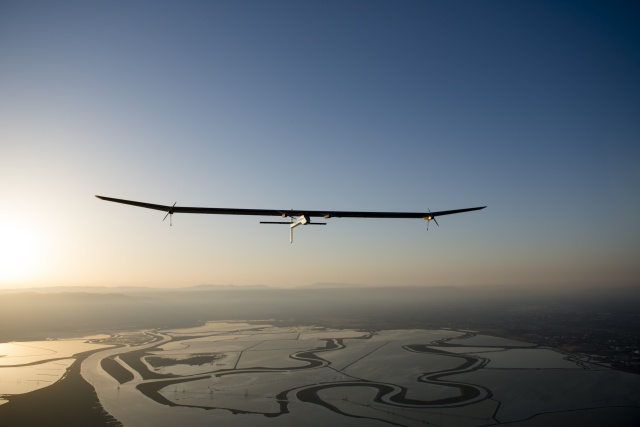 It is set to take a total of five months to complete its journey, and the plane will travel through the Arabian Sea, India, Myanmar, China, Hawaii and New York among others. The longest portion of the trip will be an estimated 8500 km, as the Solar Impulse 2 will travel across the Pacific Ocean in its journey from China to Hawaii.

For those interested in monitoring Borschberg's progress over the next five months, head here.