Are you getting a tad bored of Star Wars Battlefront at the moment? It's a good thing that EA has recently detailed a forthcoming expansion at Gamescom 2016 then. Titled Battle Station, it sees gamers journey into space this time round, choosing to either represent the Rebel Alliance or Imperial Fleet with the Death Star serving as a backdrop.

According to developer EA, there are three phases to the objectives in this expansion. The first lets gamers pilot either an X-Wing or A-Wing, as well as a TIE fighter or TIE interceptor. The aim of this phase will be to demolish or defend (depending what side you're on) a Imperial Star Destroyer. The next phase takes the battle inside the Death Star, bringing with it two heroes in the process. For the dark side, bounty hunter Bossk is joining the action, but for the Rebel Alliance, Chewbacca finally makes his appearance. The last phase will involve trying to blow up the Death Star, with players able to inhabit an X-Wing as Luke Skywalker to deliver the kill shot. 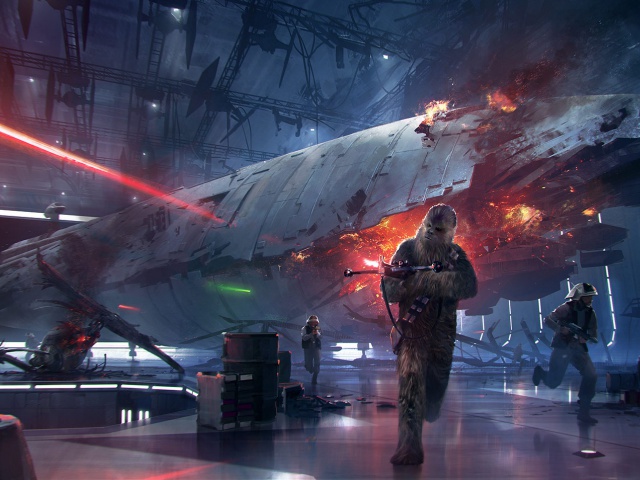 EA says this expansion will arrive sometime in September, but no precise date has been detailed just yet. Still, the chance to play as Chewbacca and blow up the Death Star seems too good to pass up.