Night has come to Cape Town

He has thirty seconds.

Thirty seconds before the next patrol comes past. Then he can run for it. It’s summer, but he only knows that because it isn’t snowing. Snow, at least, comes only in the winter. In summer, it’s just fucking cold.

It was just after sunset, and years before he was born, when the earth stopped spinning, and the cold is the only world he knows. He’s heard about the Cities of Light, in the north, where the sunshine is eternal, but here, on the southern tip of Africa, the city – there is only one left – is condemned to eternal Night. And with the Night, comes the cold.

He hears a noise to his right, and crouches down lower against the barren earth, hidden in the shadows of a Darktree. The massive fence rises up in front of him. He flexes his fingers instinctively, getting ready to climb.

No one knows why the planet stopped spinning on its own axis suddenly, bringing down human civilisation with it. He has seen photographs of Cape Town before it happened, of the sunsets, the greenery, the beauty. And the city is covered with graffiti offering various and obscene interpretations of The Last Sunset, the last time light shone on this place. And he’s heard the people who say that it hasn’t stopped spinning at all, that it is simply spinning much slower; that one day Light will return to this half of the earth. But that means nothing to him. All he’s interested in is getting out. Getting on board one of the ice-ships and sailing north, away from this dead place. And in his bag, is his ticket out of town.

Table Mountain rises out of the earth behind him like some fearsome thing. In front of him lies the city, dark and foggy; here and there he can see the white glow of Rustlights, spectral and hazy. The wind is rough tonight, so cold that it could wound you. It makes it difficult to hear or see properly. If a guard sees him, sneaks up on him, if something goes wrong …

The moon is out too, adding a little of its own cold light. That is the new measure of a day: moonrise and moonset. It will set soon, which means the morning sirens will sounds and the whole mine, the whole city, will wake up, all the Rustlights will be switched on, and any chance he has of getting out will be over. If they catch him, they’ll take him to the King. And the King will kill him.

He looks down at the things inside his backpack. Small, misshapen rocks, nothing more than simple brown stones – worthless. But if he lets a little moonlight spill onto them, they change. Blue light ripples across their surfaces, like a shockwave. And the stones begin to glow: iridescent, mesmerising. He snaps the bag shut. These things are worth a fortune. They are the only things that matter in the new Cape Town. The only reason the city still stands, the only reason that Cape Town didn’t go the same way as all the other Dead Cities that were caught on the wrong side of the daylight, is because of the mine underneath Table Mountain that produced these little rocks. Grind them up, and they produce Rust. Rust: able to generate electricity, gravity, magnetic fields. Able to spontaneously produce fire and ice. If a man ingested Rust, he would be capable of wonderful things. He could kill someone with the power in his hands. Just like magic. But how you get these lumps of rock to do any of that, he doesn’t know. All he knows is that they are expensive and dangerous. 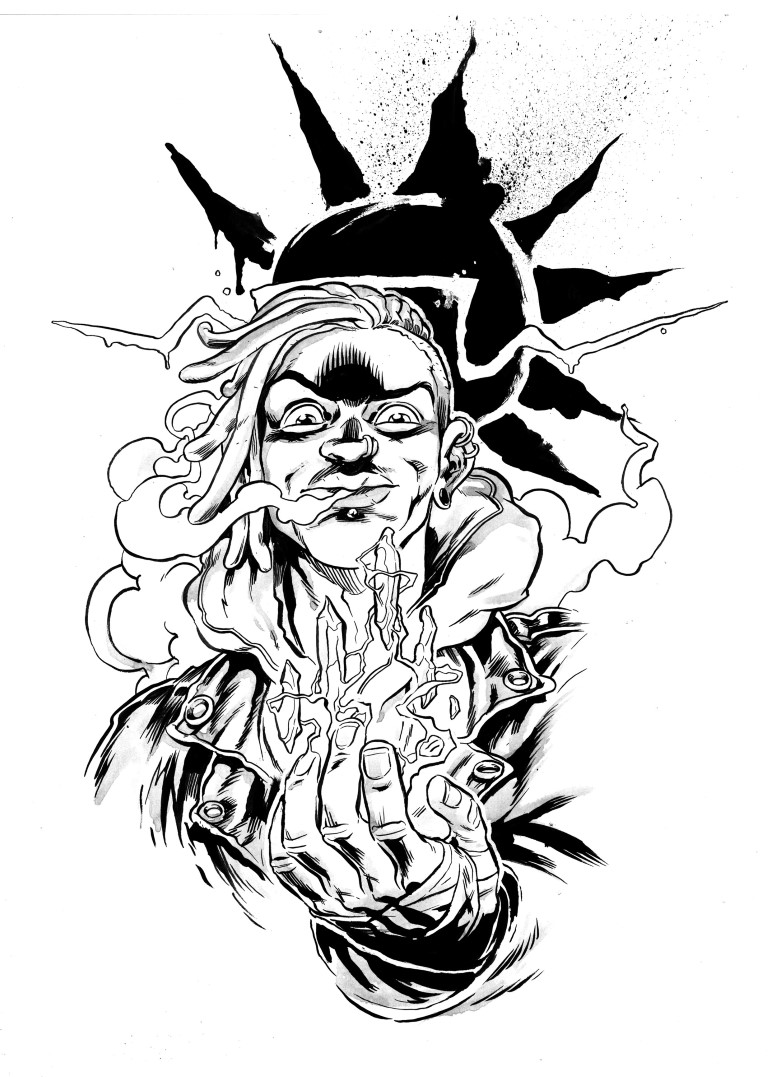 
About the author: Beyers is busy with an MA in creative writing at UCT. He likes writing stories about lies and strangers and secrets, while his characters smoke a lot of cigarettes and like to wear scarves. Beyers is in the process of writing his first novel.