Cake, who loved his wee human name and his loving human owners, had always known his kind’s long-held purpose. He waddled through their suburban home, huffing as he was cursed to do, past canvases with trite hipster aphorisms, highlighted by the glow of a Macbook perched on a recycled wood pallet desk. Cake hated that his basket was so far away from his RFID-tag operated dog door; the mission across the house every night was unkind to him. But with shortened sinus cavities come important powers, and Cake was as fine an avatar of Pugkind as any. He paused in the living room, his eyes cast to opposite corners of the room. In the eco-friendly darkness of their home after hours, Cake held deathly still.

Pugs are a breed known to this world for their Tumblr-friendly personalities, utterly ridiculous faces and inability to breathe silently. But what they were truly bred for has been long lost to this world of bright lights and sanitised, managed horrors. The secret project of a spectacularly racist horror writer, pugs know and see more than just cute outfits and palate operations. Cake, begat of Princess P and Sir Moustache, was part of a long, long line of hunters, with eyes primed to see the horrors that lurk on the periphery of human understanding and spiritual tolerance. Like the horror that happened to breathe redly in the shadows of the lounge. Cake held his head up higher, tilting it just so to bring the creature fully into his vision. Pugs lack the imagination to truly attempt contemplating the vast, cold indifference of the creature that warped time quietly in the corner of the lounge. He lifted a black lip as he snarled at it. It cocked what might have passed for a head at the pug.

“How is it that you see me, when the mortals don’t?”

Cake dropped onto his haunches. “The humans cannot bear to see, and so they don’t. These people are frightened by rain spiders, by not sorting their garbage properly. They don’t even know how to cope during black-outs. They don’t even know how to survive without flat white coffee without almond milk in it. They would be crippled by the likes of you. It is why they raised us. We see and speak for them - we are the guardians of their sanity. It is the work of my squint-eyed kind.”

The creature lapped at the shadows thoughtfully with its eye-mouths. “Fair enough. Needs as must when the unspeakable appear. I happen to be lost on my way to a convention of elder gods looking to branch out into public speaking. Do you happen to know the way to the Sandton Convention Centre?”

Cake’s tongue rolled out of his mouth as he thought for a bit. “You could hop onto William Nicol, just a few blocks down. Go past the giant Pick n Pay, then head left onto Sandton Drive, can’t miss it.”

“Thanks,” offered the unspeakable evil in the corner.

“Don’t mention it,” replied Cake. “But if you do come back, then I will have to summon the Gathering, and I would rather not. It is hell on the electricity bill and it starts earth tremors. This city is one earthquake away from falling into the mineshafts whence it came.”

The elder god, unnameable and older than the stars above, snorted. “I’ve got better things to do than trifle with a pair of intense power yuppies, mortal hound. So, left onto William Nicol?”

“No, right. Head down Ballyclare from here.”

“Got it. May your path be littered with the innocent.”

“Yeah, fine, whatever. Just know that this house remains under my protection.”

It nodded, and like that, the corner emptied out. Unfazed, Cake nodded to himself and continued onwards towards his basket, where chew toys and soft fleece blankets from Woolies waited for him. 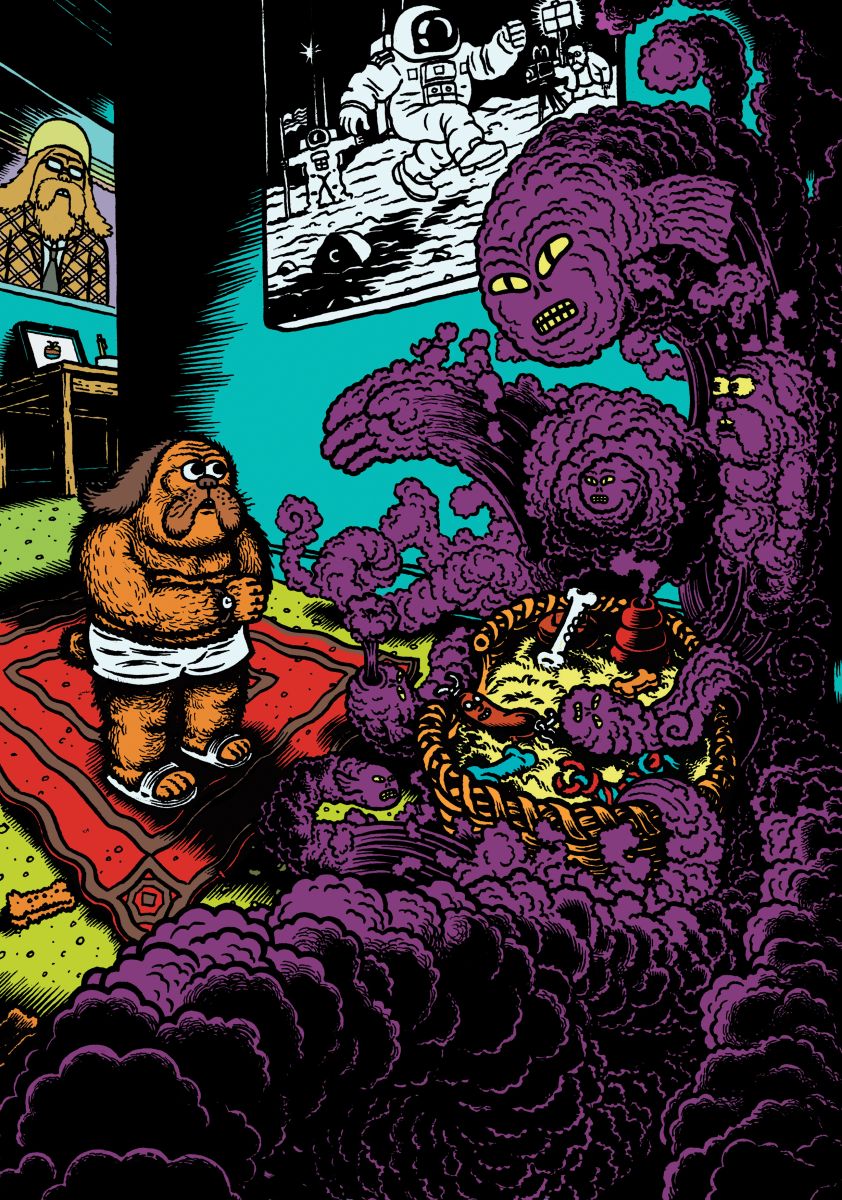 Zoe Hinis's story won the initial TechSmart Gigabyte Short Story Competition, thereby scoring her an amazing Gigabyte U2440N notebook. Thanks to all who entered and Gigabyte for sponsoring the prize. Originally published in TechSmart 135, available here.

More about Zoe: Zoe Hinis is a freelance writer and karate instructor in training, who writes non-fiction with flair and loves the short story as an art form. Her writing is influenced by pretentious literary tastes, the news and really surreal IM conversations with strange, strange friends. Her first story was written at the age of eight and involved Queen Vicky and a bazooka. Zoe writes online at zoehinis.com and zojodojo.com.