Telkom September Exclusive Deal of the Month: Five things you need to know

Millions in Savings: Pay less for the LG UltraGear...
0
comments

Every month, Telkom has a deal on for its mobile offerings. September's one is particularly noteworthy, as the company says its a broadband deal that'll "never be repeated". Whether or not that turns out to be true remains to be seen, but what's on offer is certainly hard to deny as a great deal.

The September exclusive serves up 25 GB in total per month for a 24-month contract, which is split between 10 GB of wireless data, 10 GB of Night Surfer data and 5 GB of mobile data. As such, it has all the bases covered from a broadband perspective, but what else do you need to know before signing up for this deal? Here's the five most important things.

One of the first things you need to about the September exclusive is that the R299 per month for 25 GB of mixed data offer only applies for the first 1000 people that sign up for it. As such, if you are truly interested in joining the fastest LTE network in the county, time is of the essence.

Part of this deal's allure is that it will turn users' homes into LTE-connected hotspots, offering much faster data speeds and 5 GB of mobile data in case your line goes down via the LTE enabled Huawei router. That said, Telkom says it's worthwhile to check that your home falls within its LTE network.

For those residing in the major cities - Johannesburg, Cape Town, Durban, Bloemfontein and Port Elizabeth - coverage should not be a problem. If, however, you find yourself far away from a metropole, Telkom's LTE may be in shorter supply, so check the coverage map. 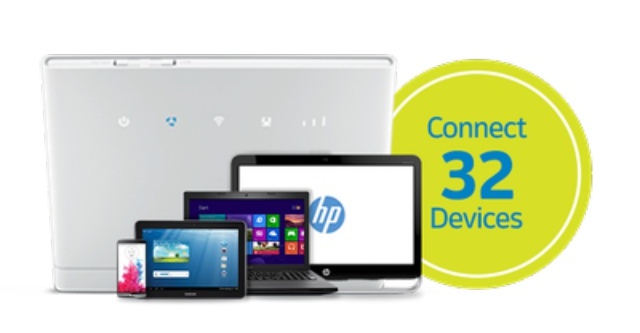 LTE connectivity is great, but a substandard router often means the broadband download and upload speeds are less than ideal. For this September exclusive deal, Telkom is including a Huawei B315 LTE router. It caters to CAT 4 LTE, and can handle speeds of up to 150 Mbps. Added to this is the ability to connect to 32 devices at the same time, as well as sporting a 250 metre Wi-Fi range.

While 25 GB of data to enjoy certainly sounds nice, there a couple things to bear in mind. The 10 GB of Nite Surfer data is applicable from 12:00 AM to 7:00 AM each day in the month until it runs out. Another aspect to be aware of, is when the 25 GB gets used up in a month, an out-of-bundle rate of 29c/MB takes effect. There is also no carry-over for data, so should you have a little bit left over when the month ends, it will not be added to the next month.

If is wasn't apparent before, the September exclusive is precisely that, and will only be eligible for application from 1 to 30 September this year. A deal of this nature from Telkom does not come around all that often, which is why the company has stated that it's an offer never to be repeated.

With LTE now the new standard by which good broadband connectivity is measured, not to mention the rise of streaming services and online content on platforms like ShowMax, there hasn't been a better time to sign up for a new data deal. Do it now though, as those September exclusive 1000 places won't stay vacant for long.