The Infiniti QX80 is an 8-seater SUV bound for SA

Few markets have embraced the luxury SUV as South Africa has. As such, Japanese manufacturer Infiniti is hoping to increase its SA footprint with the arrival of its own 8-seater luxury SUV - the QX80. For those unfamiliar with the brand, Infiniti is the premium car division of Nissan, designing more luxury vehicles and concept cars, than its Japanese brethren.

Up until now, the manufacturer has only debuted a small number of its models, all of which falling under the saloon category. The new QX80 however, is its first luxury SUV and one of the more distinctive looking vehicles you'll find on SA roads. 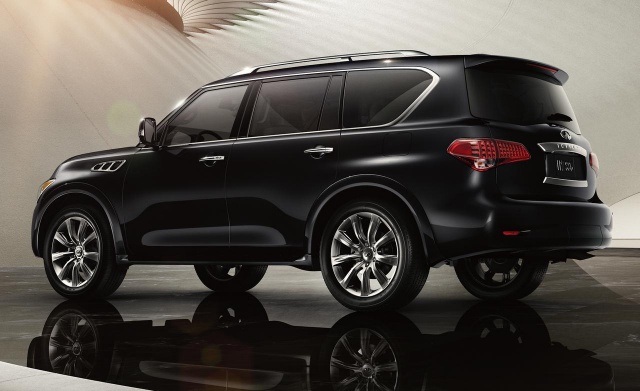 It is not merely looks however, that Infiniti says distinguishes the QX80 from other SUV rivals in the market. Instead, its roominess and high vertical space cabin make it one of the more comfortable options out there. With space for up to eight people, the QX80 is divided up into three specific seating zones, with two up front and three in the middle and rear. Each of these zones has its own entertainment setup, allowing passengers to enjoy movies on dual 7" displays mounted into the headrests.

Safety is also a big focus in the QX80, with two systems in particular standing out. The first is Distance Control Assist, which works with Infiniti's Intelligent Cruise Control mode to anticipate traffic flow and aid the driver deal with any unexpected obstacles up ahead. The other is Forward Collision Warning, a system that makes use of the QX80's sensors to scan the road ahead, and ready the brakes to avoid any impending collisions. 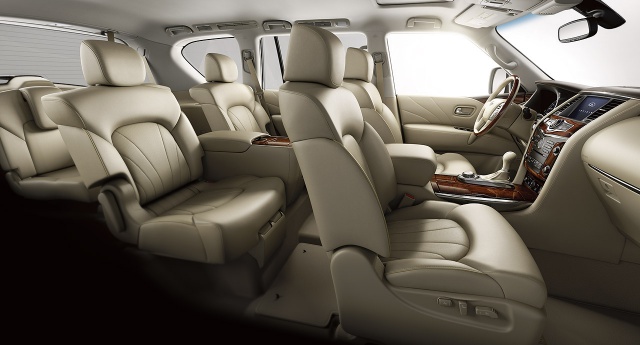 Being a luxury SUV, the QX80 also has a sizeable engine, with a 5.6 litre V8 engine used to propel its large frame forward. Generating 298 kW of power, and paired with 560 Nm of torque, the QX80 can both take off quickly and cruise comfortably on the highway.

Pricing for the Infiniti QX80 is set to start at R1.2 million, with test drives already available for prospective customers. For more info, or to book a test drive, head to www.infiniti.co.za.