The Volkswagen up! set to hit South African roads

When Volkswagen brought the production of the iconic Citi Golf to an end in 2009, there was a bit of void left in the German manufacturers lineup, especially as far cheap and cheerful entry-level cars went. February 2015 however marks a new addition to the Volkswagen family, which could just fill that gap. Although the new Volkswagen up! is not as cheap as the Citi Golf, with pricing starting at R133 500, it certainly looks to have the cheerful aspect well covered. 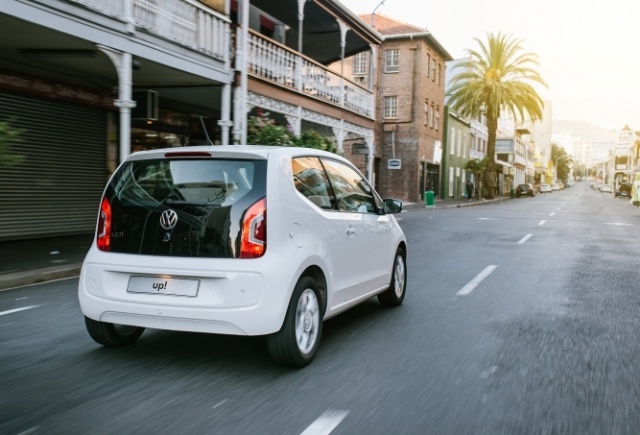 The up! is designed to deliver the best value for money experience that Volkswagen can muster, and makes a rather enticing offer for drivers who place fuel efficiency and low carbon emissions above engine output and top speeds. It's intended to deliver the pure and simple basics, as only Volkswagen can do, while at the same time producing a minimal footprint.

When it comes to looks, the Volkswagen up! resembles a mixture of Opel's new Adam offering, with design cues from the VW Polo thrown in for good measure. You’ll find short body overhangs and a long wheelbase to culminate in a tidy looking three-door city car. There also seems to be a distinct amount of charm to the up!, which is a key component of any small eco-friendly city car in our book, a characteristic that should come in pretty handy when going up against the large SUVs and devil-may-care Taxis of the Joburg CBD. 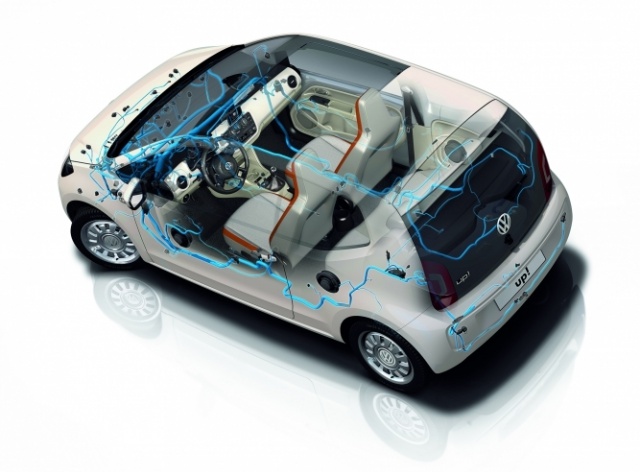 The up! is available in two variants, the Take up! and Move up!, each with their own array of options and unique setup. The Take up! is the cheaper of the two at R133 500 (excluding extras), with the Move up! commanding a fraction more at R140 500. Both cars take care of the basics as far as in-cabin options go, with air conditioning, power steering and airbags all taken care of. The Move does however throw in a MP3/Radio, as well as electric door mirrors and remote central locking.

When it comes to the engine, VW has kept things on the modest side, with both up! models featuring the same 1-litre three-cylinder engine. It's output is similarly modest at 55 kW, but should prove enough to deal with travelling on the highway, as its top speed is 171 km/h. It can also reach 100 km/h from a standstill in a respectable 13.2 seconds, although is not the up!'s strong suit. Instead, rather look to its fuel economy and low carbon emission. The former is registered at 4.7 litres per 100 km, according to VW, which means that its 35 litre fuel tank should yield a minimum of 700 kilometres in between petrol stops. Added to this, the up!'s carbon emission is measured at an estimated 108g/km, fulfilling the Euro 4 emission standard. 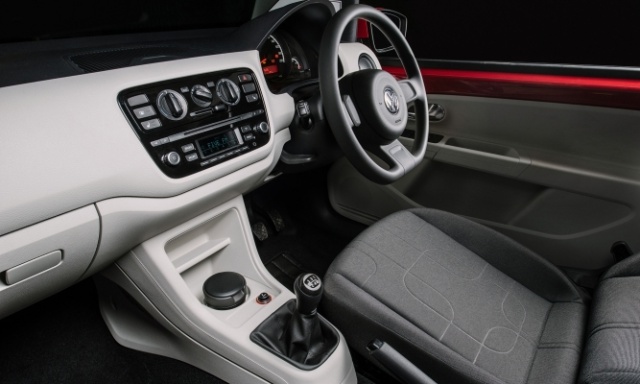 For more info on the Move up! or Take up!, visit Volkswagen here.