Tapping into technology to drive the sustainabilit...
0
comments

The impact of cybersecurity on healthcare and the ...
0
comments

A beautifully rendered gaming environment is as vital to a player's overall experience as the character mechanics and storyline. Over the past decade, we've truly seen the envelope pushed as far as a game's visual elements go, thanks in large to the highly specced gaming consoles and PC graphic cards currently available. To pay homage to titles that were as exciting to play, as they were to look at, we've compiled a list of the most visually stunning video games to date.

Our list comprises of console and PC titles that were released after the Sony PlayStation 2 made its debut at the turn of the century. We understand that there are plenty of beautifully designed games that were created before then, like The Legend of Zelda: Ocarina in Time on the Nintendo GameCube or Gran Turismo on the PlayStation. But we decided that the PS2 marked a real change in the amount of detail in video games, as well as providing an improved medium for developers to express themselves.

It's safe to say that The Last of Us (review) pretty much owned the 2013 gaming universe, scooping up almost every Game of the Year title going. We were similarly impressed by the well structured storyline and character development that kept us clamoring for more. One area that this title performed equally well, was its beautifully constructed environment, put together with painstaking patience and attention to detail by its developers, Naughty Dog. 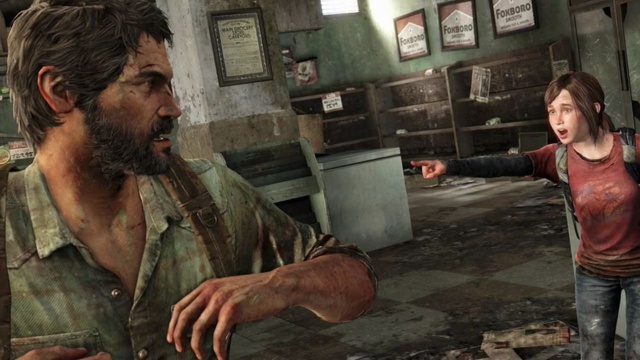 Whether we were exploring the sprawling expanses of the ever-growing wilderness or fighting off infected humans in dystopian cities, The Last of Us had you hooked from the first to last frame. We cannot wait to see just how amazing the new Remastered version coming to PS4 will look later this year.

One of the key aspects for any good RPG title, is an wide-ranging world for your characters to get lost in. On that front, The Elder Scrolls V: Skyrim hits the mark perfectly. The beautifully immersive world that developers Bethesda created, is highly detailed and littered with numerous areas for players to explore and enjoy. As you trek through the world of Skyrim, you are constantly taking in breath-taking visuals of an awe-inspiring environment. This practically wills gamers to search each and every inch of the land of Tamriel hoping to discover some carefully hidden easter eggs. Some of the game's best elements are the views from the top of the Throat of the World or the panning shots of Alduin as he prepares to attack from the skies.

The premise for Shadow of the Colossus is fairly simple, travel from city to city and defeat the gargantuan monsters that inhabit the area. Defeat all sixteen of the Colossi and you'll gain the power to resurrect your one true love (guys are always trying to do that). 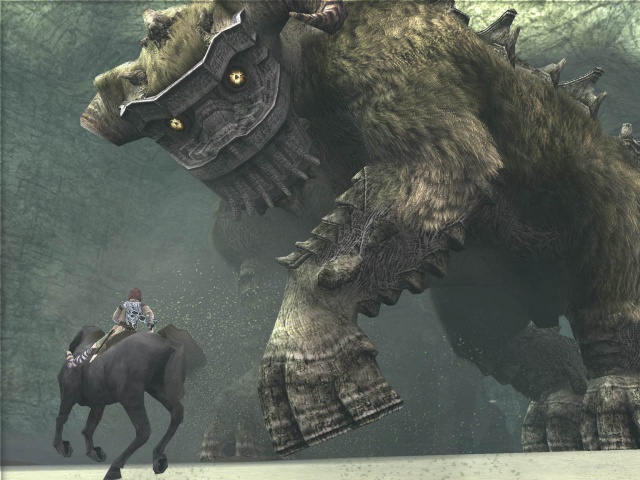 The game's world is not distinctly large, what is however, is the aforementioned Colussi, all of which are uniquely designed with a variety of different attacks as well as vulnerabilities. The game's developers, Team Ico, did a fantastic job of incorporating beautifully crafted environments for gamers to enjoy and make use of while taking on the Colussi. What made this game so brilliant, was the detail given to the Colussi, looking equally stunning and formidable at a distance, as they did up-close.

The Final Fantasy series is one of the longest running RPG titles in gaming history, and as such has close to two decades to perfect its unique range of characters, enemies and environments. The thirteenth installment in the series, Final Fantasy XIII, is largely regarded as the best looking title that Square Enix has ever developed, and rightfully claims a place on our list as one of the most visually stunning games ever produced. 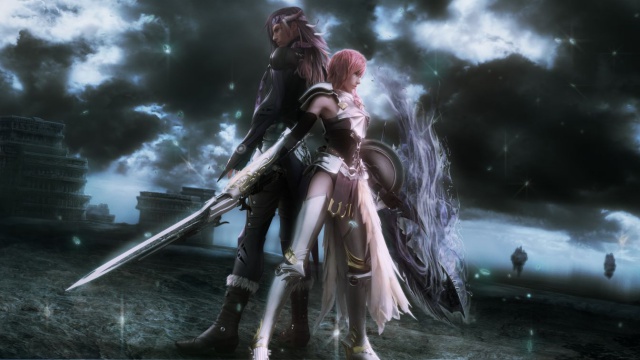 Each character is intricately designed, drawing inspiration from popular Japanese mythology, futuristic technology and manga-style animations. The cinematic cutscenes and boss battles are equally stunning and truly make it one of the best games ever, at least from a visual standpoint.

For truly unique gaming experience, you'd be hard pressed to do better than Heavy Rain, which is described as an interactive noir thriller. The reason why Heavy Rain is difficult to fully categorise, is the fact that it has been influenced by many different genres, mixing it into a title that is as engrossing as it is innovative. 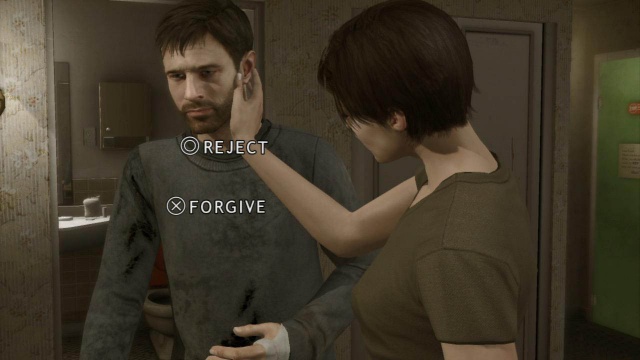 What made the game so fantastic is that it took everyday gestures performed by characters in-game and transformed them into a key aspect of the gameplay. It was also one of the first gaming titles to take full advantage of PlayStation Move (review). This lent itself perfectly to the visuals of the game, which remains steeped in mystery, building tension and suspense beautifully.

There are few video game characters that are as cool as John Marston from the Red Dead series. An old-school cowboy and rebel that shoots from the hip (literally and figuratively) is pretty difficult for gamers not to enjoy. But even more than Marston's swagger and pistol skills, gamers were also impressed with the amazingly detailed world that Rockstar Games were able to create. 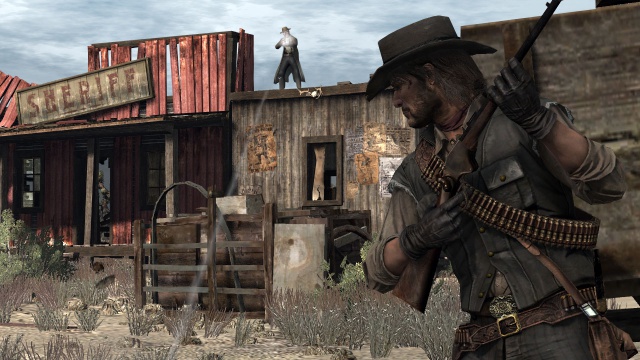 Apart from needing very little sleep, Rockstar was able to capture some fantastic elements of frontier life, with a vast landscape brought to life while riding your trusty steed. It is during those long journeys from town to town, that gamers really got the chance to appreciate the rendered mountains, plateaus, desert and rivers created, made even more beautiful with the glow of the sunset on the horizon.

The utopian city of Rapture has far sinister origins than many may imagine (as they often do). This is a vitally important element, as the attention to detail given by developers 2K Boston in creating a derelict environment serves as a great vehicle for unravelling Rapture's past and ultimate demise. Although a former shell of itself, 2K has drawn clear inspiration from 1960s era Art Deco architecture, which is pretty fitting as it is the same decade the game is set in. 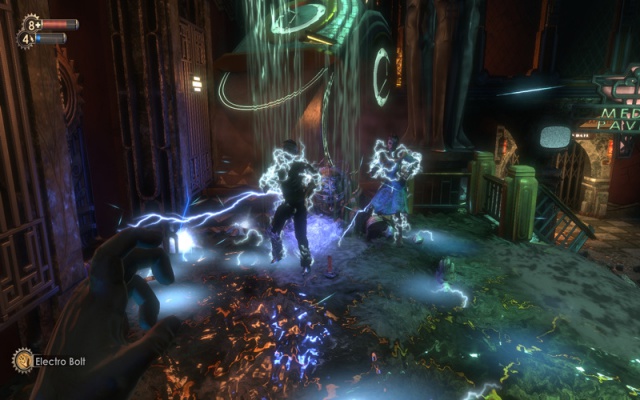 Aided by a strong storyline, the first person shooter style gameplay lends itself well to the feeling of being trapped and trying to escape. Apart from the cutscenes with some of the insane inhabitants of Rapture, one of the best moments of the game is when you have to go up against heavily armoured and powerful Big Daddies, that protect the rather eerie looking Little Sisters throughout the game.

Often described as the PC title that redefined the RPG genre, it only takes five minutes of gameplay with The Witcher 2 to find yourself agreeing with that statement. The stunning levels of detail and technicality captured by its developers CD Projekt RED are simply staggering. 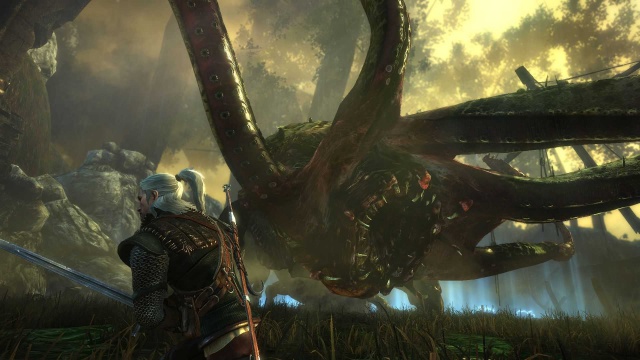 In a very similar way to Red Dead Redemption and Skyrim, the differing environments that the main protagonist Geralt travels through, create an immersive gaming experience that gamers can truly become lost in. When going on horseback, this aspect is highlighted even further, with lighting and character movement translating expertly on screen as you make your way through lush forests and treacherous mountain landscapes.

Perhaps one of the less hardcore gaming titles on this list, but no less deserving of its place, Rayman Legends is one of the most visually dynamic and well crafted platforming video games around. 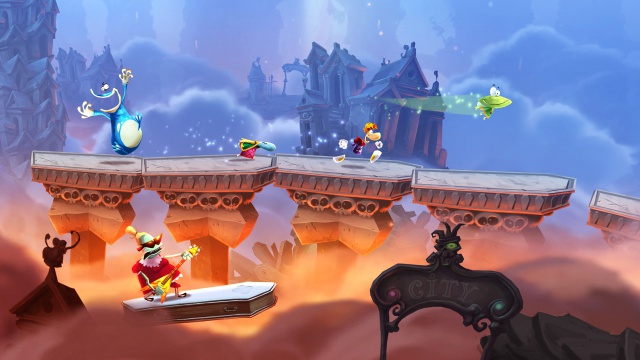 Rayman, the title character, is a protagonist that a lot of gamers will instantly recognise and utilising against the backdrop of a series of different worlds cleverly formed from the creative minds of developers at Ubisoft Montpellier. Featuring 120 uniquely designed levels filled with some fantastically drawn artwork, Rayman serves as proof that a game does not have to be based on real world inspiration to be engaging and a joy to play.

The final installment in Kratos' war of vengeance on Mount Olympus saw the Spartan warrior serve up more gore and violence than ever before. SCE set the stage straight away, with Kratos flung face first into the action, as he takes on Poseidon and his hybrid water/fire/horse/crab-like form. Sounds crazy, and it is, with gamers taking on one of the series' toughest boss battles right off the bat. 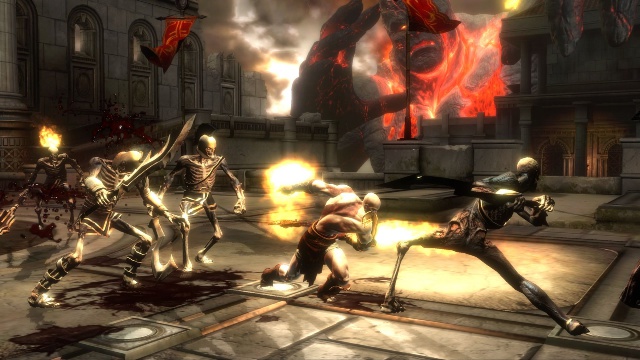 It also appeared as if developers took full advantage of the PS3's processing capability, with close-angle melee brawls looking just as detailed as the larger scope boss battles. Our personal favourite was the battle involving Hades, as you fight to keep ahold of your soul as well as trying to defeat the god of the underworld.

Let us know what you think of our list in the comments below.