They say imitation is the sincerest form of flattery, but whether LG will think the same following these most recent reports remains to be seen. According to leaked images posted on Venture Beat, the 2016-slated Moto X devices will feature a similar modular design to LG's G5 (review) flagship.

Venture Beat has reported that Motorola aims to unveil a set of modular components to increase the functionality of the core Moto X devices, akin to the LG G5's friends. The extent of the accessories has not been fully detailed, but early indications point to a stereo speaker, larger battery pack and camera grip with optical zoom and flash controls. Hmm, wonder where they got that idea?

While it appears that Motorola (owned by Lenovo) have taken several design cues from LG, the mechanism for attaching said smartphone accessories does differ. If the leaked images below are anything to go by, the two Moto X devices will feature two rows of magnetic pins near the base of the back cover. It's unclear how secure such a mechanism would be, but it would be a great deal faster than the current system that LG employs. 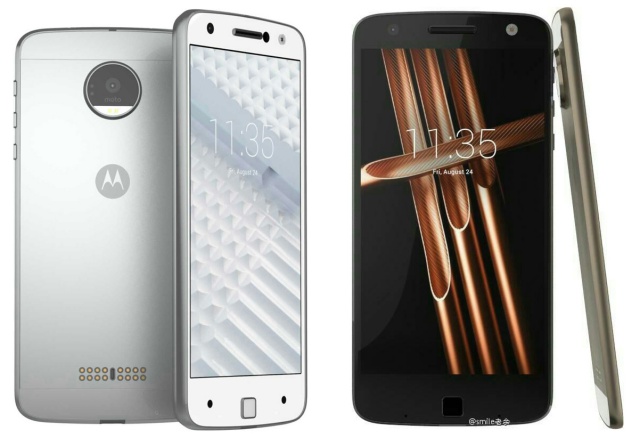 At the moment, a release date for these devices remains unconfirmed, but Venture Beat believes these pair of modular Moto X's could hit US retailers by 24 August. Droid Life, however, says they will make their official debut on 9 June, at Lenovo's Tech World event.