WildStar gets announced with new trailer and Beta signup

In the same kind of vein as Overwatch, Splatoon and Block N Load, WildStar is a free-to-play online title from developers NCSOFT. Just like games of a similar ilk, WildStar aims to deliver fast-paced multiplayer shooting action, with all the usual brightly coloured characters and uniquely designed arenas one could think of. Still to make its official debut, WildStar has just released an announcement trailer. Although it offers little in terms of WildStar's gameplay elements, it does provide some background as to the game's story. 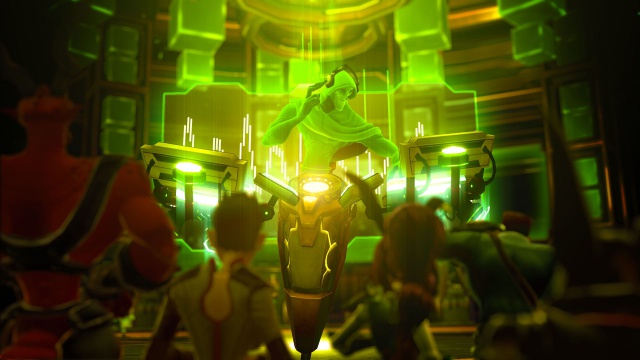 Online gamers will have to choose between two warring factions, The Exiles and The Dominion, as both fight over the Planet Nexus. Along with its free-to-play status, the trailer below also details an upcoming Beta that interested gamers can sign up for.

Along with Planet Nexus being the gamer's battlefield for WildStar, there will also be a number of different classes and paths to choose from, with the latter linked directly to how gamers will want to experience the world of Planet Nexus. The Explorer path for example will uncover secret trails and search for hidden relics in-game, while the Settler path places an emphasis on developing arenas and building items to use in-game.

If the words free-to-play gets your gaming adrenaline flowing, check out the WildStar trailer below and visit the site.

DeskStand Jumbo
Fitbit Versa
Is cybersecurity now as important as health and safety?