Last week Apple began its rollout of iOS 9 (first impression) to many of its new devices, as the Cupertino-based company declaring it the fastest download of one of its mobile OS' in history, with 500 million downloads to date. One of iOS 9's most talked about features, prior to release, was App Slicing. This feature is designed to limit the amount of space that apps take up in one's iDevice, by ensuring that it only downloads the necessary assets required for the app to work.

Unfortunately, this aspect of iOS 9 is not available at this stage, due to a bug in iCloud, according to Apple. The company does however state that this feature will be available in future updates for the new mobile OS. 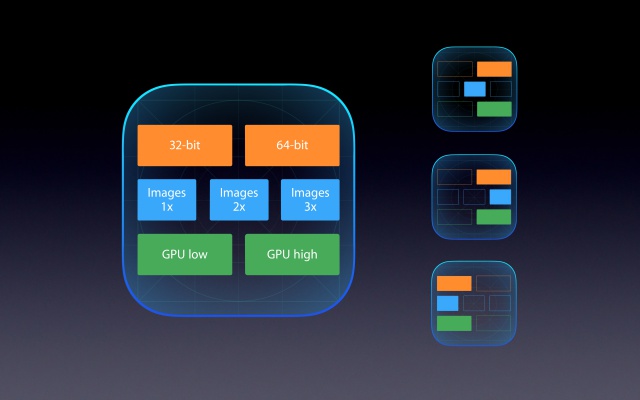 Ars Technica has pointed out some of the advantages that App Slicing would bring. It says that when one downloads an app on a iPhone 5 for example, the assets in place for the iPhone 6 and 6 Plus might also be part of the download. App Slicing would mitigate the need to download those unnecessary assets and eliminate any wasted space.

While Apple has not detailed when the next significant update of iOS 9 is coming to iDevices, it should prove interesting to see how App Slicing improves the performance of the older iPhones.