Even as Aruba Networks made a solid case for the digital workforce at its Atmosphere 2016 conference in Portugal, it wasn’t entirely finished with explaining the benefits of optimising the work environment, centering it around a mobile first, cloud first approach.

The company highlighted a global study released earlier this year which broke down in detail the benefits of properly executed mobile strategies. More specifically, the study, entitled Mobility, Performance and Engagement by The Economist Intelligence Unit (EIU), established an undeniable connection between more mobile-first working environments and an increase in both employee engagement business performance.

The study showed that companies rated by employees as “pioneers” in how they support mobile technology, saw a rise in productivity (16%), creativity (18%), satisfaction (23%) and loyalty (21%), when compared with organisations that were poorly rated at supporting mobile technology.

“Today, most companies understand that a mobile-first approach can be good for business, but if you can tell a CEO of a Fortune 500 company that their organisation can achieve a 16% increase in employee output, or tell HR directors that they can increase loyalty, we believe they would make mobility an even greater investment priority,” asserted Chris Kozup, vice president of marketing at Aruba

“While past studies have recognised the impact of increased mobility on employee engagement, establishing the business outcome has been a missing link. This report quantifies it,” he added. 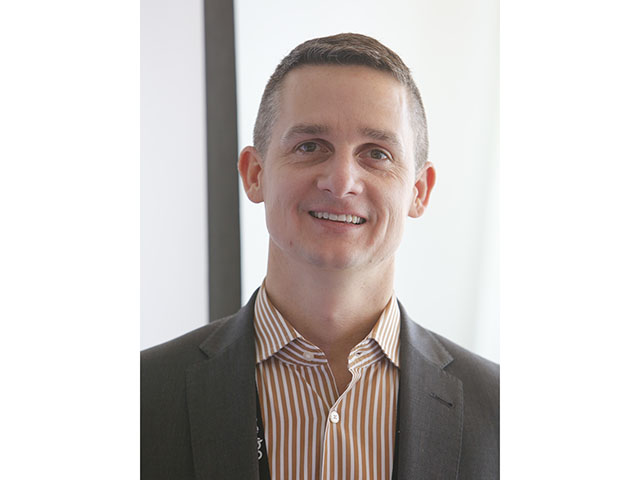 The study, which surveyed 1865 employees globally, demonstrates that many workers recognise the benefits of mobile-optimized work environments. In fact, 60% of employees said mobile technology makes them more productive, while more than four out of 10 (45%) believe it causes their creativity to rise.

The EIU’s analysis looked to define how the wide adoption of mobile technology was impacting business outcomes by defining the key dimensions of a mobile-first employee experience, then demonstrated how each dimension contributes toward business performance. A number of key trends stood out, with mobile working leading the charge.

It was the ability to work anytime, anywhere that was recognised as having the single-biggest affect, with almost half (49%) of respondents saying it has the greatest impact on their productivity.

This also affected employee satisfaction (an important metric when it comes to retaining talent), with 38% of respondents identifying mobility as having the greatest impact on how satisfied they are with their employer.

Alongside mobility there was also collaboration, another factor which ranked highly. Globally, the ability to collaborate effectively was rated the most important factor affecting creativity (38%). Another one-third of respondents said it has the greatest impact on their loyalty.

The study also found that to help foster better collaboration, 42% of companies are now using digital collaboration tools that work on mobile devices – a figure that rises to 56% in the UK. Mobile messaging apps, such as Whatsapp, are also used for work by 31% of organisations, peaking at 66% in Singapore.

“The opportunity and the challenge here is to marry employee demands for remote working with team collaboration,” Kozup continued. “The rise in mobile collaboration tools presents new ways for businesses to keep teams together and working effectively, even if they are physically apart. It’s clear that companies who are able to do this are in a better place to attract and retain the best employees.” 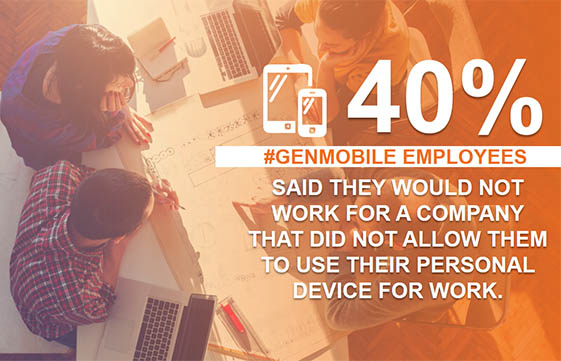 The next two trends, access to mobile information and workplace freedom, spoke to providing workers with flexibility and agility, two qualities which are apparently no less desireable for employees than they are for IT departments.

With regards to access of information, the study found that 42% of employees cited the ability to access information quickly and easily as having the greatest impact on their productivity levels.

Meanwhile, for nearly a third of employees (32%), being able to work anywhere within the office emerged as being the biggest contributing factor to their creativity.

This means that a company can potentially gain more creative output just by offering some choice, an imperative that Kozup talked about in depth during our one-to-one interview. In a nutshell this can be pivotal in enabling and fostering innovation in a company, helping a business disrupt itself from within before it is disrupted by external competitors.

As if that wasn’t enough motivation, a further 29% reported that workplace flexibility makes the biggest difference to their loyalty. To foster this freedom, the report found that 46% of companies are now offering a hot-desking environment with mobile connectivity at any location, showcasing that more collaborative work environments are on the rise. Interestingly, it is the UK that is leading in this regard, offering the highest level of hot-desking (54%) followed by Australia and Germany (both 53%).

"Work has to happen on people's own terms," added Holger Reisinger, senior vice president, and head of the New Ways of Working Initiative at audio technology company Jabra. "We need to offer as diverse a choice as possible. You want it to be personal; to be more productive. The more you try to control that, the more you risk people being turned off work." 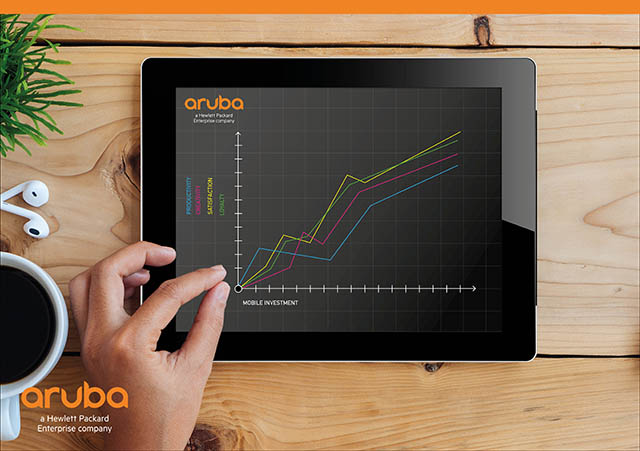 Mobile not just for millennials

Perhaps the most eye-opening aspect of the study was how age agnostic the benefits of mobile can be. The EIU study found that a respondent’s age was not a factor in how mobile technology impacts their performance and engagement. In fact, it dispels the popular notion that mobile working is the domain of the younger generation, making it even more critical for organizations to place mobile technology as a top priority.

The distinctions were made between respondents who consider themselves early adopters of technology – those whom Aruba defines as #GenMobile – and those who consider themselves as laggards. Early adopters are significantly more likely to report that mobile technology makes them more productive (72% of this group agree with this statement, compared to 50% of laggards), satisfied (59% versus 48%), creative (52% versus 40%), and loyal to their employer (44% versus 31%).

However, these #GenMobile respondents are also more demanding. 40% say they would never work for a company that did not allow them to use their own mobile devices for work, compared to 22% of all employees.

“This reaffirms that #GenMobile employees are a demographic not defined by age but who are better described by their reliance upon and affinity for mobile devices, rather than the year they were born. Not only are early adopters more valuable employees, the views they hold today may well become the majority view in the future as mobile technology becomes even more widespread. CIOs would therefore be well advised to take note of and address their concerns,” stressed Kozup.

“This report proves that CIOs have the opportunity to use their mobile technology strategies to influence the employee experience – and therefore the productivity, creativity, loyalty and satisfaction of their workers,” added Pete Swabey, senior editor at The Economist Intelligence Unit.

“This is a departure from the usual target outcomes of efficiency and cost optimization, and allows IT to make a more meaningful contribution, both to the strategic ambitions of the organisation and to the lives of its workers,” he concluded.

To guide CIOs on how to think about mobile-first working in ways that can positively impact revenue, Aruba has developed a CIO blueprint for creating profitable mobile environments.