In a bid to consolidate its offerings moving forward, NetApp has just launched new storage products into the market.

While over the last year, storage and data management solutions provider, NetApp, has turned its attentions to development and alliances, its ability to release new, innovative products into the market has certainly not diminished. As evidence of this, the company announced its new storage products, the entry level FAS2500 and the high-end, extreme performance FAS8080 EX. Andre Swanepoel, head of channels and alliances for Africa at NetApp, explained that the new storage system platforms are intended to enable customers to have a smoother transition, should they start small and wish to move to the high end of the product range.

Products with a purpose

As for the two products themselves, their features, and more importantly, their benefits to businesses, are significant. According to the company, the entry-level FAS2500 offers expanded flash support to accelerate workloads by up to 46% and increases usable capacity by 48%. Additionally, its hybrid arrays can simplify operations, extend system life and minimise future costs. As for the FAS8080 EX, growing organisations and service providers would be further able to drive the performance-intensive SAN (storage area network) and NAS (network attached storage) workloads at the largest scale.

More particularly, the product scales to four million IOPS (Input/Output Operations Per Second) and can be configured either as an all-flash array with 4.6 PB (petabytes) of flash storage, or as a hybrid array with flash cache of nearly half a petabyte. Additionally, the company elaborated that the FAS8080 EX dynamically responds to growing data requirements with seamless scaling to nearly 70 PB of capacity and more than 600 I/O connections, factors which are critical for service providers and large organisations that are consolidating workloads. 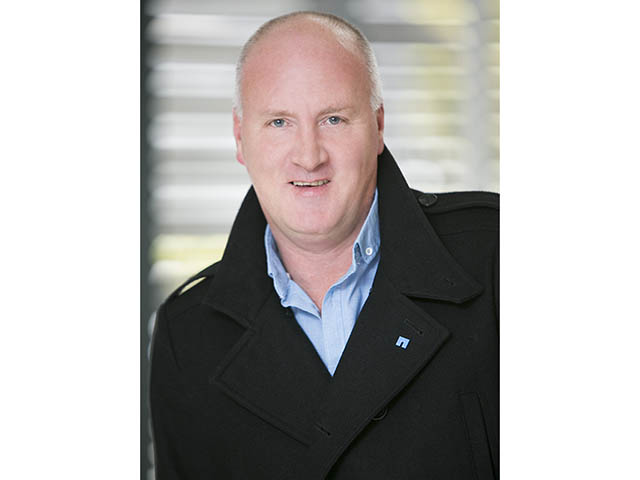 Andre Swanepoel, head of channels and alliances for Africa at NetApp.

The new products though, are not a whim purchase, but rather could potentially enhance a business’ competitiveness. Swanepoel elaborated that storage is not just about storing information on hardware, but rather how quickly a business can access and analyse its information in order to make itself more competitive.

Furthermore, Swanepoel stressed that NetApp placed considerable importance on enabling its customers to benefit from a non-disruptive environment. “If a business has the 8050 or 8020 and after three years wants to migrate to the high-end 8080, they can do so with zero downtime,” he reassured.

The past and the future

Beyond the products themselves though, Swanepoel had much of interest to say of the African market itself, at which these products are aimed. He stressed that South Africa and Africa as a whole differ from each other, and from developed markets as well. He elaborated that in South Africa there are a lot of legacy systems, with the opposite being true for the rest of Africa. Furthermore, he noted that in South Africa there tends to be under-spend from a technology perspective, but overspend from a capacity perspective. This means that NetApp’s storage solutions have to take these environments into account, as products that were primarily designed for developed countries may not necessarily be the best solution for the South African industry and its current IT landscape.

“Our philosophy and go-to-market strategy is to deliver a solution that the customer wants instead of what they have been convinced they should want. At the end of the day, this enables them to spend less money on a more effective solution rather than under-spend because they broke the budget at the urgings of another vendor,” he concluded. For more information visit www.netapp.com.