After a few weeks with the Hisense Infinity H30, we’re ready to unpack some of its pros, so-so's and cons.

NOTE: DEVICE WAS RECEIVED AS A SEEDING UNIT FROM HISENSE.

Under Pros, battery life must be first on the list, with the H30 carrying a 4530 mAh battery under the hood. If you leave the heavy-duty apps such as YouTube and Google Maps alone, you’ll easily run through your day and into the next without much hassle. Switch on the Battery Saver functionality and two days are yours.

Browsing on this big screen with an end-to-end screen (a screen-to-body ratio of 83.3%) is great. It allows a bit more comfort when doing business related work, plus you can enlarge your keyboard keys or add a numerical row without encroaching on what you are working on.

There’s a small teardrop in the centre for the camera, with the rest of the screen covering most of the front. If you’re a graphic designer who loves precision, you might get annoyed with the too-close-for-comfort spacing of the curve around the time displayed in the top left-hand corner, but that’s certainly a minor concern.

It’s a nice touch that Hisense throws in a plastic cover alongside a screen protector in the box. This despite (or perhaps because) in South Africa there’s a free screen replacement within the first 12 months of purchase if yours cracks. If you’re prone to dropping your phone, you might want to have a look at the H30.

128 GB is decent in our books, plus you can always pop in another microSD card (up to 128 GB) in the side if you need more. 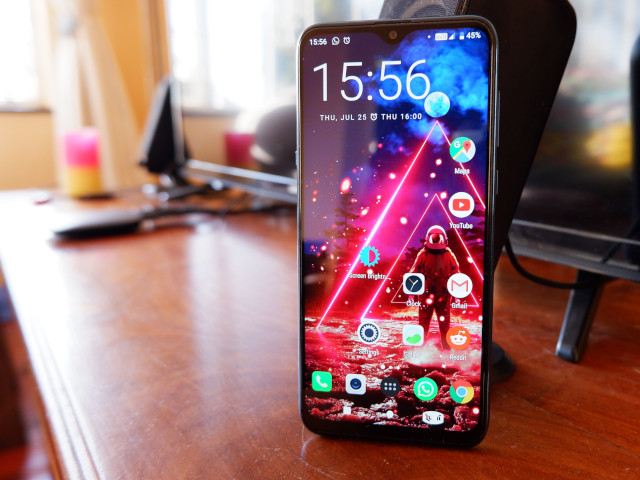 Not a Flagship beater

Powered by an octa-core MediaTek Helio P70 AI chipset, the Hisense Infinity H30 scores 143 736 on Antutu Benchmark, with 4 GB of RAM. It’s decent enough for an upper mid-range phone, which in all practicalities the H30 actually is. It might be Hisense’s flagship device, but in terms of performance and price it competes against the likes of the Samsung Galaxy A-series, more likely the A70 and below.

There’s a physical button on the left side of the device. Although you can assign an app to open on a long-press, the functionality of a quick press differs within certain applications. It’s confusing more often than not and I simply stopped trying to use it.

Compared to the likes of Huawei of Samsung, Hisense’s user interface feels a bit dated and with far fewer options. Small things such as the navigation bar’s layout being changeable only came after an update to the phone after a few weeks. It might not fix everything but by installing Nova Launcher I felt far more comfortable using the phone. Android P comes straight out of the box. 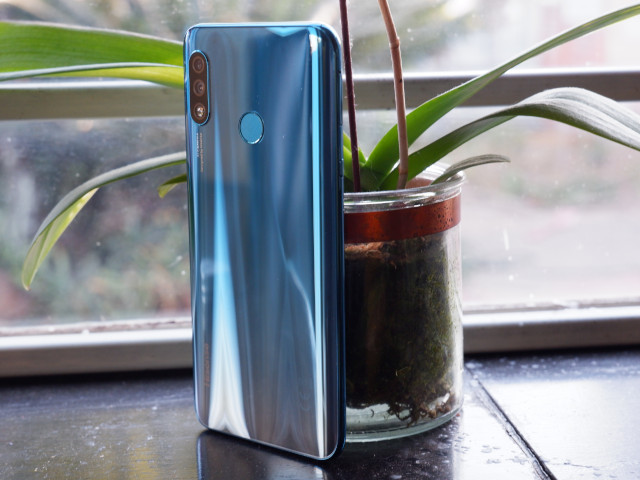 It’s a bit of shame that the cameras are letting the H30 phone down. While image quality wasn’t bad and the camera did get some strong shots, general usablity was lacking. Things such as focusing errors and a tardiness to lock focus are my biggest gripes. The shutter also felt a bit slow, with the sound effect of the shutter way behind it actually triggering in certain situations. Some of the filters on offer also leaves noticeable artifacts on photos.

My bedroom is a bit far from the Wi-fi router. Even so most other phones stay connected without problems, but unfortunately not the H30, which dropped connection ever so often.

Although loud, the speakers on the H30 contains a certain amount of tinniness that bothers the ear.

I kept on taking screenshots when opening and closing the phone thanks to the power and volume down button being close to one another. 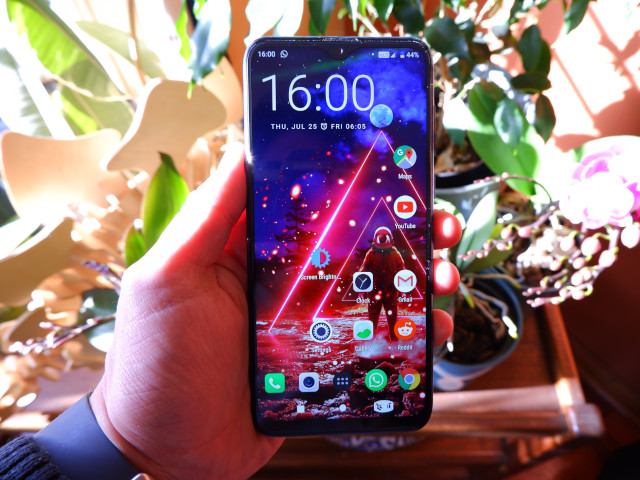 Despite the problems with the camera, the Hisense Infinity H30 is hard to beat for the price - R6500. It feels like a solid device, it’s reassuringly hefty in hand and it’s available in a few interesting metallic colours options. With great battery life and a large screen, Hisense’s flagship adds a worthy option to the higher end of the midrange market.