Blue Prism earns the Leaders nod from Gartner for ...
0
comments

Are you ready for digital enablement?
0
comments

The Pool Stages of the @rugbyworldcup are over and during the tournament Twitter has been alive with Tweets about the teams, players and best moments.

The quarter-finals begin this Saturday with matches being contested between the world’s top sides.  Besides @EnglandRugby’s early departure from the tournament there are no surprises.  However, if the quarter-final places were based on Twitter data things may have been quite different. 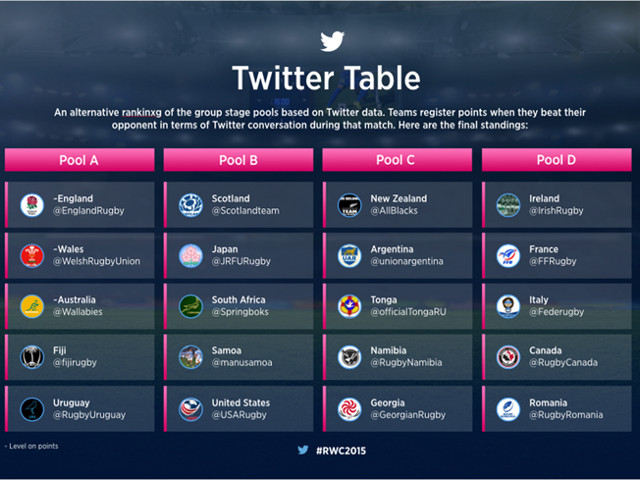 Pool A was hotly contested with the @EnglandRugby, @WelshRugbyUnion and the @Wallabies  ending on equal points and Pool B would have seen @Springboks go home with the surprise team of the tournament, @JRFURugby, taking second spot.

The most-Tweeted about moments

1. The moment Japan seal a shock 34-32 victory against South Africa

2. Full time whistle blows as England lose 25-28 to Wales in Pool A

3. Japan score their final try to take a 34-32 lead over South Africa

4. England become the first host nation to exit in group stages as they lose 13-33 to Australia

8. Owen Farrell converts on full-time to seal England's 35-11 victory in the tournament opener

9. Dan Biggar gives Wales a 28-25 lead over England with a 75th minute penalty

10. England v Fiji kicks off to commence #RWC2015 at Twickenham