This past weekend was a milestone for Google and Android, with the Android Market exceeding the 10 billion app download mark.

According to Eric Chu, Google’s director for Android Developer Ecosystem, the market has enjoyed a growth rate of a very considerable one billion app downloads per month.

In celebration, and in very welcome news to Android users, the company announced that it had partnered with some of the Android developers who contributed to this milestone to make a bunch of “great Android apps available at an amazing price.”

For the next ten days, Android users will be able to download a new selection of apps every day for 80 cents.

“Every day, these developers continue to push the limits on what’s possible and delight us in the process. For that, we thank them,” commented Chu.

The Google blog also showed how Android app downloads had accelerated, from 3 billion in March to 4.5 billion in May and then six billion in July and this month, reaching the 10 billion mark. “We can’t wait to see where this accelerating growth takes us in 2012,” concluded Chu.

In recent news, Android and iPhones were reported as dominating the US smartphone landscape. 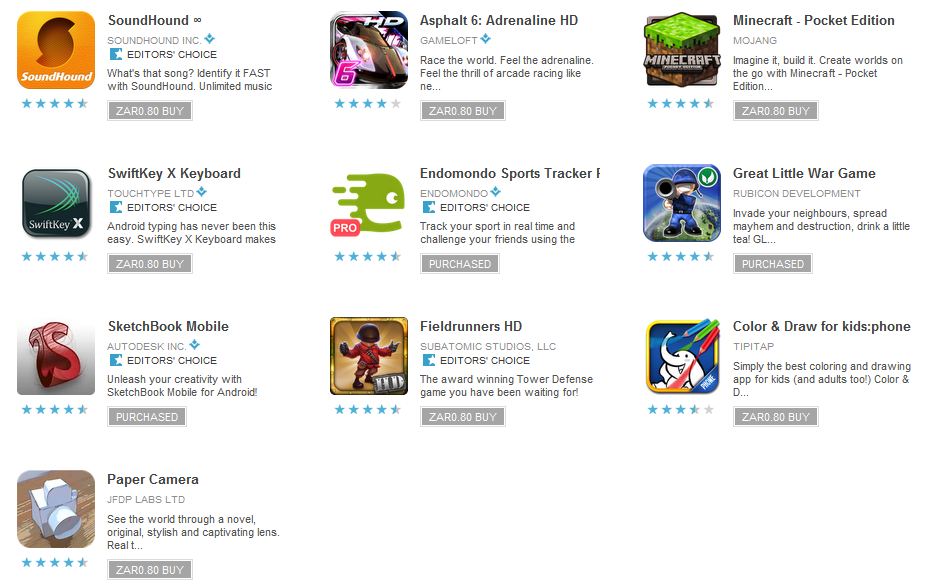