According to the latest research data from market research firm Nielsen, Google’s Android is still leading the charge when it comes to mobile operating systems (OS) in the US. Android handles the operating on 42.8% of smartphones, with Apple’s iOS in second place as it powers 28.3% of all smartphones (iPhones) in the States.

HTC leads the Android-running pack commanding a 15% stake of the total 42.8% Android market share, followed by Motorola Mobility with a 10.4% share and Korean tech firm Samsung at 10.1%.

Rounding up the top three is Canadian smartphone and tablet maker Research In Motion, which snaps up a 17.8% mobile OS stake, whilst Microsoft’s Windows Phone OS (along with Windows Mobile) is being used by 6.1% of US smartphone users. When it comes to the latter, HTC again finds itself top dog by accounting for a whopping 4.7% of the total 6.1% Windows Phone market share. 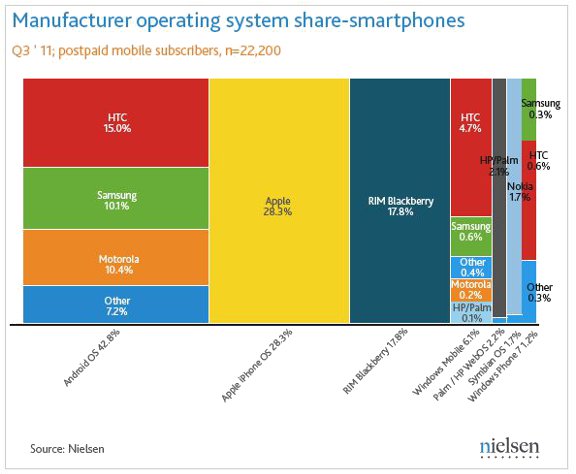 When it comes to smartphone apps, iPhones and Android-operating smartphones are even more dominant with 83% of app downloaders (those users who downloaded an app in the past 30 days), utilising an iPhone or Android smartphone.

Nielsen stated that 44% of all US mobile subscribers are now in possession of a smartphone. Among those who purchased a new mobile phone in the last three months, 56% chose to buy a smartphone.
In related news market research firm Gartner recently revealed that smartphone sales to end users reached 115 million units during Q3 of 2011, representing a rise of 42% compared to the same period in 2010.
TAGS:
Nielsensmartphone OSmobile OSapp downloadsUSAndroid
USER COMMENTS

South Africa, Kenya and Nigeria saw millions of cyber attacks in 2020
Only 36% of users in South Africa have unique passwords for each account, Kasper...
Smart and trusted technology transforms gaming and betting industry
Fitbit Versa