The latest entrant to the Android Honeycomb tablet game is Archos, with the company’s launch of its G9 line of tablets today. The tablets, which are based on Android Honeycomb 3.2, are available in both 8” and 10.1” sizes. The entry-level Archos 80 features a 1 GHz Cortex A9 dual-core processor, 8 GB of flash storage and a 8” screen with a resolution of 1024 x 768. Higher end versions of the 8” G9 tablets and both models of the 10.1” Archos G9  tablets, include a 1.5 GHz OMAP 4 dual-core processor and 16 GB of flash storage.

Additionally, users could purchase the highest end and most expensive tablet in the range which boasts a 250 GB hard disk drive. This is a departure from the usual reliance on flash storage that most other tablets utilise. The company explained that it paired the Seagate Momentus thin hard drive with a dedicated 4 GB flash caching system. “This is designed to limit spinning and to keep the drive powered down when not in use, which will protect it when on the go as well as preserve battery life,” it elaborated. The 10.1” Archos 101 G9 tablets further boast an increased screen resolution of 1280 x 800. All the tablets will come with Wi-Fi as well as a USB port, front facing cameras for video conferencing and a battery life up to ten hours. 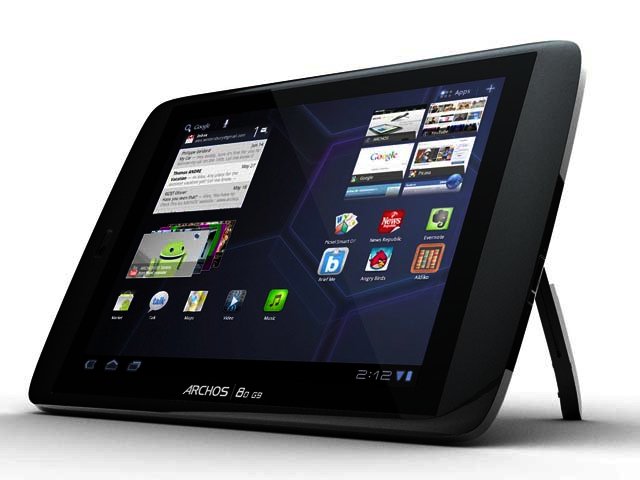 In recent news, the IDC reported that 62.5 million tablets are expected to ship worldwide this year, while Toshiba launched its own tablet, the AT100.