We are big fans of the Canon PowerShot S90 and S95 here in the TechSmart office, so it comes as no surprise that we’re quite excited about the launch of the latest incarnation – the Powershot S100.

The most advanced PowerShot S-series model to date, the PowerShot S100 surpasses the high standards set by its acclaimed predecessor, featuring a new f/2.0 Canon lens and an enhanced HS (high sensitivity) System, which combines an elite high-sensitivity sensor (1/1.7 type Canon high-sensitivity CMOS compared to a CCD on the S95) with the DIGIC 5 image processor.

There are a number of improvements on the new S100, giving the impression that it’s not just another model pushed to market. The upgrade from the DIGIC 4 processor to the faster DIGIC 5 is of course significant, but we’re especially excited about three more improvements. 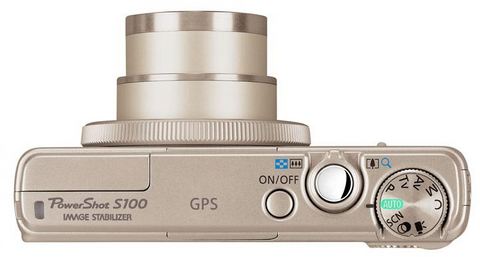 Firstly, the notable addition of onboard GPS (and logger) comes in extremely handy if you’re out globetrotting. Secondly, the jump from the rather paltry 3.8x zoom on the S95 to the more suited 5x optical zoom is a big step-up in general usability. Thirdly, in line with recent trends, video recording is upped from HD ready video (720p) to full HD (1080p, 24 frames per second), with a dedicated video record button and electronic wind filter also present.

For us it’s the modern S series’ addition of the Lens Control Ring that makes these excellent compact cameras, and it is of course also present on the S100. Users can assign the Lens Control Ring to a number of different image parameters, including shutter speed, ISO sensitivity and aperture, allowing them to fine tune their exposure in 1/3-stop increments. The ‘Ring Function’ button and rear Multi-Control Dial can also be custom-assigned to control other pre-selected functions, providing complete flexibility to serve different user styles. 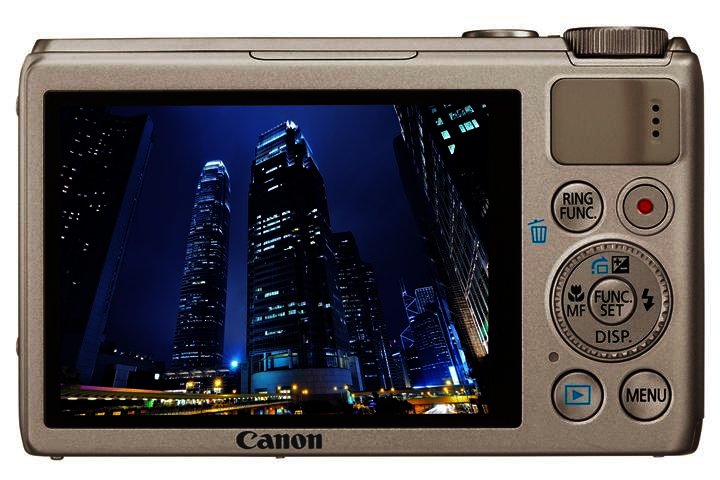 Pretty much the same screen as on the S100, but note the new video record button

According to Canon SA, the PowerShot S100 should retail for about R4299, hitting local stores at the end of November.