Along with the new IXUS 140, Canon has started the year by introducing three new PowerShot compact cameras to wet snappers’ appetites.
The new PowerShots introduced by the company are the PowerShot A3500 IS, PowerShot A2600 and PowerShot A1400, all of which offer both still and HD Movie capture.
Common to each is the inclusion of the company’sDIGIC 4 processor, while users can expect the new models to deliver 16 megapixel sensors. Equally important, on the lenses front, the three new PowerShots offer a 5x optical zoom, while the IXUS 140 boasts an 8x optical zoom.
Stability essentials
Additionally, Canon explained that its ZoomPlus technology digitally extends each zoom’s reach to up to double that of the optical zoom, with high quality results.
The IXUS 140 and PowerShot A3500 IS  - clearly the stars of Canon’s new lineup - both include optical Image Stabiliser (IS) technology which features Intelligent IS. This detects the type of camera shake and automatically selects the most suitable camera settings from six different modes to combat it.
Meanwhile, Digital IS mode, featured on the PowerShot A2600 and PowerShot A1400, automatically detects any camera or subject motion, and when required adjusts the camera’s ISO, shutter speed, or captures multiple images, to ensure crisp images. 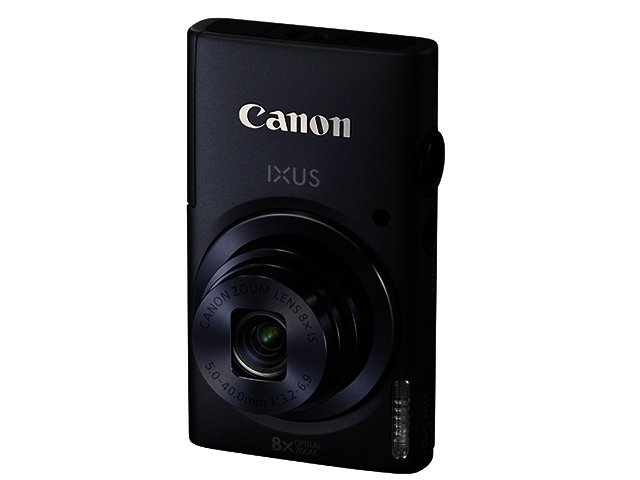 Arguably one of the gems of the new announcements is the IXUS 140, which packs Wi-Fi connectivity
and GPS via mobile functionality.
Why fuss when you can Wi-Fi?
Both the IXUS 140 and the PowerShot A3500 IS offer Wi-Fi connectivity, enabling users to instantly and wirelessly transfer images and movies to iOS and Android smartphones or tablets. No less useful for prolific photographers, the cameras further enable users to take advantage of Canon’s Image Gateway to share or backup images directly from the camera to the cloud, while taking advantage of 10 GB of storage capacity.
Additionally, the IXUS 140 and PowerShot A3500 IS offer a GPS via mobile function, which enables location-aware photographers to wirelessly sync the camera to their smartphone’s GPS and pair the captured images on the camera with the location data recorded from the smartphone.
While the IXUS 140, PowerShot A3500 IS and PowerShot A2600 boast a 3” LCD screen, the PowerShot A1400 totes a slightly smaller 2.7’’ display. It does however, compensate for this with an optical viewfinder, something that Canon pointed out was “ideal for users who prefer a more traditional shooting experience.”
To the point

Admittedly, while the company has not yet disclosed price or availability details, it is still good to see that it releasing some new products at this time when the Consumer Electronics Show tempts us with what to expect in the months and year ahead.

It also means that compact camera users can look forward to even more additions to – and more choices from amongst – an already impressive lineup of compacts in Canon’s stable.