The last few of Need for Speed titles such as Need for Speed Hot Pursuit and Need for Speed: Shift 2 Unleashed, were big on gameplay and graphics, with the storyline taking a backseat. The upcoming Need for Speed The Run (trailer posted below) looks set to change that trend, as it will be driven by a more compelling storyline. Within the game, the main character Jack, owes a lot of money to all the wrong kind of people. As a last resort to getting himself out of debt, Jack enters The Run, an illegal, cross-country race for a huge $25 million cash purse.

The Run is a 3000 (approx. 4830 km) mile long race from San Francisco to New York, dodging avalanches, rockslides, or minigun-equipped helicopters, as well as 200 of the most ruthless competitors along the way. Need for Speed The Run will be released for the PC, Xbox 360, Nintendo Wii and PS3 on 15 November in the US and 18 November in the UK. EA released the first trailer for the game and you can view it below.

Hell Freezes Over - Diablo III to Ship in Early 2012

Blizzard Entertainment has announced that the highly anticipated Diablo III will definitely not see a Christmas release this year, since the launch window has moved to early 2012.

Blizzard will use the additional time to extend the Diablo III closed beta test, which kicked off on 20 September, by potentially adding more testers than initially projected. Players who have an active Battle.net account with any Blizzard game attached to it, can make their way to Battle.net account management to opt in for a chance to participate in the beta test.

"With every game we make, the temptation is always very strong to launch as soon as possible. However, we didn't put so many years of work into Diablo III to release a game that was almost ready," said Mike Morhaime, CEO and co-founder of Blizzard Entertainment. "The beta test is going very well, and we look forward to making the most of the extra time we're taking to deliver an experience that lives up to our vision for the game and the expectations of our players. Next year is going to be an incredibly busy one for Blizzard, and we hope an incredibly fun one for Blizzard gamers." 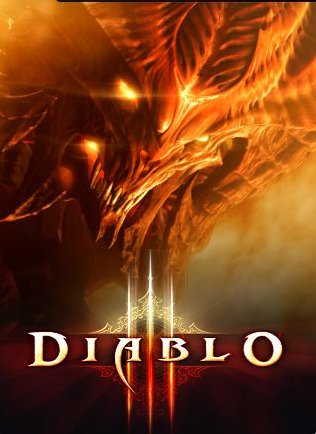 Ubisoft and CBS consumer products have announced the development of the first video game based on the drama series, NCIS. Fans will be able to play as their favorite characters from the NCIS series and search for clues to solve complex murder, espionage and terrorist cases. The game features four original NCIS episodes written and developed in cooperation with the writers of the hit TV show.

Gamers can look forward to playing as agents Ziva David and Tony DiNozzo, conduct forensics analyses as Abby Sciuto, perform victim autopsies as Ducky Mallard, interrogate and break suspects as special agent Gibbs, and use satellite tracking to apprehend bad guys on the run as special agent McGee. The game will be available worldwide for the Xbox 360, PlayStation 3 (PS3), Windows PC and Nintendo Wii on 27 October. A Nintendo 3DS version of the game will also be released exclusively in EMEA (Europe, Middle East and Africa) territories.

Square Enix announced that Final Fantasy XIII–2 for the PlayStation 3 and Xbox 360 will be available on 31 January 2012 in the US. FF XIII-2 is the sequel to Final Fantasy XIII which shipped 6.2 million units around the globe. The sequel introduces enhanced level design that encourages exploration, as well as a new battle system allowing players to command monsters and a variety of options that support multiple playthroughs. The Japanese game publisher also stated that downloadable content (DLC) for the game, will be available soon after the international release of Final Fantasy XIII-2. More details about what the DLC entails will be unveiled in due course.

Social game developers Zynga has announced a sequel to its popular Facebook-based game, Mafia. According to Gamespot, Zynga haven’t been forthcoming with details about Mafia 2, other than the fact that this will be the company’s “most immersive game to date” and that it will be “available soon”. You can see elements of the storyline highlighted in the trailer posted below. Mafia 2 will be set in Las Vegas, with the overall objective of this title being to construct the biggest crime empire in Sin City.