Many racing game fans are looking forward to the October release of the next game in the highly enjoyable Forza Motorsport series. Forza Motorsport 4 (trailer posted below) will most probably dazzle with a large roster of new vehicles, new modes as well as features, but a famous motoring name won’t form part of the game’s virtual garage. Developers Turn 10’s community manager, Brian Ekberg, explained Porsche’s absence from the game in a post on Forza Motorsport 4’s official site: “As many of you know, since the beginning of the Forza franchise, the Porsche license has been available only through a sub-licensing deal with EA."

"For Forza 4, we were looking forward to adding even more Porsche cars, and we were especially looking forward to featuring multiple Porsche experiences in our new Autovista mode. In the end, however, EA couldn't see their way towards collaborating again."

Ekberg stated that three RUF cars have been added to the forthcoming game’s garage though. RUF Automobile is a German carmaker that tunes and heavily modifies Porsches cars and also manufactures unmarked RUF cars out of Porsche bodies and chassis.

Kanye does his Call of Duty

West will take the stage at 20:00 on Saturday, 3 September, but will probably play second fiddle, since the convention will feature the world premiere of Call of Duty: Modern Warfare 3 multiplayer. The latter will give fans the first opportunity for an hands-on experience with the title, with the finals of the Call of Duty $1 Million tournament, sponsored by Xbox 360, also taking place during the convention.

“Whether you're competing for one of the open slots in the $1 million tournament, playing Modern Warfare 3 for the first time, dodging paintballs in a spectacular life-size recreation of Modern Warfare 2's Scrapyard level or just mingling with developers and fellow gamers, Call of Duty XP is a celebration of one of the greatest games in the world. So what better way to top it off with one of the greatest artists in the world?” said Eric Hirshberg, CEO of Activision Publishing.

Machete and Desperado director on CoD: MW3 and Battlefield 3

Hollywood director Robert Rodriguez, who directed movies such as Planet Terror, From Dusk till Dawn and Sin City, is also an avid gamer and one-time co-owner of game studio Digital Anvil. During an interview with IGN Rodriguez gave his opinion on rivalries between cinematic games, such as the Call of Duty: Modern Warfare 3 and Battlefield 3 debate, that are released around the same time. “I think it's different for games because you can buy both games and go play them. When a movie comes out, if you don't go see it in the first couple of weeks, you just go, "Okay, never mind. I'll just wait for the DVD." [Laughs] There's something different about games.”

“We always just go grab whatever the latest games are, even if they come out at the same time. I think if both of them were as interesting – it's almost like a movie, if you're just interested in one over the other, you're going to get one over the other. If you want them both, I don't see why you just don't get them both. We'll likely get both of them.” 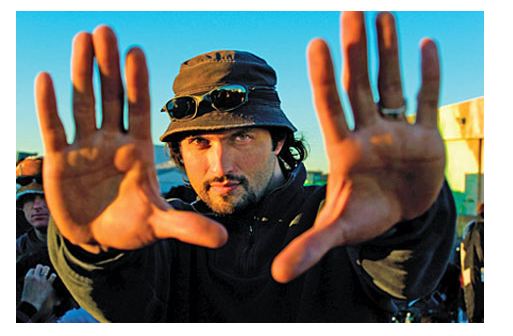 Bethesda has announced that a fourth game add-on pack, entitled Lonesome Road, will be released for Fallout: New Vegas on PlayStation 3, Xbox 360, and PC on Tuesday, 20 September.

Within Lonesome Road players are contacted by the original Courier Six, a man by the name of Ulysses, who refused to deliver the Platinum Chip at the start of Fallout: New Vegas. Ulysses promises the answer as to why he didn’t take the job, but only if you make one last journey into the hurricane-swept canyons of the Divide, a landscape torn apart by earthquakes and violent storms. It's up to you whether you will take the job or not.

Lonesome Road will be followed up by two additional add-ons that will be released on 27 September. Courier's Stash, will bring together the four add-ons that was originally employed as pre-order incentives for this game (The Caravan Pack, Classic Pack, Mercenary Pack and Tribal Pack). It will provide players with access to the unique weapons, apparel and aid advantages that will assist gamers throughout their journey.

Also being released on the same day as Courier’s Stash is the Gun Runners' Arsenal pack. This artillery-focused add-on will include a variety of weapons and weapon mods, as well as additional ammo types and recipes.

Lonesome Road will sell for $10 (around R72) on Steam, PlayStation Network as well as the Xbox Live Marketplace. Courier's Stash will go for $2 (approx. R14.40), whilst the Gun Runners' Arsenal will cost $4 (less than R29). 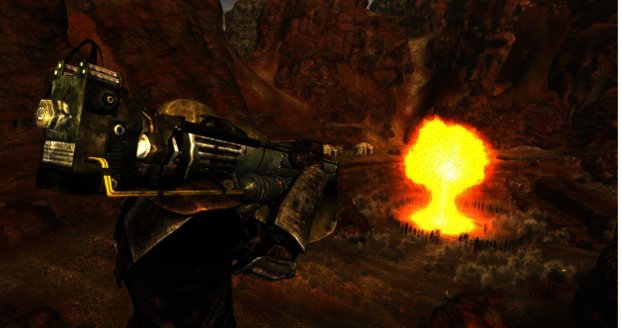 Another rugby game set for console kick off soon

"The anticipation for Rugby Challenge has reached fever pitch, and we are excited to finally announce a release date" said Sebastian Giompaolo, managing director for Tru Blu Entertainment. "We look forward to delivering the game into the hands of eager fans across all major markets".