No more second hand games for next Xbox?

Some controversial news came from Edge this week, with the site reporting that the next Xbox will require an internet connection to function. In theory, an always-on link to Xbox Live rules out the second hand games market, a move that has raised more than a few gamers’ eyebrows.

Edge went on to explain that this might be Microsoft’s way of eliminating pirated software (an extremely good thing in the eyes of developers), while also helping developers push firmware updates to all players and not just a portion. But follow the money and it’s clear that the second hand market doesn’t provide revenue for publishers nor developers, while it also negatively influences the sale of new titles.

Although nothing is set in stone yet, we would have to wait and see closer to the release of the console to find out more. Talking of which, Edge did say that sources with “first-hand experience” of the next-gen console, has confirmed that its specs will look as follows:

The Last of Us has been delayed

There is good and bad news concerning Naughty Dog’s impending The Last of Us title. The bad news is that it has been delayed; the good news – gamers will only have to wait another month.

The game, which was previously slated for release on the 7th of May, will now instead vie for players’ attention on the 14th of June, a not-too-bad five weeks later. In a blog post, Neil Druckmann, the creative director at Naughty Dog, explained that as the developers entered the final phase of development for The Last of Us, they realised just how massive Joel and Ellie’s journey is.

Druckmann stated the obvious, at least for anyone who had ever played an Uncharted title. “As a team we pride ourselves on setting a very high quality bar for every aspect of our games – gameplay, story, art, design, technology and more. We want to make sure The Last of Us raises that bar even further – for ourselves, and most importantly, for you, our fans.”

Raising the bar on the brilliance that was Uncharted 2? Be still our beating hearts. 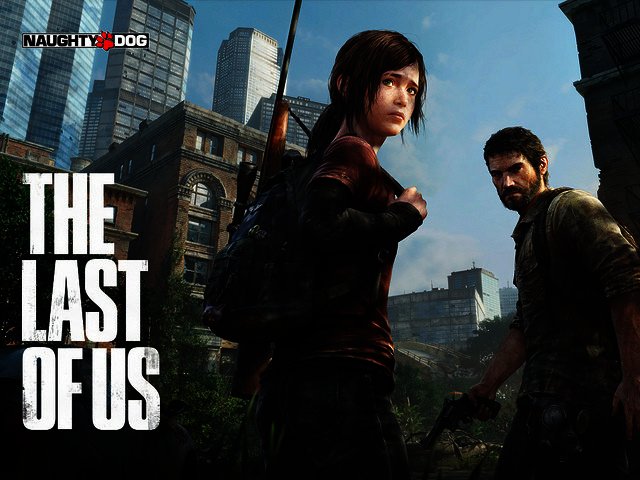 Despite rumours of its demise, The Last Guardian is apparently still alive, well and in development.

It peaked its enthralling head out back in 2009 at the Electronics Entertainment Expo, and quickly caused more than a few players of Ico and Shadow of the Colossus’ hearts to flutter with excitement. After its release date was pushed from 2011, to the first quarter 2012, with still no sign, most considered it a game that was dead before arrival.

Now though, Fumito Ueda, the game’s designer, has posted a blog entry that confirms that the game that many hoped would be the spiritual successor to Ico is, in fact, still in development.

Need a refresher of why this is such good news? Take a look at the video below; and in case you were wondering, the music is from Miller's Crossing.
Starcraft 2 expansion and local tournament countdown begins

In other exciting news, in celebration of the impending Starcraft II: Heart of the Swarm expansion, which releases on the 12th of March, Megarom will be holding a tournament next month, on the 16th of March at The Forum in Bryanston.

Along with free entry to the event (always a good incentive) a Starcraft 2 Collectors Edition will also be up for grabs (an even better incentive).

The new expansion will focus on Sarah Kerrigan, the former Queen of Blades. Once the most feared entity in the galaxy, Kerrigan has been confined to a cell in the depths of a high-security research laboratory. Players will have to plot their escape reclaim Kerrigan’s empire at the Heart of the Swarm.

For more information on the tournament, command your fingers to attack here or move the forces of your attention to the video below for a peak of what the expansion will have to offer..
Life on Mars

If you think that you might not get enough space action from the double whammy of the current Aliens: Colonial Marines and Dead Space 3, then Spiders Studio might just be able to help. Mars War Logs takes you to the red planet amidst the failure of colonisation and planet-wide catastrophe. Religious fanatics, violent mutants, despotic leaders and crazy bandits have all made it to this cyberpunk-themed desolation, so it doesn't quite count as a happy place.

You play as Roy Temperance, a man caught in the middle of a battle against the strange Technomancers, a heavily armed guard that went crazy after listening to too much Dubstep. Ok, so maybe that last bit isn’t quite the truth, so check out the trailer for a true taste of what to expect.
Lara in the home stretch

In our online poll last month, Tomb Raider just pipped Crysis 3 as our readers’ choice for most anticipated game. It’s not long to go before the 5 March release for the reboot of the Tomb Raider franchise and to keep the suspense going, developers Crystal Dynamics has released the fifth in their series of behind the scenes documentaries entitled, The Final Hours of Tomb Raider: The End of the Beginning.

For fans of the franchise, or for those who are thinking of a future in game development, this is an interesting look behind the scenes of what goes into the making of such a hotly anticipated title.
Contributions by Mike Joubert.
TAGS:
Gaming News Round-upcomputer and video gamesThe Last of UsTomb RaiderLife on MarsThe Last Guardian
USER COMMENTS