Although both Sony and Microsoft remain tightlipped surrounding the possible forthcoming release of replacement models for their current generation of HD gaming consoles, the PlayStation 3 and Xbox 360, gaming industry insiders are following a different communication tactic.

With respect to the upcoming consoles, Gibeau stated that he has already seen both the Xbox 360’s successor as well as the PS3’s follow-up. He did not elaborate as to whether it was the finished versions of these consoles or merely early development prototypes and also did not provide any specs.

Gibeau made mention of these consoles whilst highlighting future trends for the gaming industry stating: “Ten years ago we used to measure our market in terms of 200 million people. Now we are at a billion people playing games, and we have a straight line view on two billion,” he forecasted.

The EA division president then went on to conclude his address, with his thoughts surrounding free-to-play titles. This type of free-to-play gaming pricing structure involves gamers getting to play the game for free, but then paying for premium in-game content or add-on features, as well as in-game items that enhances the playing experience. “Free-to-play will become the dominant pricing model by the end of the decade,” he said. 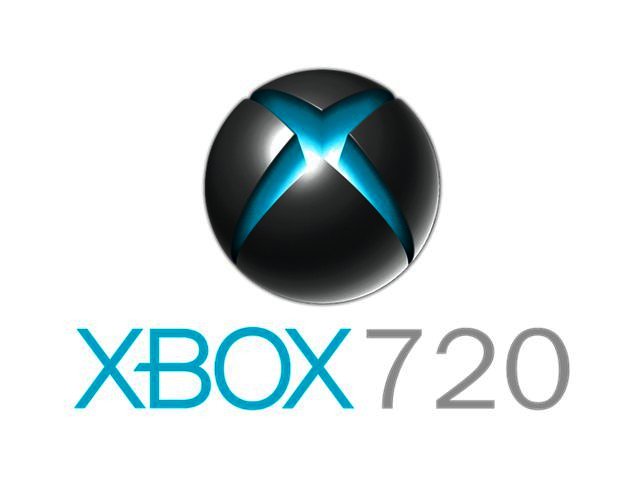 IO Interactive has provided a peek behind the veil of secrecy surrounding Contracts, a new online mode for Hitman: Absolution. This mode enables gamers to create and share their own custom hit challenges, for other players around the globe to complete.

You are able to set-up a level, targets that need to be eliminated as well as the weapons that can be used to dispatch them into the next life, and then set the rules for the completion of the contract. IO Interactive also stated that Hitman: Absolution is going to ship with various pre-set Contracts for would-be assassins to fulfil. Hitman: Absolution will be sneaking its way onto the PS3, Xbox 360 and Windows PC during November of this year.

For a preview of this new mode check out the trailer posted below, which is thankfully not as risque as the previous trailer dubbed Attack of the Saints. This trailer had Agent 47 brutally murdering a group of gun-wielding nuns, which resulted in IO Interactive altering one of the game’s levels following public outcry in the aftermath of the trailer’s release.
The first look at WoW’s 4th expansion via cinematic trailer

Activision Blizzard recently revealed that the fourth expansion to the number one subscription-based MMORPG, World of Warcraft: Mists of Pandaria, will be released on 25 September 2012.
Now, the company has released the first cinematic trailer for this expansion, providing fans with the first glimpse into what to expect from the latest offering. The awesome trailer showcases the Bruce Lee rivalling kung-fu skills of WoW’s new playable race - the Pandaren.
PES 2013’s star studded Gamescom trailer released

The battle between the two biggest football franchises continues this year. And no, we are not talking about Man United and Barcelona, rather EA’s FIFA and Konami’s PES. Konami has this week released the PES 2013 Gamescom 2012 trailer, which includes some skilled moves from some of the leading men of world football.

These include the star of the show Ronaldo as well as France’s Ribéry, the Netherland’s Robben and Spain’s magical goalkeeper Casillas. They face off as their clubs, Bayern Munich and Real Madrid, goes head to head in the trailer posted below.
Get moving if you want to survive Until Dawn, says Sony

Amongst the varied announcements made by Sony at this year’s Gamescom expo, was this one: a reveal of a new PlayStation Move game titled Until Dawn. The game looks quite a bit like those campy, but nonetheless enjoyable teen horror movies, such as Halloween and Scream.

It plays off a similar premise, with an isolated location (a cabin in the woods), the power conveniently being out (cue darkness) and a group of friends who go to said location on the anniversary of a friend’s disappearance. Players will step into the shoes of multiple characters as the story unfolds, finding out who has murder on their mind.

The game, which is the second Move title to get us really excited about the peripheral since the engaging Sorcery, has players using the controller as a flashlight, or mapping player’s hand movements to that shown on screen.

For a hint of the scares to come, hit the video below.
More Vita goodness revealed, finally

After being criticised for not showing enough games, or having enough juicy announcements to placate those those who have invested in the Vita portable console at the Electronics Entertainment Expo, Sony clearly did not intend making the same mistake twice.

Therefore, Gamescom brought with it a few big announcements for the small system and more reveals of forthcoming games. The first of these was Tearaway, a title from Little Big Planet developers Media Molecule. The game has players trying to guide a paper protagonist, named Iota, out of his paper-based world, which is contained within their Vita console. The impetus for making this journey? Apparently, Iota carries an urgent message that needs to be delivered to the player.

The game apparently intends to blur the line between Iota’s paper world and that of our own, as players will be able to ‘poke’ their finger into the paper realm, and use the Vita’s touch controls,  to help their stationery friend overcome obstacles, battle enemies and navigate the world. In other words, Tearaway looks like artful innovation at its best. Take a look for yourself in the trailer below.
Additionally, more staple fare, to join the heavy hitters of Call of Duty: Black Ops Declassified and Assassin’s Creed Liberation, was also announced, in the form of Killzone: Mercenary.

Apparently, the exclusive title will depart quite a bit from the usual Killzone experience, with players stepping into the shoes of a mercenary fighting alongside both the ISA and more shockingly, the Helghast as well.

Even more promising news was that the title had not been handed off to other developers, but was rather being done by Guerrilla Games, using the same Killzone 3 engine employed by its PS3 counterparts. While details are sparse at present, SCEE president Jim Ryan did have this to say about the game, according to Computer and Video Games.com.

"Killzone Mercenary is a completely new game created specifically for Vita to deliver a first person shooter experience that simply wouldn't be possible on any other platform. We've been blown away by the early builds and can't wait to share more with you in the coming months," he explained. Upon gazing at the trailer, we can certainly see why.
Sleeping Dogs wake up

It’s release day for gritty open-world cop drama Sleeping Dogs, a title which should more than soothe your gaming needs this weekend. Based in Hong Kong, the title sees players taking on the role of undercover cop Wei Shen, tasked with bringing down one of the world's most fearsome criminal organisations from the inside.

Apart from what looks like great graphics, gameplay and voice-acting, we’re also excited about the soundtrack, with an awesome line-up of artist licenced from some of the hippest labels around. It includes rock from Kasabian, Soulfly and Machine Head, through to more eclectic sounds from Flying Lotus and Squarepusher. Then also, uhm, Air Supply.

So what can you expect from what is maybe one of this year’s top 10 games? Hit the launch trailer below to find out.
Metal Gear gift for 25th birthday

It’s difficult to believe but the Metal Gear series is celebrating its 25th anniversary this year. As part of the celebrations, Konami Digital Entertainment GmbH has created a dedicated online hub to keep fans in touch with the festivities.  One of the first gifts to fans? A free update for the PS3 Metal Gear Solid 4: Guns of the Patriots, which adds 34 trophies to the classic title.

This while the company also announced that 1998’s Metal Gear Solid will retail for £4 instead of £8 in the PSN Store.

Konami further announced the release date of Metal Gear Rising: Revengeance, which follows the hard-knock life of Raiden, a child soldier altered into a half-man, half-machine cyborg ninja. It explodes in Europe on 21 February 2013, which should see a similar SA release date. For a brief reminder of what is in store, take a look at the trailer below.