EA feels a need to bring some speed to the cinema

Electronic Arts (EA) is hoping to turn its Need for Speed gaming franchise into an equally successful movie series.
This according to Variety which reported that EA brought actor and screenplay writer John Gatins in to pen the script. Gatins wrote the screenplays for movies such as Real Steel and Coach Carter.

Also onboard the project is movie producer George Gatins (executive producer of She’s out of my league), who assisted in creating a pitch to approach potential movie studios with. This pitch has reportedly been made to various Hollywood studios including Warner Bros., Sony and Paramount, who are all interested in procuring the rights to the film.

Namco Bandai Games Europe is looking to land a knockout blow to the fighting game competition, with the announcement that Tekken Tag Tournament 2 will be coming to the Xbox 360 and PlayStation 3 this September.

This title will feature the largest player roster in Tekken history featuring more than 50 characters, that have access to an expanded array of moves and combos.Besides the standard tag-team vs. tag-team mode, Tekken Tag Tournament 2 will also sport both one-on-one fighting as well as solo fighter vs. a tag-team battles.
In addition, up to four players will be able to control a character during Pair Play mode, whilst the new Fight Lab mode will have gamers customising moves and the look of the title’s new training character, Combot. Feast your martial arts loving eyes on the trailer posted below.
This leak is a Crysis

Apparently, news about an impending Crysis 3 sequel was leaked this week, by EA’s Origin service, after screen art and pricing was shown for Crysis 3, which is yet to be officially announced.

While a release date was not part of the info, cover art for the game hinted at a return to the urban warzone of Crysis 2.

While the entry has since been removed, Neogaf forum users posted a screen capture of the cover art, which also hints at an interesting looking compound bow playing some significant role in the player’s arsenal.
Bulletstorm sequel shelved – for now

Bad news for those who enjoyed the crass, over-the-top but fun Bulletstorm, after Epic Games announced that the follow-up to the over the top shooter has been shelved.

The game, which was apparently in the initial stages of being worked on by developers People Can Fly, was set aside in favour of another, as yet announced project that Epic Games believes to be a “better fit” for the Polish developers.

Despite meeting critical success from fans, the game apparently didn’t quite measure up to expectations sales-wise. According to an interview with the president of Epic Games, Mike Capps, on Gamespot, hope for a sequel sometime in the future has not been shot in the head and kicked onto a cactus just yet.

“"I'd love to go back (to Bulletstorm), I think there's more to do with Bulletstorm. Heck, it kind of ended wanting more. I'd love to see another project, but right now we don't have anything to talk about," he is quoted as saying.
In other words, while we can’t expect a sequel soon, hopefully it may be revisited in the future. 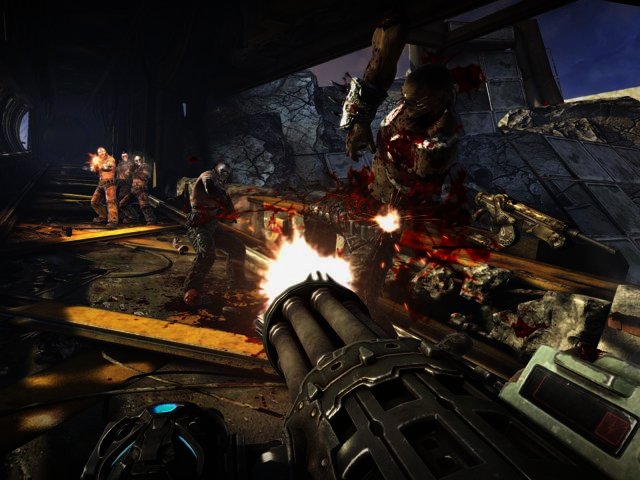 Sony focuses on gaming in bid to revitalise the company

Along with reports of impending layoffs for some 10 000 of its staff, Sony revealed this week that its gaming division would be receiving particular attention, alongside mobile and digital imaging.

According to PlayStationLifestyle, Kaz Hirai, Sony’s chief executive officer, elaborated that the company was “aiming to increase sales by enriching its catalogue of downloadable game titles and subscription services available through the PSN platform."

He continued that the company would also focus on expanding the line-up of PlayStation Suite compatible devices and content.

Hirai took over the reins of Sony chief executive officer and president from Howard Stringer earlier this year, at which time he alluded to the challenges facing the company as well as a strategy for moving Sony forward.
GSP looking to bring more realistic combat to Sleeping Dogs

Back in February Square Enix (SE) declassified info concerning Sleeping Dogs, a gritty open world cop drama set in the city of Hong Kong. Sleeping Dogs sees players assuming the role of undercover cop Wei Shen, who is tasked with taking down one of the world’s most fearsome criminal organisations, the Hong Kong Triads, from the inside.

This week SE revealed that it will be getting into the ring with mixed martial arts (MMA) champion Georges St–Pierre, to collaborate on the development of Sleeping Dogs. St-Pierre is working with SE and United Front Games on various aspects of this forthcoming game including combat.


“Working with Square Enix has been an incredible opportunity,” said St-Pierre. “I’m really impressed to see how the hand–to–hand combat in the game is shaping up – it’s been a great experience being involved.” 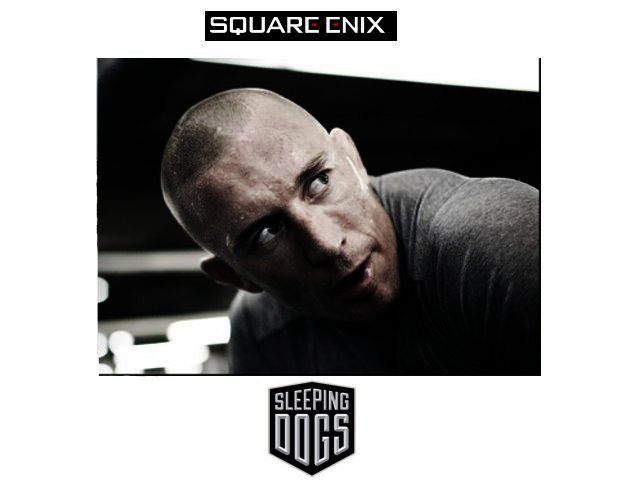 Capcom has released two new trailers for its forthcoming role playing game, Dragon’s Dogma, which gives RPG fans yet more reasons to look forward to the third week of May.

The first trailer shows one’s small party battling the Undead (zombies), in a claustrophobic cave or tomb, while the second shows a night battle against an ogre and a phantom menace (which is not Jar Jar Binks). Hit the play button below for more.