One of the keys to South Africaā€™s urban transpor...
0
comments

A new entry in the God of War franchise has been officially confirmed for the PS3. Curiously, it has been a year to the month that rumours of another title in the franchise began appearing.

God of War: Ascension will apparently be a prequel story, set before Kratos became the fearsome Ghost of Sparta and in a time when “something other than rage drove him.”

Despite the fact that details are scant at present, Todd Papy, the game director, did tease that more details will be released on the 30th of April, promising “much more to come.” According to the PlayStation blog, a live streaming event will be held at 8 am Pacific time (about 5 pm South African time) revealing more.

The new title would make it the sixth entry in the franchise (including the two titles that were ported from their appearance on Sony’s PSP). In the meantime though, you can view the teaser trailer that was released below.
Darksiders 2 delayed

There is good news and bad news for Darksiders fans. The bad news is, the sequel has been delayed two months to an August release date instead of June. The good news is, apparently it is only to give the development team time to add another layer of polish to a game it states will be substantially larger than the first.

According to a post on the game’s site, the developers promised that the short delay would be “well worth the wait.”

“In game development, more time is always a good thing for quality and the Vigil team is dedicated to providing the definitive Darksiders experience,” the post elaborated.

The developers reassured that no content would be cut from the game, nor had its plans for releasing downloadable content down the line changed.

However, Darksiders fans who  were eagerly looking forward to stepping into the shoes of Death, that other Horseman of the Apocalypse, in the spooky and atmospheric Darksiders universe can take heart: in this case, the adage about the inevitability of death and taxes is, for once, reassuring.

Can’t wait until 15 May to start playing Diablo III? Well then today’s your lucky day, seeing that Blizzard Entertainment is providing open access to all players who possess a valid Battle.net account. The Diablo III open beta weekend begins today (20 April) at 12:01 pm PDT (pacific daylight time) and concludes at 10:00 am PDT on Monday (23 April). This is about 21:01 PM today until 19:00 PM on Monday in terms of local time.

Gamers can download the Diablo III client here, in order to save the globe from a looming demonic invasion as any of the five heroic classes (barbarian, demon hunter, monk, witch doctor and wizard) up to level 13.

Activision Blizzard has obtained a licence to kill the action gaming competition, by announcing a new James Bond game dubbed 007 Legends. This title is being developed by Eurocom, who are already familiar with Ian Fleming’s famous secret agent after having been responsible for GoldenEye 007: Reloaded.

What has us excited about this forthcoming offering is that 007 Legends will boast an “original, overarching storyline” that brings together no less than six Bond movies, including the upcoming SKYFALL that will be released at the end of the year.

Besides utilising the usual mix of guns, bravado, gadgets and fast cars in the main story mode, gamers can also look forward to GoldenEye Reloaded’s Mi6 Ops Missions. These are extra missions that offer a variety of challenges including stealth- and gadget-based combat.

007 Legends is expected to become available in autumn this year (spring for us) for the PlayStation 3 and Xbox 360.

PlayStation Vita owners can look forward to three new free applications that Sony is bringing to their handheld. These will be released separately, kicking off this week (18 April) with Paint Park.
This app turns the PS Vita’s 5" OLED display into a sketchpad, with users being able to create and share drawings and sketches. Users will also be able to capture photos via the Vita’s front and rear cameras and add some creative flair these images.

Following right on the heels of Paint Park is Treasure Park, which will come out during summer (winter for us). It enables users to create and share their own mind-bending or addictive puzzles. Lastly, there is Wake-up Club which Sony is also dropping this our winter. This application turns your PS Vita into a handy alarm clock that can sync up with other PS Vita users who set their alarm for the same time. Why you would want to do that, we don’t know. 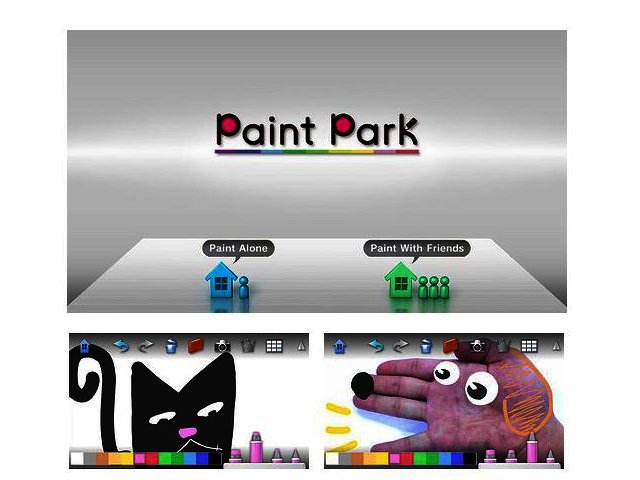 One of the more highly anticipated Move titles since the peripheral was launched has been Sorcery. Recently, Sony released a new trailer concentrating on some of the story behind the game, as opposed to the combat portions we have seen to date.

The latest video builds on the distinctive Fable-like vibe - which is, in our opinion, not a bad thing at all.The game is slated for release in May - and still remains alluring enough to get the Move ready for some spellcasting action.

Xbox details its Games with Gold lineup for December
COVID 19 - From preparation and response to recovery
Fitbit Versa
Building Resilience through Cybersecurity and Governance for Metaverse Experienc...