One of the more controversial stories to emerge this week centres around, quite fittingly, one of the biggest titles to release to date this year: Mass Effect 3.
Turns out, some players hated the ending, to the point of organising petitions and being vocal enough that their howls of outrage probably could be heard in space.

This week saw Bioware responding to the criticism, both defending its ending and reassuring fans that the company was listening.

On its forums, Bioware’s Chris Priestly commented, “We appreciate everyone’s feedback about Mass Effect 3 and want you to know that we are listening. Active discussions about the ending are more than welcome here, and the team will be reviewing it for feedback and responding when we can.

Please note, we want to give people time to experience the game so while we can’t get into specifics right now, we will be able to address some of your questions once more people have had time to complete the game. In the meantime, we’d like to ask that you keep the non-spoiler areas of our forums and our social media channels spoiler free.

We understand there is a lot of debate on the Mass Effect 3 ending and we will be more than happy to engage in healthy discussions once more people get to experience the game. We are listening to all of your feedback.”
As a bit of a poke in the eye for those who are convinced games are frivolous pursuits out of which no good can possibly come, the protests have even been turned into a fundraising effort for children in hospital. The Retake Mass Effect - Child’s Play fundraising effort has paired bringing attention to a petition for an alternate ending to the game with accepting donations for the Child’s Play Charity, which brings toys and games to sick children in numerous hospitals globally.

Transformers fans will soon be called upon again, to save earth from a looming Decepticon threat. This as Activision will be releasing Transformers Prime later this year for the Nintendo Wii, 3DS, and DS gaming consoles.

This title is based on the animated TV show produced by Hasbro Studios and gamers will get to fill the giant-sized robotic boots of any of their favourite Autobot characters including Optimus Prime, Bumblebee, Arcee, Autobot Ratchet, as well as Bulkhead. Check out the trailer posted below.

As one of last year’s top games, Elder Scrolls IV: Skyrim continues to enthrall. Fans of the series will be happy to know that the Skyrim 1.5 title update is now available. For now it’s only on Steam as a Beta update, with Bethesda saying it will make its way to Xbox and PS3 “soon.”

Onboard is not only a few fixes, but also new features, including new kill cameras for ranged and magic attacks.

Here are a few of the new features on offer:
·         New cinematic kill cameras for projectile weapons and spells
·         New kill moves and animations for melee weapons
·         Shadows on grass available (PC)
·         Smithing skill increases now factor in the created item’s value
·         Improved visual transition when going underwater
·         Improved distance LOD transition for snowy landscapes.
Baldur’s Gate to return with Enhanced Edition
Before there was Mass Effect, Dragon Age, The Witcher and Kingdoms of Amalur: Reckoning, there was one role playing game that was recognised as the king. It’s name: Baldur’s Gate.
Well, apparently the king is coming back to reclaim his crown, as Atari, along with the developer Overhaul Games has announced an enhanced edition of a game that was lauded for its storytelling and characterisation.
While no platforms have been confirmed as yet, apparently new content is being added to the original game. According to Joystiq, the developers are quoted as saying, “This is the Enhanced Edition, it's not a repackage. We have the original source code and are doing a significant update.” 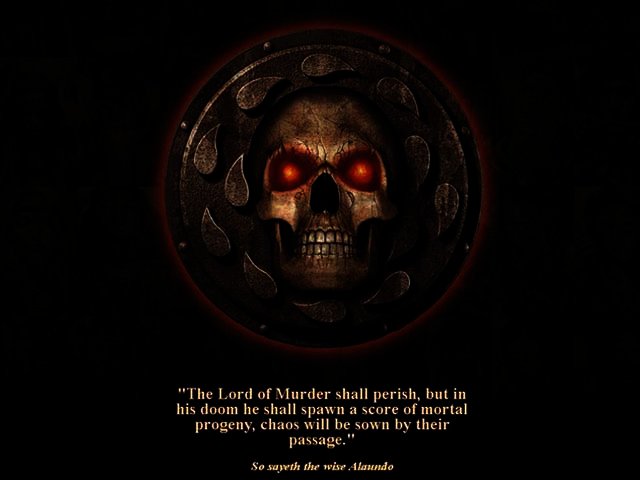 Ahead of its imminent release next week, the developers of Ninja Gaiden 3 have released the official launch video of the game, along with a developer’s diary video discussing some of the changes fans of the brutal hack and slash series can expect. One of the notable changes is the apparent removal of many of the fantasy elements that characterised previous entries, in favour of greater realism.

The game will be available on both PS3 and Xbox 360 on the 23rd of this month. For your viewing pleasure, both videos are below.