Good news PC gamers, Rockstar yesterday announced that it will be releasing a PC version of its blockbuster detective adventure L.A. Noire later this year.

The Team Bondi title is scheduled for release on PC this fall, which for us means spring, so we can expect to see it in local stores sometime between September and November. The PC version of the game has been developed by Rockstar Leeds and will feature a wide range of customisation options including keyboard remapping and gamepad support.

The game will of course also benefit from the superior specs of PCs, with increased fidelity and “improved graphical enhancements” promised. 3D gaming will also be supported.

Since its May release L.A. Noire has shipped more than four million units worldwide, and became the best selling video game in the UK and the US during the month. You can read our Xbox 360 review of the game here, and while the title is incredible on console, we did experience a couple of graphical glitches during our play-through, something which the PC version will hopefully remedy (granted you have a sufficient PC of course). 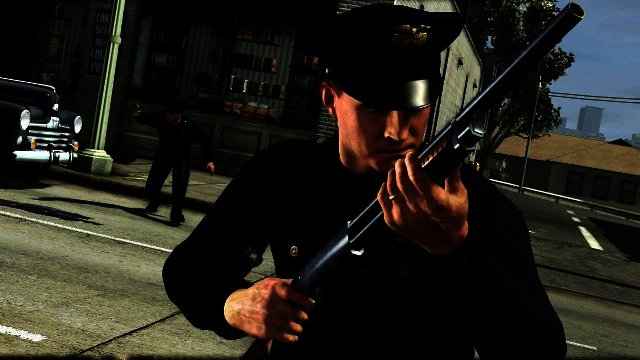 When the original Crysis was released it was heralded as the game to give your gaming PC a thorough workout. With Crysis 2's launch earlier this year Crytek had to scale back its insane graphical ambitions so as to make the game compatible with the PS3 and Xbox 360.

Now however Crytek is releasing a major PC patch for the game which will hopefully see it take up its mantle again. In an interview with Gamasutra, Crytek boss Cevat Yerli said, “Crysis 1's intention was, if I were to play it three years later, it looks great. And it does, actually, it fulfilled that. But it made it difficult for entry-level players. So with Crysis 2, we took a different direction, and it backfired a little bit.”

Next week's patch will see the game receive the eagerly anticipated DirectX 11 update, which Yerli described as “a gift to the high-end community.” According to the Crysis website, the DX11 ultra upgrade will support, “a wealth of graphical improvements and performance optimisation for both DX11 and DX9 API's.” When set to the new 'Ultra' setting, PC gamers will benefit from realtime local reflections and contact shadows, as well as hardware tessellation, parallax occlusion mapping and improvements for shadows, water, particles, depth of field and motion blur.

Let's hope the improved Crysis 2 will be able to stand shoulder to shoulder with the original, but if the patch notes are any indication, it definitely will. 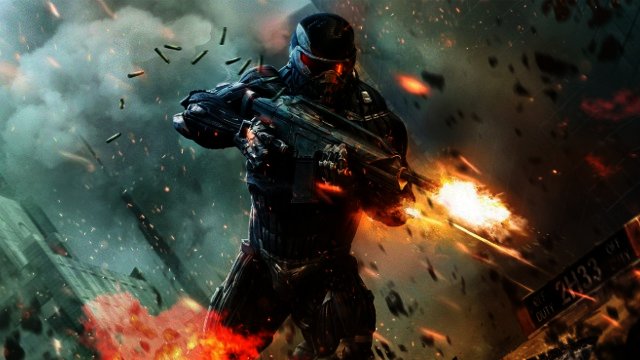 DICE's upcoming Battlefield 3 is shaping up to be one of the largest FPS titles ever, with the hype machine inflating even more than usual thanks to its rivalry with Activision's upcoming Modern Warfare 3.

The game will feature four distinct classes for players to utilise, with the latest issue of PSM3 magazine featuring a nice graphic explaining them (pictured). As in every Battlefield game, to be truly successful players need to work together, not just play the lone wolf. To this extent each class is designed to support the rest of your team.

In BF3 we see a few changes from Bad Company 2, with the largest being the fact that the Assault class now doubles as the Medic. Playing as Assault, gamers will take part in general front line fighting, with standard loadouts consisting of the M16 or AK-47 rifle. A medkit and defibrillator is also on hand to revive fallen allies, but players can opt for a grenade launcher if they don't feel like playing doctor.

The Support class will still be equipped with light machine gun options as standard (although you can mix and match), but instead of medkits the class now takes on the role of ammunition dispenser. Support players will usually lay down covering fire as allies advance.

The final two classes are the Engineer and Recon. The Engineer will once again be the main anti-vehicle class, equipped with anti-tank launchers, mines and a vehicle repair tool to keep friendly armour in the fight. The Recon class will be the go-to sniper, supporting his team by spotting and eliminating enemies from afar. The Recon will also be able to call in artillery strikes and use C4 explosives. 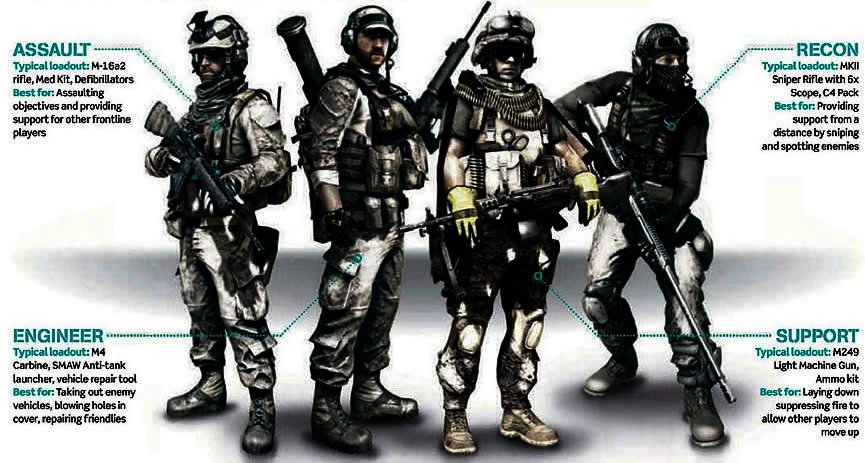 As far as developers are concerned, Valve holds a special place in our, and many other gamers' hearts. In addition to bringing us great franchises such as Half-Life, Portal and Left 4 Dead, the developer and publisher has now announced that its addictive Team Fortress 2 will now be free to play for all.

Team Fortress 2 is a team-based FPS which doesn't take itself too seriously. The game is filled with typical Valve funniness and the characters themselves are some of the more ridiculous, yet fun to play, we've seen in a shooter.

After four years on the market and with over 200 updates having been rolled out, the game is chock full of content and new extras. The announcement is part of the 'Uber Update', which is the largest game update since it shipped back in 2007. Team Fortress 2 is truly one of the most enjoyable multiplayer experiences you can have on the PC, with hilarious matches often taking place.

As part of the new announcement Valve also released the latest in their line of TF2 animated shorts, entitled “Meet the Medic”, which we strongly suggest you check out below. The full version of TF2 is now free to play for PC and Mac users via Steam. Go Valve.