Battlefield 3 launch DLC to be free

Battlefield developers DICE recently posted more details on its official blog around the Physical Warfare pack DLC which will be heading to BF3 after it launches later this year.

The announcement caused some controversy recently when it was revealed that those who pre-order Battlefield 3 will get day one access to the Physical Warfare pack, which includes the Back to Karkand expansion pack with additional maps and weapons.

DICE has now however made it clear that the DLC for Battlefield 3 will be made available to all players of the game at a later date, and absolutely free of charge. This means that, if you pre-order BF3 you'll get day one access to the extra content, but if not you'll still gain the content at a later date, and for free. 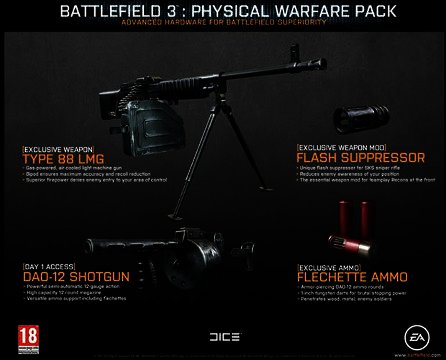 A couple of weeks ago we reported on EA launching its own online service to go head to head with Valve's Steam. EA's Origin service replaces the EA Store, and provides users a more streamlined portal to digitally purchasing EA titles.

Last week the new service saw its first bout of controversy, with reports surfacing that EA had pulled sci-fi shooter Crysis 2 from Steam's online store. While the blame was initially thought to lie with the mega publishers, EA recently confirmed to Gamefront that it had nothing to do with the game being removed from Steam.

According to EA's response, “Steam has imposed a set of business terms for developers hoping to sell content on that service – many of which are not imposed by other online game services. Unfortunately, Crytek has an agreement with another download service which violates the new rules from Steam and resulted in its expulsion of Crysis 2 from Steam.

The game is still available for online purchase from other retailers such as GameStop and Amazon, and is of course also available on Origin.com. Is this the first in a long line of bickering between EA and Valve's online sections? Quite possibly. 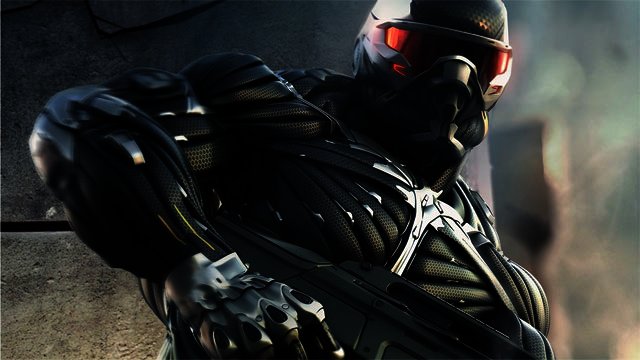 Gamers are already familiar with the unique and stealthy assassinations of titles such as Hitman, which put you in the shoes of a professional killer on a mission. Now Finnish developers, Shiver Games, is working on a new title which shares a few of Hitman's killing traits, only this time you play as a six-year-old boy.

Obviously, this is no ordinary kid however, with players taking on the role of Lucius, who is apparently the son of the devil. According to IGN, the third-person adventure game is going to be filled with all manner of nasty puzzles, with Lucius tasked with killing certain individuals without drawing attention to himself. The game plays off in a huge Victorian mansion, and is set to usher in at least one or two sleepless nights from players. Lucius is set to be released during the fourth quarter of this year. 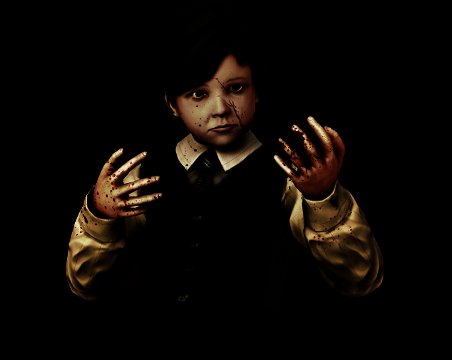 Gearbox Software's long awaited Duke Nukem Forever is finally in the hands of gamers around the world, but unfortunately initial reports suggest that Duke's comeback isn't steeped in as much glory as some of his previous exploits.

While we can't judge the new title for ourselves as of yet, the game has received strings of unfavourable reviews from gaming journalists and players around the world, culminating in metacritic averages ranging from 49 to 57 out of 100.

In lieu of some of the harsher reviews, Kotaku reported that a private PR firm recently attracted even more drama when Jim Redner, boss of The Redner Group tweeted that, “Too many went too far with their reviews... we r reviewing who get games next time and who doesn't based on today's venom.”

Redner later apologised for his outburst via email, saying that it was an emotionally motivated lapse in judgement. The mistake nevertheless caused 2K games to cancel their contract with the group, and raised some questions around reviewer freedom. 2K Games and Gearbox Software wasn't involved in the outburst in any way. 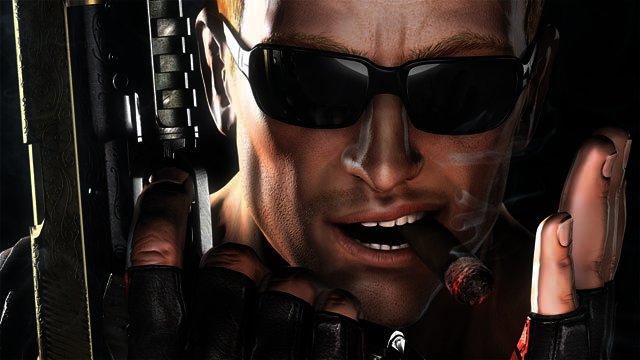 Get your game on this weekend

Another chilly June weekend awaits us, and what better time than now to put in some time in front of the old PC or console. In addition to crime solving in L.A. Noire or alien frying in Duke Nukem Forever, today sees EA's Alice: Madness Returns hit stores around the country.

The new title from developers Spicy Horse will delve players back into the dark and twisted world of American McGee's take on the classic Alice in Wonderland. The sequel builds on the first game's distinct art style and insane level design, and takes players on a journey through a demented Wonderland. Alice: Madness Returns is available now on PC, Xbox 360 and PlayStation 3, and if you aren't set on a decision yet our review of the game will be online sometime next week.
TAGS:
gaming news round-upduke nukembattlefield 3DICEEAAlice: Madness Returns
USER COMMENTS