The universal work-from-home era ushered in an age...
0
comments

We've been covering DICE's upcoming Battlefield 3 quite extensively since it's been announced, looking at everything from new trailers to class loadouts.

Now, a couple of additional details have been revealed for the heavily anticipated shooter. In addition to the Assault class now playing field doctor (a much more useful role in close quarters fighting), the Support class has also been upgraded to exude more realistic fighting abilities.

Playing as the Support class, players will again be utilising LMGs (light machine guns), but instead of simply spraying away, you'll have much more solid options this time around thanks to the introduction of bipods. Just as in real warfare, most LMGs will feature a deployable bipod to give soldiers a much more solid firing base.

When zooming in with your LMG either when prone, or when standing/crouching in front of suitable supports (such as a window sill), your weapons’ bipod will be automatically deployed. The stabilised shooting platform will allow a much higher level of accuracy and recoil reduction, enabling players to empty a full 200 round magazine without ever letting go of the trigger.

Players will also be able to keep the enemies' heads down much more effectively this time around with a new 'Suppressive Fire' mechanic being included in the game. When firing in close vicinity to an enemy, this new feature will display a graphical blur on the opponents' screen from the incoming barrage, letting him know that popping up your head is probably going to end badly. This mechanic further stresses the opponent by reducing his in-game accuracy, and as a bonus, laying down suppressive fire will grant you experience points just like healing or repairing vehicles does. 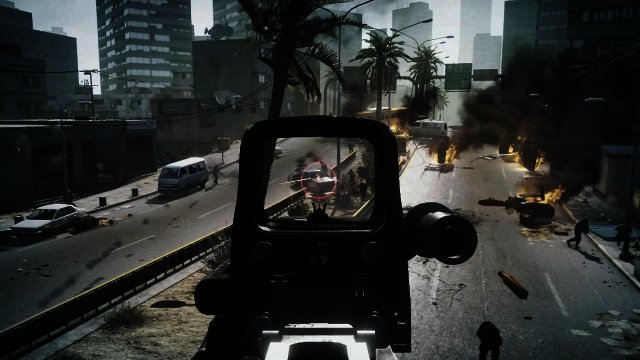 UK Education Secretary, Michael Gove, earlier this week spoke about the “huge potential” that games can have for science and maths teaching.

According to CVG, Gove said that games help children solve advanced mathematical problems at an earlier age than what used to be the norm. Commenting on research being done by Marcus du Sautoy at Oxford University, Goves said, “Computer games developed by Marcus du Sautoy are enabling children to engage with complex mathematical problems that would hitherto have been thought too advanced. When children need to solve equations in order to get more ammo to shoot the aliens, it is amazing how quickly they can learn.”

He also said that the UK Department of Education is working on a programme to use computer games to teach maths. Who knows, ones of these days kids might actually enjoy going to school.

Nintendo Wii U to support 3D

Nintendo's recently unveiled Wii successor, the Wii U, has been in the limelight for some time now, with speculation about what its high definition capabilities and tablet-like controller will be bringing to the world of gaming.

And while a lot of questions is still in the air, fans of 3D and owners of 3DTVs can take heart in the fact that it was recently revealed that the Wii U will indeed support 3D content.

In a recent interview with the San Jose Mercury News, Nintendo president Satoru Iwata said that, “If you are going to connect Wii U with a home TV capable of displaying 3D images, technologically, yes, it is going to be possible, but that's not the area we are focusing on.”

He continued saying that, “When it comes to 3D, we already have the 3DS, and each owner of the Nintendo 3DS is capable of viewing 3D images. However, when it comes to the home console, it depends upon the availability of 3D TV sets at home, which, unfortunately, is not expanding enough. And rather than pouring a lot of energy into that kind of area, with the Wii U we'd like to focus more on each Wii U owner being able to have an equal opportunity to enjoy it.” 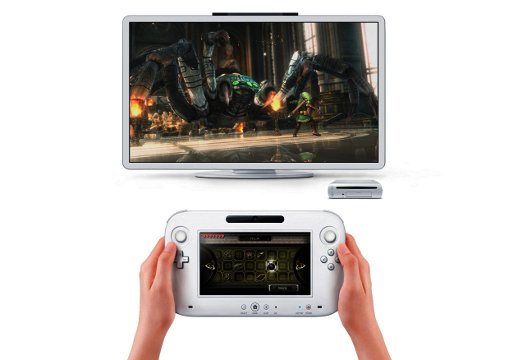 For our usual end-of-round-up video in this edition we're going to be looking at a game which is a little different from the norm. Indeed, it's not so much a game as it is a mod, with blackMonkeys.de recently releasing the Star Wars Mod: Galactic Warfare - a full blown modification of Infinity Ward's infamous Call of Duty 4: Modern Warfare, only with everything redone in Star Wars glory.

The project started with nothing more than a 3D model made for fun, and the idea eventually grew into a massive non-commercial fan project. The mod includes all the great gameplay staples of CoD4:MW and is set in the classic Star Wars universe, meaning players will be able to traverse all the greatest locations featured in the original trilogy, fighting for the tyrannical Empire or the Rebel Alliance.

If you're a Star Wars fan or a Call of Duty fan, or both (like us), then we highly recommend you check out the trailer below. The game is free to download and play from ModDB granted you own a copy of CoD4:MW, and if not, you can pick up the title today for around R150. It's really a joy to see the PC modding community still alive and well.

Where sustainable farming, cutting edge technology and smart investing converge
Change is the new normal - why loyalty will be top of mind for companies in 2022