At the helm of the Android army’s mobile charge is Gingerbread (Android 2.3 - 2.3.7), with a whopping 63.7% of users employing a Gingerbread-powered smartphone. Taking a distant second place is Froyo (Android 2.2), with 23.1% of active handsets running this version of Android. Completing the top 3 is Eclair (Android 2.1), which gobbles up 6% of the Android usage pie. 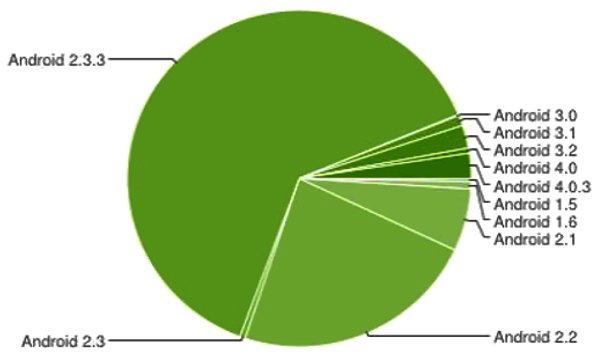 Image: Google
In February, Google’s senior VP of mobile and digital content Andy Rubin revealed that the year-on-year growth rate for Android-powered mobile devices is over 250%, with 850 000 new Android-running devices being activated daily. The total number of Android-operating smartphones and tablets around the world has surpassed the 300 million mark.