The latest version of Google’s mobile OS, Ice Cream Sandwich (ICS, Android 4.0 - 4.0.4), has not only managed to surpass the tablet-only Honeycomb (Android 3.0 - 3.2), but is also eyeing Eclair’s spot on the Android podium. ICS makes up 4.9% of Android users, whilst Honeycomb does duty on an unchanged 3.3% of the market.

The two most outdated versions of Android, namely Cupcake (Android 1.5) and Donut (Android 1.6), is still being used by only 1% of Android users, notching up 0.3% and 0.7% of the user pie respectively. 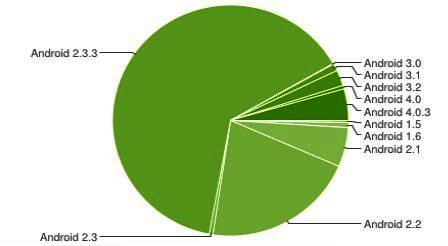