It was a busy day for HTC yesterday, announcing no less than seven new devices for the South African market. At a function held in the Design Quarter, Fourways, Johannesburg, HTC Corporation introduced three new smartphones, two Facebook integrated smartphones, a “superphone” and the HTC Flyer tablet. All of which will be on the shelves in the next month. 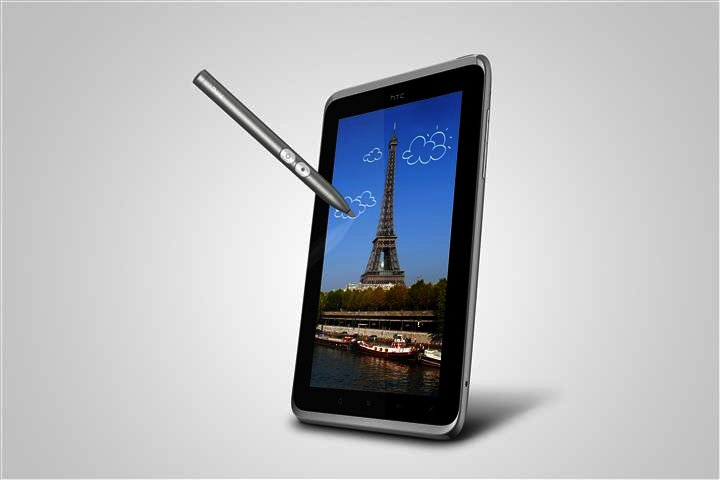 The HTC Flyer is of course the Taiwanese company’s 7” tablet that we first spotted at WMC in Barcelona earlier this year. It runs HTC’s Sense interface on top of Android 2.3 (Gingerbread, not Google’s 3.0 Honeycomb) and included is HTC Scribe Technology. Scribe according to HTC “transforms traditional note-taking into smart note-taking by integrating natural onscreen writing”, basically allowing you to write on-screen with a special pen and either share the creation online or save it for reference. For the brief period that we played with the device it impressed with its speed thanks to the 1.5 GHz Qualcomm Snapdragon processor, while the new 3D interface of the Sense skin looked very smart.

MTN jumped the gun a bit yesterday by announcing that the Flyer will be available for R299 on an MTN Anytime 100 package, which includes 150 MB of free data a month over a contract period of only 12 months. 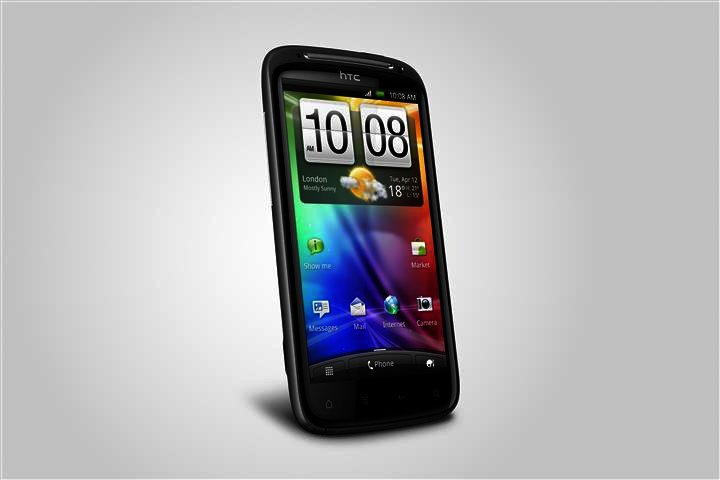 The new HTC Sensation  was only officially announced earlier this week in the UK, and already its making its appearance in SA. Dubbed a “superphone” by HTC, mainly due the dual-core 1.2 GHz Snapdragon processer, the Sensation looks set the be leader of the current smartphone pack here is SA.

It brags with a 4.3” qHD (540 x 960 pixels) display, a much higher resolution than found on previous HTC devices such as the new Desire S (480 x 800) but still not touching the iPhone 4’s (640 x 960) resolution. There’s also a new Sense skin, which introduces a redesigned  active lockscreen experience that transforms the lockscreen into a real-time window for information such as social updates, photos, weather or stock updates,  viewed by simply turning on the display.

Although across the waters users are treated to HTC Watch, an application and content service featured on the Sensation, South Africans are not so lucky. Representatives from HTC stated that this service is network dependent and that it is highly unlikely to see the light of day this year (which we interpreted as “Don’t hold your breath”). The phone is also HSPA+ enabled and should give excellent download speeds, depending of course on your service provider, which, for at least a month long period, will be Vodacom since they have an exclusive on the Sensation. 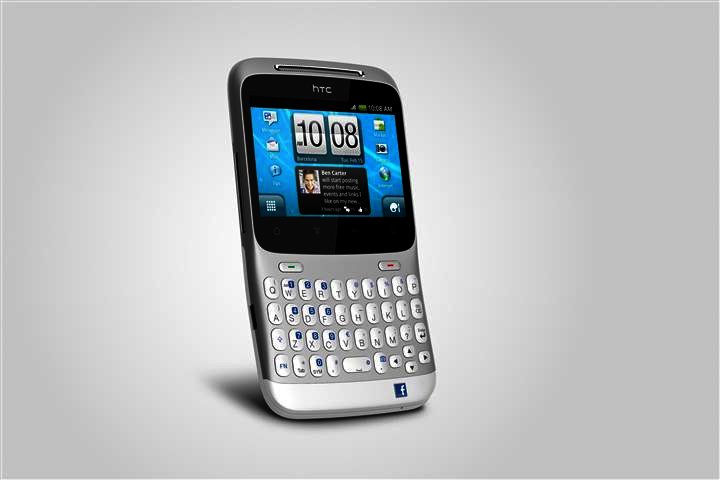 Social network junkies are going to adore the ChaCha and Salsa, both coming with an integrated Facebook button. Press the button and you have access to the key functions of the Facebook services that are integrated throughout the HTC Sense experience, including updating your status and sharing your location or photos.

Both devices feature Android’s latest Gingerbread 2.3.3 version, with the Salsa sporting a 3.4”, 480 x 320 resolution touch display. It was rather the Salsa that grabbed our attention with its integrated QWERTY keyboard, slanted body and 2.6” (480 x 320) screen. It is all the new BlackBerry Bold 9780 should have been and we got the impression that if the ChaCha featured a service such as BBM it would have been really tough times for RIM. 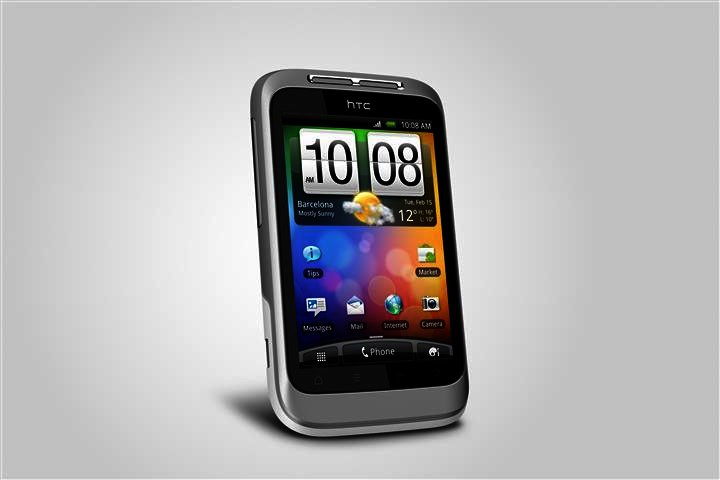 Finally HTC introduced three new models of previous HTC smartphones. The affordable Wildfire gets an update in the Wildfire S, HTC’s smallest phones ever – measuring just 101 x 59 x 12 mm. It boasts a 3.2” screen with a resolution of 320 x 480, and, as can be expected, this budget conscious device does not offer much in regards to processing speed (600 MHz), but includes a five megapixel snapper with auto-focus. 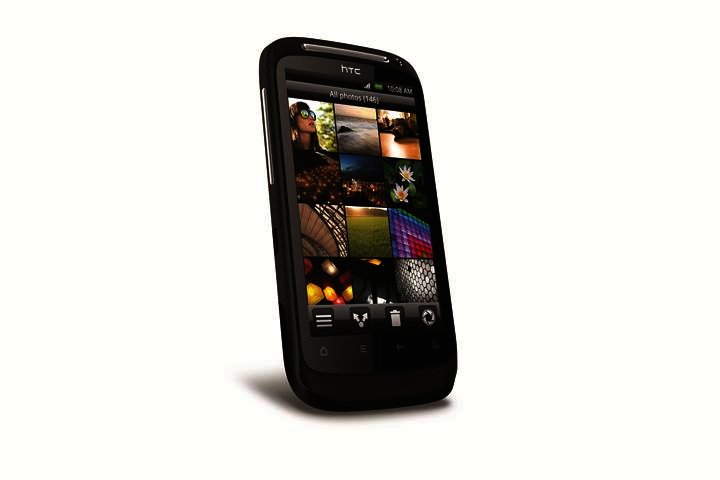 The Desire S
Inspired by the HTC Legend smartphone’s aluminium design, the HTC Desire S is sculpted out of a single block of aluminum making it feel solid and natural in your hand. With Qualcomm’s new 1 GHz Snapdragon MSM8255 processor, the HTC Desire S offers snappy performance and power. Also onboard is a 3.7” (480 x 800 pixels) Gorilla Glass display and Android 2.3 Gingerbread, but unfortunately it does not include the new HTC Sense interface as found on the premium Sensation. 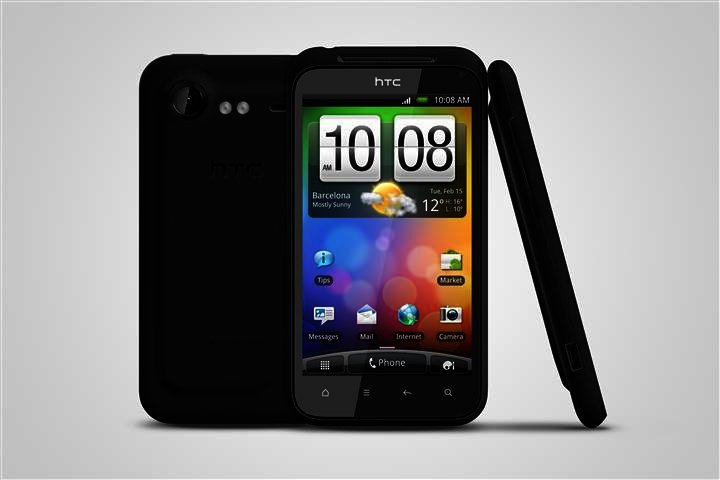 The Incredible S
Last but not least is the Incredible S that can be seen as a follow-up to the Desire HD. HTC reckons the contoured back design of the Incredible S “highlights the internal hardware components of the device”, and while you may or may not be impressed by the design, the phone is at least not slow, featuring the same 1 GHz Snapdragon as found on the Desire S. Also present is very impressive multimedia capabilities, such as surround sound, an eight megapixel camera, a front facing 1.3 megapixel camera and 720p video recording (the Desire S also has 720p recording, but only a five megapixel sharpshooter and VGA front-facing camera).

It’s a statement of intent that HTC is targeting the SA market so aggressively with the release of no less than six smartphones and one tablet – all of them of course running Android. No Windows devices were present, although Vladimir Malugin, HTC’s executive director of the Middle East and Africa Region, made it clear to TechSmart that this is not because of Windows Phone recently getting cosy with Nokia, stating that the Nokia/ Windows Phone tie up can only mean good things for the Windows Phone platform going forward.

All these phones will be available in SA in the upcoming month.
TAGS:
HTCFacebookChaChaSalsaFlyertablets
USER COMMENTS