Mozilla has released a new version its Firefox web browser for Windows, Mac, Linux as well as Google’s Android mobile operating system (OS). This latest version of Firefox follows right on the heels of the March release of Firefox 4, which had over 200 million downloads on Windows, Mac and Linux, plus millions of downloads emanating from the Android Market.

The company stated that its shift to a rapid release development cycle enables it to deliver cutting edge browser features, performance enhancements, security updates and stability improvements to users a lot quicker.

Firefox 5.0 includes north of 1000 improvements and performance enhancements that will make it simpler to discover and employ all of the features in Firefox. According to the company this release also adds support for more modern web technologies that allows developers to deliver Firefox Add-ons, web applications and websites more easily.

Mozilla’s new Firefox for Android release includes the Do Not Track privacy feature, which makes Firefox the first browser to support Do Not Track on multiple platforms. This Do Not Track functionality enables users to have more control over the way their browsing behaviour is tracked and utilised on the net. It allows users to inform websites that they wish to opt-out of online behavioural tracking. 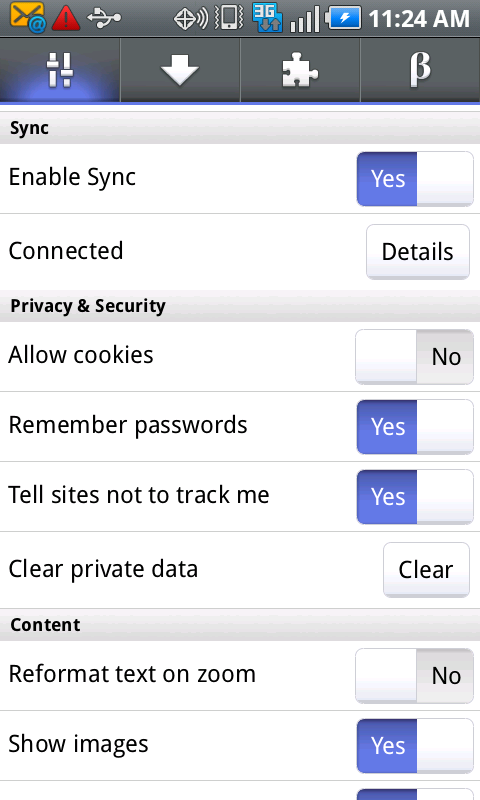 In order to get this latest version of Firefox for Windows, Mac or Linux click on “check for update” under the “About Firefox” menu or download (13 MB - PC) it from Mozilla’s website. Mobile users that have Firefox for Android installed will receive a notification to update to the latest version, whist new users can download (14 MB) it from the Android Market.

The latest browser war stats, as revealed by NetApplications, show that Internet Explorer leads the field with 54.27% market share, whilst Firefox comes in second notching up 21.71% and Google's Chrome placing third with 12.52% market share.