Mxit Money is a gateway for mobile payment services and allows users to transact with their mobile phones. Users are able to send money to other Mxit users for free, send funds to other cellphone users for a nominal fee (R7), and transact with this money.

So far, the list of transactions that can be made includes purchasing electricity, airtime or Mxit Moola (the social network’s own virtual currency). Other transactional services will be added over time.

Those users who want to make deposits and withdraw money are able to do so at more than 8 000 Standard Bank Access Points countrywide as well as participating Spar Supermarkets (600). Following the full-scale availability of this service next month, users will also be able to make withdrawals at Standard Bank ATMs.

The fees involved (set by Standard Bank) are as follows:

This mobile commerce platform makes use of Standard Bank’s Instant Money service. Instant Money is an electronic currency from Standard Bank, which the company mostly uses for person-to-person money transfers, where either one or both of the parties do not have a bank account.

Mxit CEO Alan Knott-Craig stated that the firm’s new partnership with Standard Bank will open the social network up to immense retail and trade possibilities and bring its users a new level of freedom. Knott-Craig explained that Mxit has been all about delivering communication freedom to its users (cheap instant messaging alternative to costlier SMSs) and now will also be bringing economic freedom, particularly to those who are unbanked (do not have bank accounts).

As of 15 August 2012 this service will be accessible to only 15 000 Mxit users. Users need to download the application, by adding Mxit Money as a contact within Mxit. They will then be prompted to request an invitation, in order make use of the services Mxit Money offers. The entire Mxit user base will be able to access this service in one month’s time (15th September). 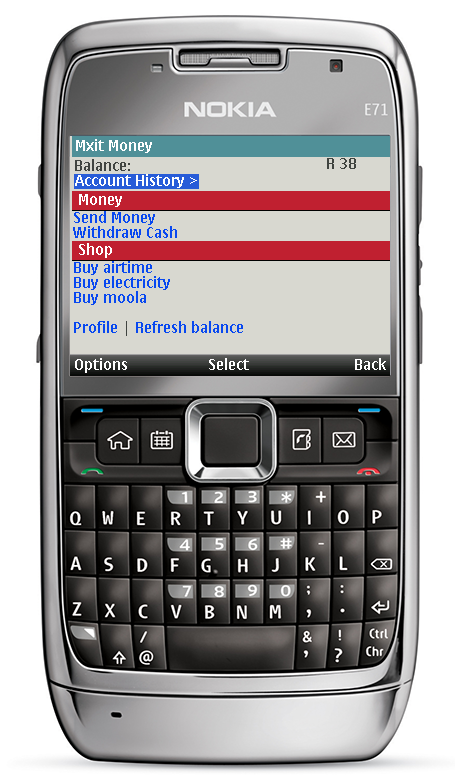 A standalone application for iPhone users is also available, but like the feature phone version (accessible via Mxit), this application is currently limited to select users with an invitation code. You can download the app from Apple’s App Store and register, whereafter an invitation code will be sent to you.

An Android version of this app is currently in the works and in the final stages of testing. Mxit developed the applications in collaboration with the Payments Team at FireID, a technology and innovation company from Stellenbosch.

“In a competitive and ever-changing marketplace, it is essential for banks to provide innovative solutions,” said John Campbell, head of Beyond Payments, Standard Bank’s innovations unit.

“By partnering with a social network and integrating into the Mxit Money platform, we have demonstrated that Instant Money can be used in the digital and real world to access funds, affect payments and transfer real money between people. We are proud to lead the digital sphere with Mxit, which continually evolves to meet changing customer and market needs. This is another demonstration of its leadership,” Campbell concluded.
TAGS:
Mxitlocal newsMxit Moneysocial networking
USER COMMENTS