The 7” Kindle Fire is based on the Android OS – but is not strictly speaking an Android tablet. Instead, it runs on a customised version of that mobile OS with its own interface, with apps created and modified for the device. Surprisingly, it does not accommodate Google’s Android Market.

According to Amazon, the device has a 1 GHz TI OMAP dual-core CPU, 512 MB of memory, and 8 GB of internal storage, although it is unclear at this point whether that is will be complemented by expandable storage or not.

The Kindle Fire also boasts a full color LCD touchscreen with 16 million colours, a far cry from the black and white display of the e-ink Kindle, along with IPS (in-plane switching) technology - similar to that found on the iPad, for an extra-wide viewing angle. The company explained that the Kindle Fire display is also “chemically strengthened to be twenty times stiffer and thirty times harder than plastic, which means it is incredibly durable and will stand up to accidental bumps and scrapes.”

However, the feature that is most impressing journalists, analysts and tech enthusiasts is the price. At $199 (approximately R1600), while being the company’s highest end product, it still easily falls in the affordable or “impressive Christmas gift for a loved one" category. 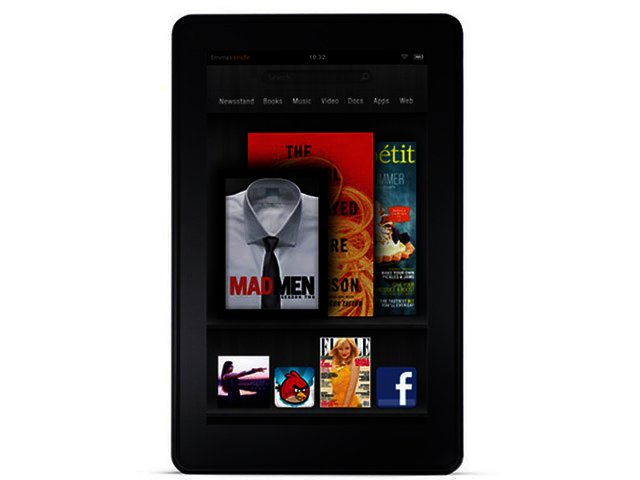 Playing to its strengths

As was expected, Amazon have gone all out to offer integrated digital content from Amazon with the Kindle Fire. According to the company, this includes:
Unfortunately though, it needs to be noted that the Kindle Fire and the associated serviced listed above, specify a US launch with availability towards the end of November. There is no word as yet how - or whether - these services will apply to the South African market, but at present, MP3 downloads are not supported in South Africa.

Clearly though, Amazon is stressing the Amazon content angle, and we do not know as yet whether it will apply to content purchased else, although we find it unlikely. This means that the Kindle Fire could very well end up being a tethered device, like the Kindle e-ink reader had its own format and was geared towards working with Amazon’s ebooks.

Like its e-readers, Kindle Fire offers free storage for all one’s Amazon digital content in the Amazon Cloud. Amazon digital content is automatically backed up for free and is available for re-downloading any time. Additionally, the Kindle Fire takes advantage of Amazon's Whispersync technology to automatically synchronise a user’s Kindle library, last page read, bookmarks, notes, and highlights across a variety of devices and platforms. However, on the Kindle Fire, this has been extended to include video, enabling users to start streaming a movie on their Kindle Fire, and when they get home, resume streaming where they left off on their TV.

New life in the old e-ink

One of the interesting developments from Amazon is the indication that it is not abandoning e-ink at all, with the announcement of three new e-ink e-readers. The first of these is the latest generation e-ink Kindle, which the company explained is 30% lighter and 18% smaller than previous iterations, and offers increased page turn speed, along with the same 6” display. It will have an RRP of $79 (approximately R640).

The Kindle Touch is another new addition to the e-ink range that boasts a touchscreen and enables users to turn pages, search, shop, and take notes without buttons, and is priced just below $100 (approximately R800). This is joined by the top of the range e-ink model, the Kindle Touch 3G, which offers the same new design and features of Kindle Touch but adds free 3G to the feature set. It will have a RRP of $150 (R1200). 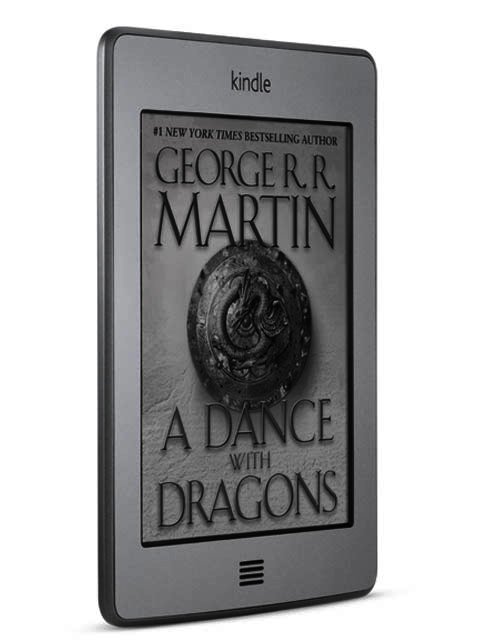 The new e-ink Kindles will be able to take advantage of a newly announced feature, X-Ray, which enables customers to explore the "bones of the book." With a single tap, readers can see all the passages across a book that mention ideas, fictional characters, historical figures, places or topics that interest them, as well as more detailed descriptions from Wikipedia and Shelfari, Amazon's community-powered encyclopedia for book lovers.

Perhaps the most interesting part of the new announcements is that it seems as though Amazon have focused on carving and extending the niche they created with the original Kindle, rather than trying to beat Apple at its iPad game, and then enticing customers to invest in one of their new offerings with rock-bottom prices. As the HP TouchPad fire sale demonstrated, users find it hard to argue with a great price, and that may just be what makes Amazon an ongoing winner in the ebook reader, and customised tablet, world.
TAGS:
AmazonKindleKindle firetabletse-ink readers
USER COMMENTS