In 2010 Tsubame 2.0 was ranked number two and this year it placed tenth on the Green500 list. This list is published twice a year and rates the 500 most energy efficient supercomputers in the world, based on performance achieved relative to the power that these consume. IBM’s BlueGene took top honours; in fact the BlueGene system occupy all five spots in the top ten on the Green500.

Nvidia said that Tsubame 2.0 is a heterogeneous supercomputer, as it combines the processing power of both CPUs (Intel Xeon processors) as well as GPUs, in order to accelerate a range of scientific and industrial research projects in Japan.

Heterogeneous GPU-accelerated systems are inherently more energy efficient than CPU-only systems, because applications can take advantage of the different processors for executing different tasks, according to Nvidia. This processing relay involves sequential parts of the application running on CPUs, whilst the data- and compute-intensive parts are accelerated by the massively parallel GPU processor.

Nvidia said that the latest Green500 list highlighted the energy efficiency of heterogeneous computer design, as five of the world’s ten most efficient systems, as well as 22 of the top 30 most efficient systems, utilise GPUs with CPUs.
In other supercomputer related news Fujitsu also recently announced the global availability of the PRIMEHPC FX10 supercomputer, which is capable of scaling to a top theoretical processing performance of 23.2 petaflops. 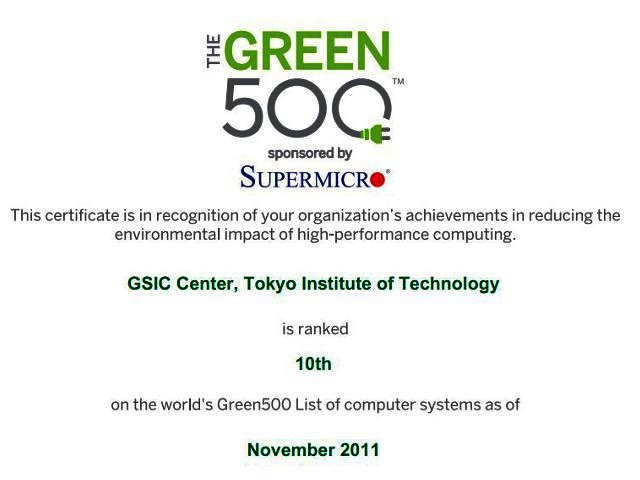