The Aspire Timeline Ultra M5 has been greatly anticipated, and looking at its specifications, it is not hard to see why. As well as boasting third generation Intel Core processors, Acer’s latest further offer graphics performance courtesy of Nvidia GeForce GT 640M with 1 GB DDR5 memory, and supports PhysX for more realistic games.

Most importantly, the company has pegged battery life at the eight hour mark; something frequent long distance travellers will no doubt appreciate. According to Acer, the ultrabooks will power on in six seconds, and be ready for action from a sleep state in a mere two seconds; while apparently the company’s Always Connect will secure an online connection in an almost equally speedy 2.5 seconds. 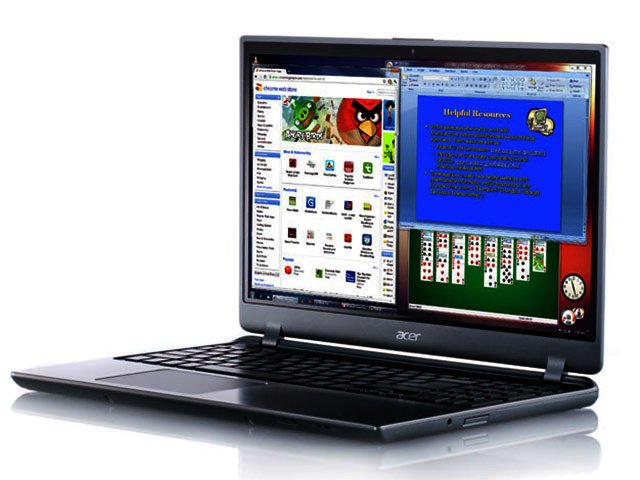 With a dedicated graphics solution, the Timeline Ultra M5 will certainly be
able to handle a lot more than a few rounds of Solitaire or Angry Birds.
Full featured

Further features include something not seen on many ultrabooks, namely an optical drive. Additionally, a feature that elicits a quiet hurray when we see it, is that both the 14” and 15” models will boast a backlit chiclet keyboard, but the only the 15” will include a numeric keypad.

According to Acer, an “ample” hard disk drive will offer plenty of space for large files, while an integrated solid-state drive (SSD) will enable instant-on capability. However, an SSD-only configuration is also available as an option.

As befitting the trend that has characterised ultrabooks this year, the M5 series clearly follow a calorie-restricted diet: the 14” device weighs in at below 2 kg’s, while the 15” offering is still respectable at below 2.3 kg’s. Moreover, both ultrabooks are 20 mm thin.

However, we suspect that the M5’s biggest selling point, at least for business users, may well come from its Intel Anti-Theft Technology. This allows owners to quickly and easily disable a lost or stolen ultrabook remotely from anywhere in the world, rendering it useless and completely inoperable to thieves.
Acer explained that, because the technology is built into the BIOS, it is tamper resistant and is activated as soon as the machine is turned on – even before startup. Additionally, should the Acer Aspire M5 series notebook be returned, all data and operability can be reactivated without harm to the notebook's data or digital content.

The Acer Aspire Timeline Ultra M5 Series notebooks will also include Acer AntiTheft, a free software-based protection solution. When enabled, the ultrabook recognises the distance from a designated Wi-Fi signal source, and if the system moves beyond three meters of the signal, a loud siren will sound from the ultrabook's speakers. This feature can easily be enabled and disabled. 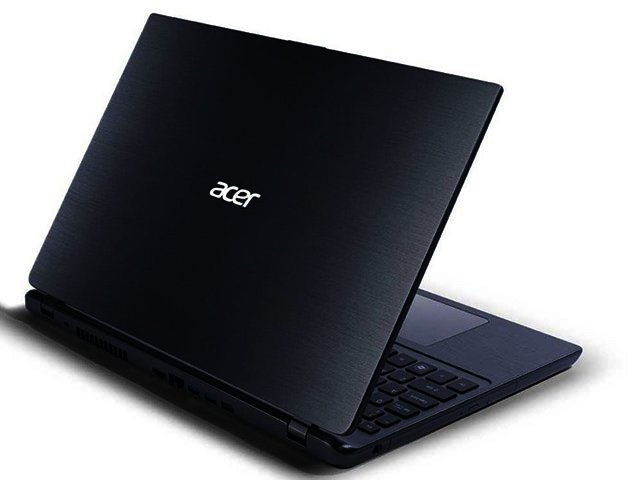 Yes, that is an optical drive on an ultrabook that you see.
To the point

Further sweetening the value proposition is that of a free upgrade to Windows 8 when it becomes available, according to Ryno Germishuys, Acer product Manager at Rectron.

“Even early adopters of these ultrabooks will be able to benefit not only from the extreme performance and ultra-portability, but also from the advantages that Windows 8 is expected to deliver,” commented Germishuys.

We should have a unit up for review in the coming weeks as well, and are greatly anticipating putting the Ultra M5 through its paces.