Following in the wake of its second generation Series 9 notebook announcement, Samsung has unveiled its new Samsung Notebook Series 5 Ultra ultrabooks, available in 13" and 14" guises.

And they are coming to South Africa sooner than we expected, hitting the shelves as early as next month.

Samsung’s Series 5 Ultra will be available locally at an approximate recommended retail price of R10 199 for the 13" variant and R10 299 for the 14" model.

Both variants sport a 300 nit HD (1366 x 768) LED SuperBright display with Image Enhancer-  and anti-reflective technology that allows users to use their PC in the office or outdoors.

According to Samsung, its Series 5 Ultra will deliver up to 6.4 hours of battery life from a single charge and as is the case with the new Series 9 notebooks, the Series 5 Ultra range is equipped with Samsung Battery Life Plus technology.

This technology will allow the battery to retain 80% of its original capacity for up to 1500 charges, with the company claiming that it will  “give users a battery that can last up to five times longer than other notebooks.”

The choice is yours

Users opting for the 14" notebook (20.9 mm thin and 1.84 kg light) can expect up to 8 GB memory and 16 GB iSSD with ExpressCache system, expanded storage space of up to 1 TB (terabyte, 1000 GB) as well as an AMD Radeon HD 7550M GPU with 1 GB of dedicated RAM. In terms of connectivity, the 14" model offers a full-size HDMI and VGA ports, an optical drive (amazing considering its thin frame), two USB 3.0 connections as well as one USB 2.0 port, a 4-in-1 multi SD card slot, Ethernet and webcam. 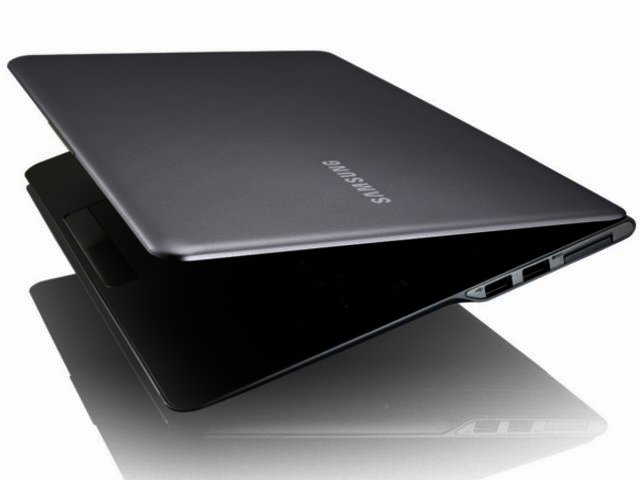 “Based on in-depth market research and consumer surveys, we propose a new type of Ultrabook which will change the perception of Ultrabooks among users,” said David Song, senior vice president, IT Solutions Business at Samsung Electronics.

“Our findings strongly indicate that consumers demand more than just thin and light devices, hoping for a satisfactory level of daily performance and storage, as digital files become larger. The Samsung Series 5 Ultra will be the first to answer these needs. The latest Samsung know how has been applied - our Series 5 Ultra positions the device for today’s fast changing media environment by adding greater value for consumers through a more balanced product concept.”