This new ultrabook comes standard with a 13.3” SuperBright LED-backlit screen (1366 x 768) complete with 300 Nits brightness, while it's ready to touch thanks to its ability to track 10 fingers simultaneously.

The Ultra Touch also includes a 3rd generation Intel Core i5 (3317U) processor, running at 1.7 GHz, and 4 GB of RAM to keep things flowing smoothly in Windows 8 Pro.

The price for this new beauty? R14 000, up quite a bit from the Samsung’s non-touch Series 5 ultrabook (review) that comes in at R10 200; although granted, a number of the specs differ in favour of the latest Ultra Touch. 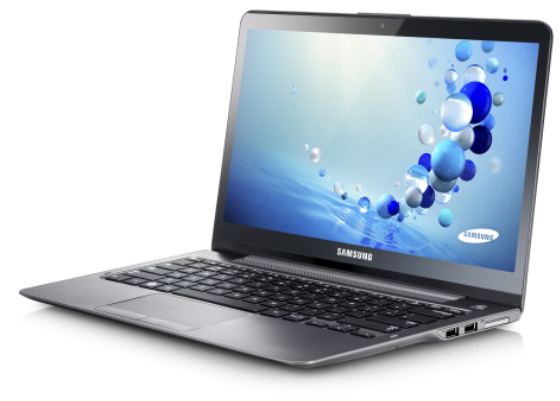 Samsung’s Ultra Touch tilts the scales at a light 1.69 kg, with the machine being just under 20 mm at its thickest. Included is a 500 GB hard disk, with Samsung opting to go for a 24 GB ExpressCache instead of a full SSD solution.

As with most ultrabooks, you can forget about a DVD drive, but the fact that the Touch Ultra includes two USB 2.0 slots and one USB 3.0, and one HDMI makes us happy. Furthermore, on the port side you’ll find a SD-card reader and LAN port, while your VGA connection is provided via a dongle.

Samsung claims 6.7 hours of power on a single charge, not bad considering it includes a regular hard drive, while also noting that the Battery Life Plus technology extends the overall battery life of up to 1 500 cycles / three years.

The Samsung Series 5 Ultra Touch should be available come December.

In related Samsung news, the Korean tech giant has announced that its Galaxy Note II phablet managed to hit the three million sales mark in the first 30 days of its availability.