Samsung Electronics recently surpassed the ten million global channel sales mark with its Galaxy SII smartphone. The Korean tech giant is now expanding on the SII range, at least in its own backyard, with the launch of the Galaxy S II LTE and Galaxy S II HD LTE in the Korean market.

The Galaxy S II LTE is Samsung’s first LTE (Long Term Evolution) smartphone to launch in South Korea, which the tech firm says will showcase LTE communication technology over and above the smartphone features offered by its current Galaxy S II.

Samsung stated that this LTE supporting smartphone boasts data transmission speeds that are five times faster than 3G, allowing the user to download 138 music files (4 MB), 110 eBooks (5 MB), and six HD games (90 MB) in a minute. Multimedia functions have also been improved including the 8 MP camera, which can record 1080p-level full HD video, as well as the TV-OUT function based on the MHL (Mobile High-Definition Link) adapter.

This new Android 2.3 (Gingerbread) running smartphone features a slim design (9.5 mm), which is slightly thicker than that of the SII (8.49 mm), as well as a 4.5” WVGA (480 x 800) Super AMOLED Plus display that is bigger than the already significant 4.27" size of the Galaxy SII’s display. It is powered by a 1.5 GHz dual core application processor (AP, unknown manufacturer), which is speedier than the dual-core 1.2 GHz ARM Cortex-A9 processor of the standard Galaxy SII. Also onboard is embedded 16 GB memory, a large battery capacity of 1850 mAh, NFC (near field communication), Wi-Fi n support, and Bluetooth 3.0. 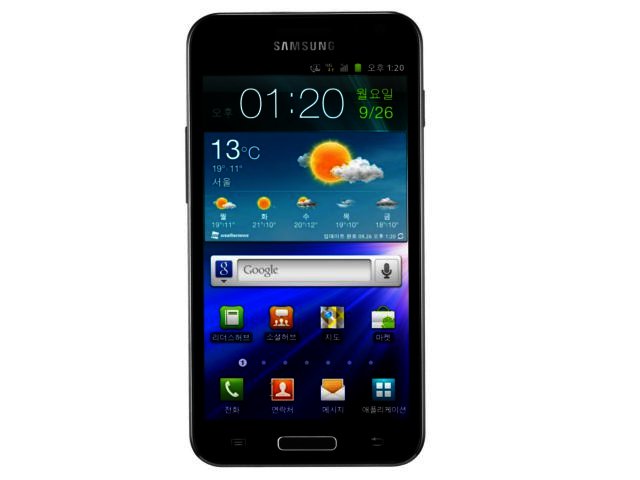 Boasting an HD (1280 x 720) resolution Super AMOLED touchscreen, Samsung’s first AMOLED display to feature 316 pixels per inch (ppi). This is higher than the standard 300 ppi and right up there with the iPhone 4’s 326 ppi and Nokia E6’s 328 ppi, resulting in substantial improvements in screen sharpness as well as readability.

According to Samsung the Galaxy S II HD LTE will serve as an “HD theater in hand” by offering an optimal environment for watching films, with features such as its large 4.65” screen size, screen ratio of 16:9, 110% natural color reproduction, as well as 180-degree viewing angle that ensures a clear image from far left or right. 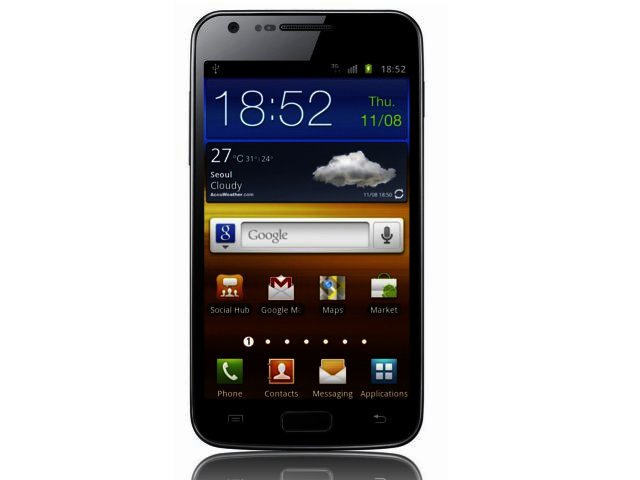 “Using the advanced technologies it has as the leader of the domestic smartphone market, Samsung Electronics will enable consumers to enjoy a truly smart life with the LTE smartphone,” said JK Shin, president and head of Samsung's Mobile Communications Business. “The company will continue to release innovative LTE smart devices in the domestic market, thereby leading the LTE market.”

No local release info is available yet for any of these new phones.