Sony SA has launched its new VAIO Z series, which promises mobility and style without compromising on specifications.

The new series, which is primarily aimed at professionals who need a thin and light notebook as well as optimum performance, weighs a hair over one kilogram (1.165 kilograms to be exact) and is 16.6 mm thick. It also features a high resolution HD display with an anti-reflective glossy finish.
Additional features of the VAIO Z series include the second generation Intel Core i7 processor and third generation SSD RAID, while the company claims that its Quick Boot functionality loads Windows 7 in approximately fourteen seconds.
Of particularly importance to those who like to play games or work on graphic and 3D programmes, the VAIO Z’s graphic solution is taken care of by an AMD Radeon HD 6650M with 1GB VRAM built-in. 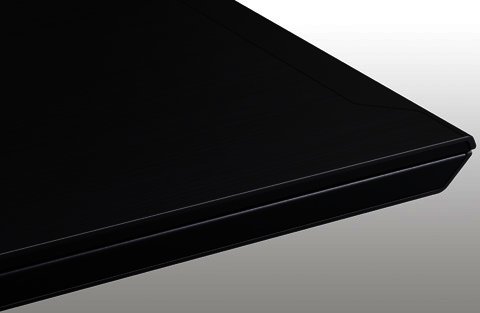 The performance of the VAIO Z Series can be further extended with the inclusion of the included power media dock - a docking station that links with the notebook via an optical cable. The proprietary port can also be used to attach regular USB devices to the VAIO when it’s not docked.
Along with high-speed I/O data transfer, based on the ‘Light Peak’ architecture, the Power Media Dock boosts graphics performance while providing a wide variety of connectivity options and slot-in Blu-ray disc drive.
With the Power Media Dock added, the VAIO Z Series can manage up to four displays (including the notebook screen) via HDMI and/or VGA output ports. In this configuration, the VAIO Z Series caters for users who need to work across several screens simultaneously.
Lighten up

Additional features on the VAIO Z series include a backlit keyboard that automatically lights up when its built-in sensor detects a dark environment, illuminating only the letters on the keys.
Digital noise-cancelling headphones enable users to listen to music without ambient noise distracting, and a direct microphone and HD web camera accommodate communicating on the VAIO Z.
Charged with Battery

One of the main requirements of a laptop designed for mobility is long battery life. The VAIO Z Series offers six and a half hours of continuous use. This can be further extended to thirteen hours by attaching an optional sheet battery. Also worth noting is that the sheet battery can be charged separately from the PC and added without removing the internal battery. The VAIO Z ships with two AC adapters.
Tough but stylish

Style wise, the VAIO Z Series has a ‘full-flat’ body and display lid that are crafted in tough, ultra-light carbon fibre. Both the VAIO Z Series and Power Media Dock feature a unique hexagonal edge design, adding a unique look while reinforcing durability.
The VAIO Z series joins the currently available VAIO C series. The new VAIO Z Series notebooks will be available at the beginning of August 2011, at quite an expensive RRP of R30 000 (the power media dock is included in the price).
TAGS:
Sony VAIOVAIO Z seriesnotebooksthin and light
USER COMMENTS